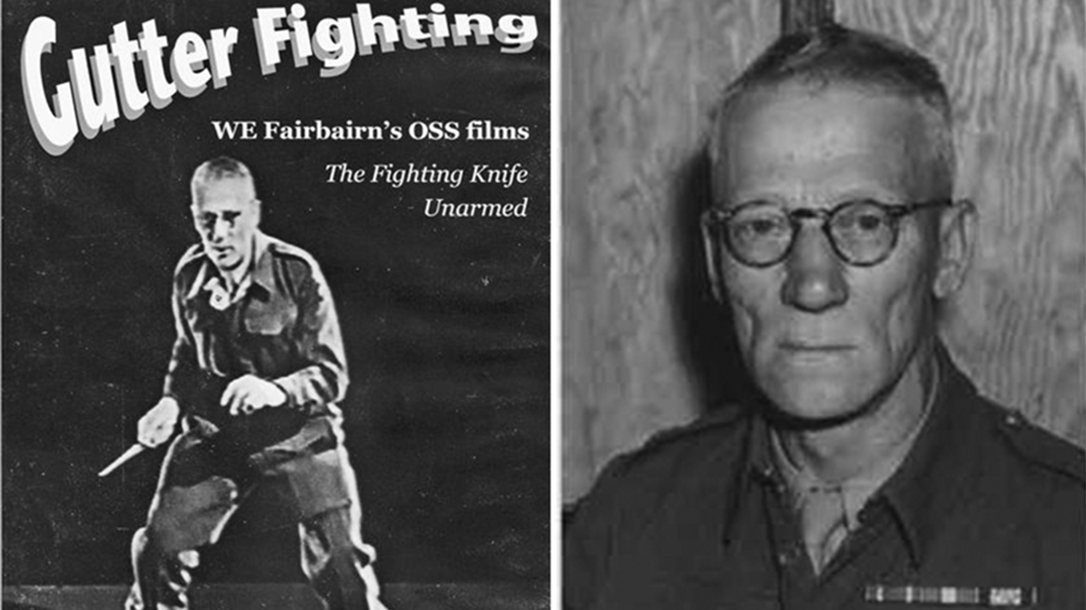 The “House of Horrors” from William E Fairbairn was something special. Smoke fills the doorway as the recruit, armed with a .45-caliber pistol, hears several quick reports of gunfire. The candidate maneuvers from room to room, often lying flat to peek around corners and down hallways. Following the screams and sporadic sounds of shots fired, the student wobbles on shifting floorboards. He’s further confused by elongated mirrors. Constantly assessing shapes and shadows as a “threat” or “no threat” while suppressing fear and anxiety, the pistol-wielding recruit clearly focuses on his surroundings and sudden movements. Double taps of a .45 ring on to several armed silhouettes, and then the instructor halts the scenario. The needle no longer on the record, the fireworks have all exploded, and the smoke dissipates.

The student has passed the training scenario in Fairbairn’s “House of Horrors,” the predecessor to today’s modern shoot houses. Decades before “SWAT” was a primetime TV show and before newspapers reported of hostage rescues by specially trained police officers wearing ballistic vests, carrying submachine guns and short-barrel carbines who deployed from kitted-out, call-out vans, William E Fairbairn and the Shanghai Municipal Police created in 1925 the first well-documented special response unit.

Fairbairn survived scores of shootouts with criminals in the streets of Shanghai, along with hundreds of fights with edged weapons. Utilizing a five-person entry team clad in homemade ballistic vests and with shields and a sniper team in overwatch, Fairbairn’s “Reserve Unit” components were conducting raids and rescuing hostages during a plague of gang violence in the 1930s. Fugitive tracking assignments on Fairbairn’s teams were ahead of their time. They would wear plainclothes, grip a pistol in their pockets, and blend into the population to get eyes on fugitives. Coordinated efforts with spotters, runners, and entry teams resulted in multiple arrests, as well as Thompson submachine guns and .45-caliber pistols shooting through the walls and floorboards between cops and criminals.

The organizational chart of the SMP was a tree of multiple units. Those units were comprised of Japanese, British, American, Sikh, and Chinese cops. They battled opium operations, assassins, street gangs, and prolific kidnappers who had turned sections of Shanghai into battlegrounds. Needing to adapt to the elevating violence in this urban environment, the SMP leaned heavily on Fairbairn. They drew from his experiences surviving thousands of blade-to-limb conflicts, bullet-to-body confrontations and fist-to-face arrests.

From his street experiences, Fairbairn developed a system of maneuvers to quickly incapacitate an opponent. Often faced with a blade or a bullet, Fairbairn learned to strike first and disarm criminals of their knifes, pistols, pipes, bricks and any other gutter weapons used in the streets. For many years, Fairbairn trained in Judo. He learned from his Japanese counterparts in the SMP. He then incorporated boxing into his system known as “Gutter Fighting.”

Spy Vs Spy: Training The OSS And SOE

After his decades with the SMP, Fairbairn joined Churchill’s ranks during World War II. They tasked him with the ultimate responsibility of training men and women in the classified camps. His job was to create Allied spies in Britain’s Strategic Operations Executive (SOE) and America’s Office of Strategic Services (OSS). But not just any spies. He created spies who could survive close-quarters contact with an enemy deep behind the Axis’ lines of operation.

Fairbairn became known for introducing himself to a new class by standing atop a flight of stairs and then rolling down them only to spring up in front of the recruits with his dagger in one hand and a pistol in the other. For years, he worked with E.A. Sykes in the SMP. Sykes, a police sniper, and Fairbairn developed a knife, now known as the Fairbairn-Sykes Dagger, which became a prominent piece of equipment in the spy circuits.

Recruits learned his “double-tap” firing technique to increase accuracy against shadowy silhouettes in dark alleys, homes and enemy headquarters. Aside from knives and guns, he trained them with his cosh; it’s a device armed with a skull-splitting steel sphere attached to the end of a handheld, collapsible metallic rod.

With both female and male recruits, these classified camps trained Allied spies to insert into hostile areas via airborne and waterborne insertions. These recruits needed to live among the indigenous populations and to build networks of supporters while sharing actionable intelligence and committing sabotage against the Axis armies.

With no quick-reaction forces or any form of direct-action rescues to support them, Fairbairn’s operatives trained to survive on their wits and possibly, if compromised, their hits. His only rule while training them in his “Gutter Fighting” style was kill or be killed. Comprised of simple, down-and-dirty movements meant to disarm or dispatch the enemy, Gutter Fighting utilized debilitating knee spears, groin grabs, elbow strikes, choke holds and a multitude of severe strikes and holds.

Fairbairn’s system was first published in 1931 in his book Scientific Self Defense. Then, for the American reading market, Fairbairn’s book Get Tough! How To Win In Hand-To-Hand Fighting later became published with multiple pages of illustrations and concise paragraphs for quick digestion of the material.

Decades later, Leroy Thompson comprehensively documented Fairbairn’s contributions to law enforcement and his efforts training the spies of World War II in his book The World’s First SWAT Team: William E Fairbairn and The Shanghai Municipal Police Reserve Unit. Fairbairn’s influence still resonates in training and missions throughout the world today. And it will more than likely still be seen in the covert operations of tomorrow for the foreseeable future.