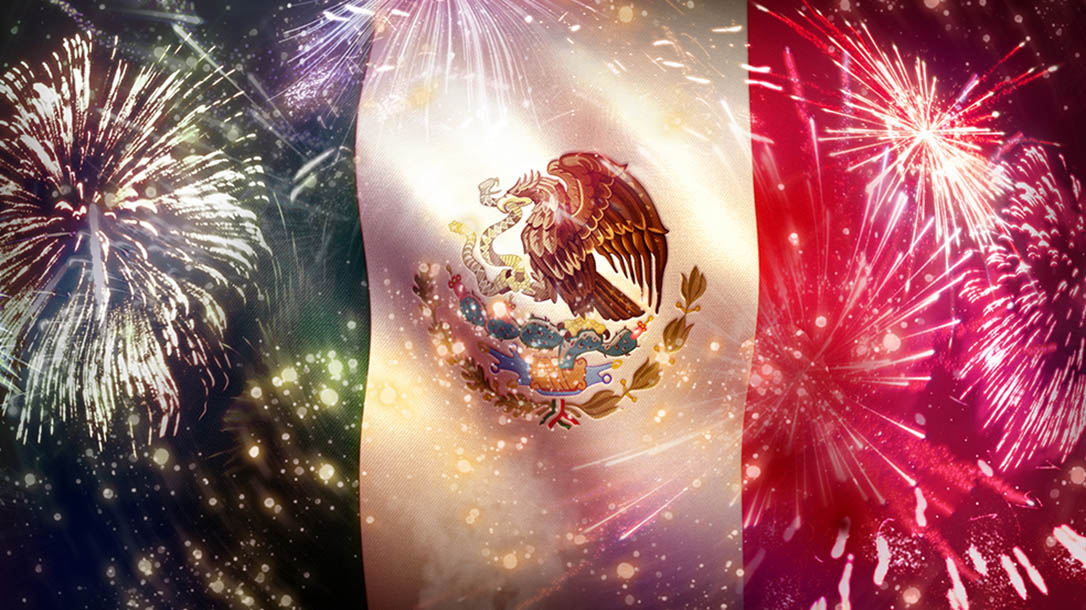 Why We Celebrate Cinco De Mayo: It’s Time To Flex Your Spanish

Will it be an ice-cold Corona or Tecate – or maybe just one of both? Perhaps a frozen margarita might be even better? These kinds of questions may be common questions for many when it comes to Cinco de Mayo.

But how did this “holiday” come about and what really happened to make May 5 such a reason to celebrate anyway? The answer to that question dates back to 1862 and the Mexican Army fighting to rid the country of the French empire.

A Battle, Not Just Beers

Cinco de Mayo traces its roots to the village of Puebla, located about 90 miles southeast of Mexico City. The country was in financial disarray in 1861 after the country’s own civil war from 1858-60. By 1861, the government defaulted on loan repayments to European countries under new President ​​Benito Juárez.

The debt-holding Europeans didn’t take this well. Like a mob boss seeking a debt repayment, France, Britain, and Spain naval forces landed at Veracruz to “negotiate.” Britain and Spain actually reached repayment deals with the country and headed home. However, France under Napoleon III decided to invade with expansionist plans in mind.

French troops headed west and soon had Juárez and his government on the run. After winning several battles and skirmishes, the Mexican army holed up in the small, yet heavily fortified, town of Puebla.

Mexican troops were a volunteer force, poorly equipped and trained compared to 6,000 high-skilled French troops (4,000 of those used at Puebla). Estimates put the Mexican troops at Puebla at about 2,000.

In the early morning hours of May 5, 1862, French forces attacked Fort Guadalupe and Fort Loreto in Peubla. Artillery battered the two forts, but Mexican troops led by Texas-born General Ignacio Zaragoza held on and fought back. The two structures were located on top of a hill, making French efforts to capture them more difficult.

By the early afternoon, the French brought in reserve forces and soon ran out of ammunition.  The fighting lasted through late in the evening before French forces finally retreated with about 500 soldiers dead compared to only about 100 for the Mexican army.

The Battle of Puebla became an inspirational moment for Mexico, but is not the country’s Independence Day as many may think. In fact, French forces regrouped and went on to win the second Battle of Puebla and then advanced on to Mexico City to take the country.

Juárez fled to northern Mexico and stayed in exile. Despite French rule, resistance continued including with support from the U.S., and the French pulled out of Mexico in 1867.

The battle was remembered as a motivational victory for many Mexicans, similar to cries of “remember the Alamo” by Texan forces in that state’s battle for independence.

The “Battle of Puebla” or “Cinco de Mayo” is celebrated around Puebla still today with military parades and battle recreations. But the fifth of May isn’t considered a major nationwide holiday. Mexican Independence Day is celebrated on Sept. 16 and receives much more of a celebration.

However, the neighbor to the north embraced Cinco de Mayo more than a century after those brave Mexicans faced off with French forces.

Most Americans heading to the neighborhood bar for some Cinco de Mayo fun probably have no idea why May 5 is cause for celebration. So why does a more obscure Mexican holiday bring out the booze hounds each year?

Capitalism may have something to do with it. Anheuser-Busch, Coors, and Miller spent millions of dollars in the 1980s to promote Cinco de Mayo specials. The holiday became another reason to celebrate similar to St. Patrick’s Day.

Mexican beers and tequila brands became more popular and added to the hoopla along with restaurants and bars. The holiday became particularly popular in states with a distinctly Mexican history like Texas, Arizona, and California.

The tradition also became a way to celebrate that culture and history in these regions. A nice Corona mixed with some enchiladas and fajitas has become a spring rite of passage for many.

“Most people drinking in the bars have no idea that it’s celebrating the strength in the power and the resilience of Mexican people to overcome invaders who are trying to take their land,” associate professor of Chicana and Chicano Studies at California State University, Fullerton Alexandro Gradilla told USA Today.

So when heading out for that next May 5 Modelo or plate of tacos, remember Cinco de Mayo honors some real bravery and determination. Everyone can drink to that!