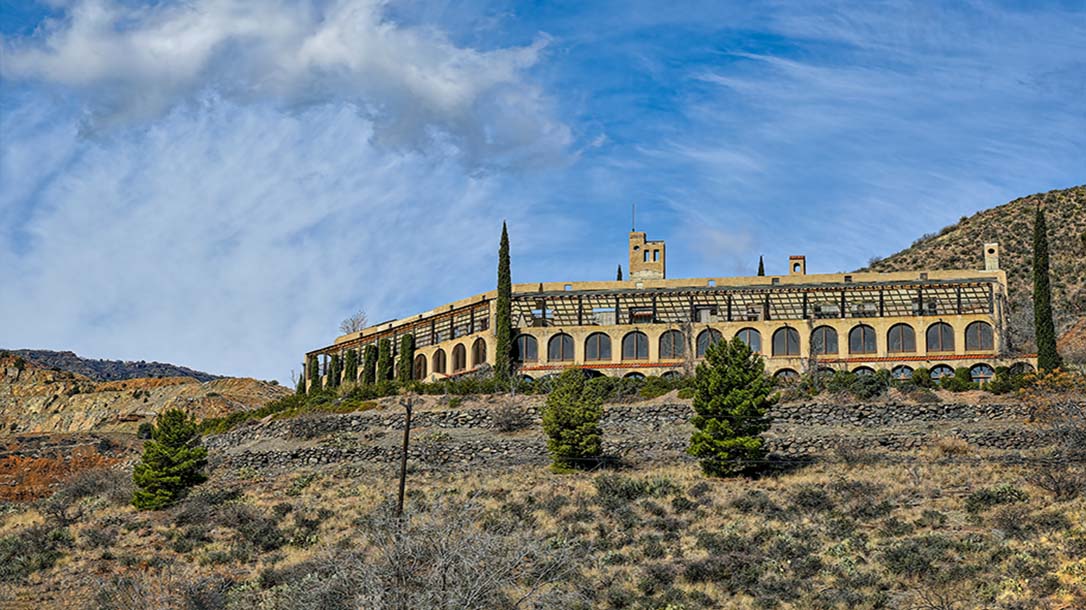 Where The West Was Won: Az Ghost Towns And Their Haunted History

A ghost town is defined as an abandoned or nearly abandoned settlement, town, or city. Any historic site once alive with residents, substantial infrastructure, and possibly roads can be referred to as a ghost town. There are about 3,800 ghost towns in the United States, and some of the most famous are located within Arizona.

In the early western US, many settlements were established as mining towns, dreamed into reality by men hungry to strike it rich and make for a successful town. Sadly many of these towns and others were eventually abandoned due to the disastrous effects of economic decline. And that wasn’t the only peril. Early towns also suffered natural calamities such as droughts, floods, and extreme heat or cold, and others went abandoned because of government, pollution, or war. Others cruelly bled to their end because of lawlessness.

Hundreds of restored historic sites in the US are currently functioning as tourist-friendly heritage towns or ghost towns. Interestingly, hundreds more are unrestored, and many of these unrestored ghost towns can be visited and explored.

Some ghost town sites are privately owned and become developed into extravagant vacation destinations. Others are completely abandoned and exist now as lost sites of decrepit remains, wasting away under the sun like bone dust, their monuments of evidence disappearing, the frail graves of those who perished there being swallowed into the earth as time slowly passes it all over.

Arizona contains some of the most famous and fascinating ghost towns in the US. Here is a little wild west history behind a few of Arizona’s oldest, haunted, and most special ghost towns:

The earliest established mining town in Arizona. The ghost town of Chloride, located in Mojave County, 20 miles from Kingman, was founded in 1863, with the knowledge of gold, silver, lead, zinc, and turquoise being abundant in the area, although mining didn’t begin just yet. There was contentious tension over the land’s resources with the Hualapai Indians. By the early 1870s, a treaty was signed with the Hualapai Indians, and mining was finally able to begin. Production boomed. In 1873, a population expansion signaled the town needed a post office, and it got one.

It closed but reopened in 1893 and is the oldest consistently operating post office in the state of Arizona. The Santa Fe Railroad opened in 1898 and lengthened its tracks from Kingman to Chloride, which provided traveling and cargo service. Chloride’s most successful mining years were between 1900-1920, seeing a population peak in those years. In 1935, the Santa Fe Railroad closed the station near Chloride, a nail in the coffin for the town. The population was in decline.

The Deadly Mines Below

Soon the mines in the hills became uneconomic because of the inflated cost of materials and labor. The mines were closed by 1944, and the town was nearly abandoned by then. In the 1960s, a group of counterculture hippies claimed home to the hills east of town. The leader Roy Purcell painted a 2,000 squares foot set of murals on boulders, the “Chloride Murals.” He came back 40 years later and repainted them. They remain vibrant artifacts of the town’s history.

Today, Chloride is a quiet little town with a population of less than 400. This quaint piece of the old west does offer a few unique experiences. There is a preserved old jail, train station, post office, an old miner’s house restored as the Jim Fritz Museum, and a cemetery.

Located in Santa Cruz County, which is about 70 miles from Tucson. Ruby was established as a mining town by the late 1870s, mining for gold, silver, lead, zinc, and copper. The population rose at the turn of the century, and in 1912 the town got a post office. Ruby became known to be a troubled place. Townspeople endured the detrimental effects of violence and lawlessness.

The Ruby Murders occurred from 1920-1922, which saw three double homicides committed in town and the area. It resulted in the biggest-ever manhunt in the Southwest, with the first airplane used in a manhunt. Sadly by the 1940s, Ruby lay abandoned, and the mines closed due to the ore running out.

Today, Ruby is one of the best-preserved ghost towns in the US, with 20 buildings still standing. The well-preserved town and its history are genuinely breathtaking in Ruby.

An Arizona ghost town staple sits proudly in the Black Hills of Yavapai County, located between Prescott and Sedona. It is an important site of ancient history, too much to expound on here. Its modern history started in 1876 when three prospectors claimed the land’s high abundance of copper. They sold out to a few venturers who formed the United Verde Copper Company in 1883, and mining began soon after. The United Verde mine was Arizona’s most productive copper mine by the 20th century. By the 1920s, the population was at its peak, and copper production was booming.

Eventually, however, issues with diminishing returns on ore deposits and the effects of the Great Depression from 1929 and 1939 caused a mess of things. Mining operations closed for good in 1953 when a profit wasn’t feasible. In the 1960s, free spirits, artists, and craftspeople found the town, creating and instilling a defining culture.

Today, about 400 people live in Jerome. The town serves two purposes: a ghost town popular with tourists and a cynosure for the artistic community. For visitors, Jerome has many unique features, offering much to do and explore, such as the famous Douglas Mansion museum.

Here are some of the most famous haunted historic ghost town locations in Arizona:

1. The Jerome Grand Hotel, formerly the United Verde Hospital. Nearly 9,000 people perished in this location. Locals and guests alike say that paranormal activity permeates the halls of this place.

2. The Copper Queen Hotel in Bisbee has been open since 1902. A woman hanged herself there and is said to be haunting the hotel and other resident ghosts.

3. The Oliver House is a Bisbee bed and breakfast with a horrible history. The house is alive at night and is well-known to be one of the most haunted houses in Arizona, with several resident ghosts.

4. The Buford House Bed and Breakfast in Tombstone is an adobe home with a grim history of murder and suicide. It is said fervently by locals and those who have stayed there that it is the most haunted in the Southwest.

5. The iconic Bird Cage Theatre in Tombstone is a historical museum. It was once a saloon and brothel and was the site of a gruesome murder. This is a popular spot for ghost activity.

6. The Yuma Territorial Prison in Yuma was open from 1876 to 1909, housing over 3,000 prisoners. A graveyard is on site where 104 prisoners are buried. It’s been named one of the most haunted destinations in Arizona.