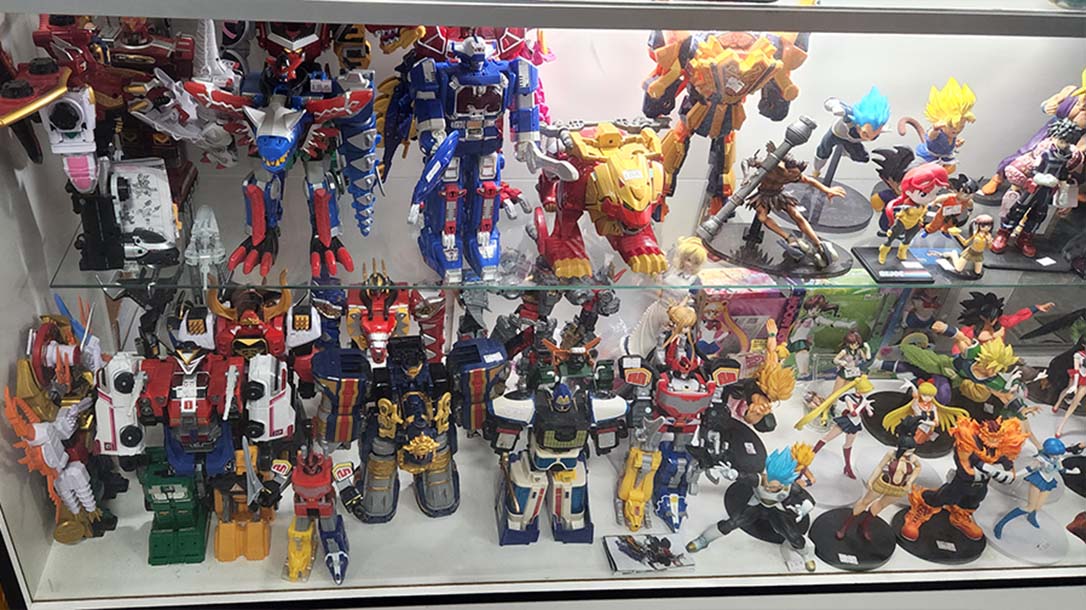 Those Vintage Action Figures Could Be Worth A Fortune

For decades, toys like transformers, G.I. Joe, Star Wars, and even Barbie have entertained young ones for hours as they recreated scenes from their favorite cartoons and movies. They played hard until they reached that age when toys were for younger kids and they moved on to whatever sparked a teenager’s interest during the years of the sixties, seventies, and eighties.

Vintage Action Figures And Their Value

Well, those times are back, sort of. The children of those very decades, now with the financial means and the ability to find their past loved toys, have once again decided to collect those same toys, but this time for financial gain rather than the thrill of the play (and a bit of nostalgia).

In fact, those toys, along with a plethora of others from past generations (and some from present times) can fetch a hearty price, sometimes in the thousands or tens of thousands of dollars.

Here, we dive into the lesser-known world of vintage action figures and toy collecting, where to find these forgotten treasures, and how, not dissimilarly like the stock market, use wise investing and opportunity buying for a profitable future.

First off, it must be discussed that the words old, vintage, or antique doesn’t equate to valuable, rare, or sought after. This is so important because if you don’t understand this simple fact, you’re collecting journey may incur a lot of time and money and yet produce little results, and this is something you definitely don’t want. Knowing what’s in demand (yes, supply and demand, to a point) and what toys or figures are known to hold their value through the ups and downs of the economy is essential in making this hobby a profitable one.

Furthermore, one must avoid the “hot” toys of the time, or the “flavor of the month” because by following these trends, you could be burned by either buying too high and then not being able to sell because the property has cooled, or by buying up all related toys only to have the movie, cartoon, or televisions series get canceled due to poor ratings.

As mentioned above, some toy lines are gold, while others aren’t worth the plastic used to produce them. With that in mind, going into this hobby blind is a very dumb (sorry) idea. You need to put some research time in long before you make your first purchase. This can be done by visiting your local comic/action figure store. There you can pick the owner’s brain, check out the vintage toys and figures on display and begin to get a sense of what’s valuable and what’s only bought for personal nostalgic feelings. After that, hit the vintage toy website message boards.

There you can get a good feel of the market, as well as the ability to ask questions directly to members of the toy community. Finally, scanning online selling sites like eBay and Mercari (more on these later) can give you a sense of general pricing for a variety of toy lines and figures.

Now it’s time to make your first purchase (I mean investment), but first, you need to find the item. You can find vintage figures at a variety of places, some you may pay more than you want to, while others will seem like a steal and you may even feel guilty (that passes quickly, though) knowing the toy is worth so much more than the sticker price. First, individual or community flea markets and tag sales are a great place to hunt.

Many times, families are cleaning out their attics or basements and want to unload years of “junk.” This junk could be your treasure, especially if it’s toys from major, in-demand lines and the sellers are oblivious to this fact. Don’t act too giddy or overly happy during the deal. Just make a decent offer, act natural, and BOOM, your first buy! Additionally, you can find vintage action figures at thrift shops, independent toy shops, antique shops, and so forth.

Bear in mind, those people that are “in the business” will know their value, but you can still haggle and if they just want to unload it and put money in their pocket, you can possibly get a very good deal. Finally, online sites are loaded with vintage toys to buy. Again, most will know the toy’s value, but using eBay, Mercari, Offer Up, or any number of other sites and apps, you may find those people just out to clear their home of clutter and will take any reasonable price to do it. Be both patient and smart when you buy.

When buying or even selling for that matter, the condition is a major part of the pricing structure, especially when it comes to vintage figures or toys. Unopened boxed playsets or carded figures fetch the best prices, and even then, the condition of the box (damaged, faded, ripped, etc.) can further alter the asking price. Loose figures are also an option and again, condition will dictate pricing. Additionally, loose figures missing key accessories drop pricing lower, but perhaps this can help you by those toys falling into your own personal budget.

One other area to consider is the graded figure market. Recently, more collectors are choosing to have their vintage toys graded. This allows them to have a very distinct pricing level for both buying and selling. It also prominently displays the toy’s flaws (or lack thereof) so there is complete transparency on the condition of the item. Though there are costs involved with the grading process, in the long run, your money put in can be multiplied many times over once you have it graded and sold.

The early bird catches the worm, so it’s vastly important to keep hunting, non-stop, to ensure you find the best deals or get “in” before other hunters. Action figure or toy collecting is not an exact science, but more of a combination of being in the right place at the right time, having some relevant knowledge, and a few pinches of dumb luck thrown in. The key is to have fun and hopefully make a buck or two, or a thousand in the process.