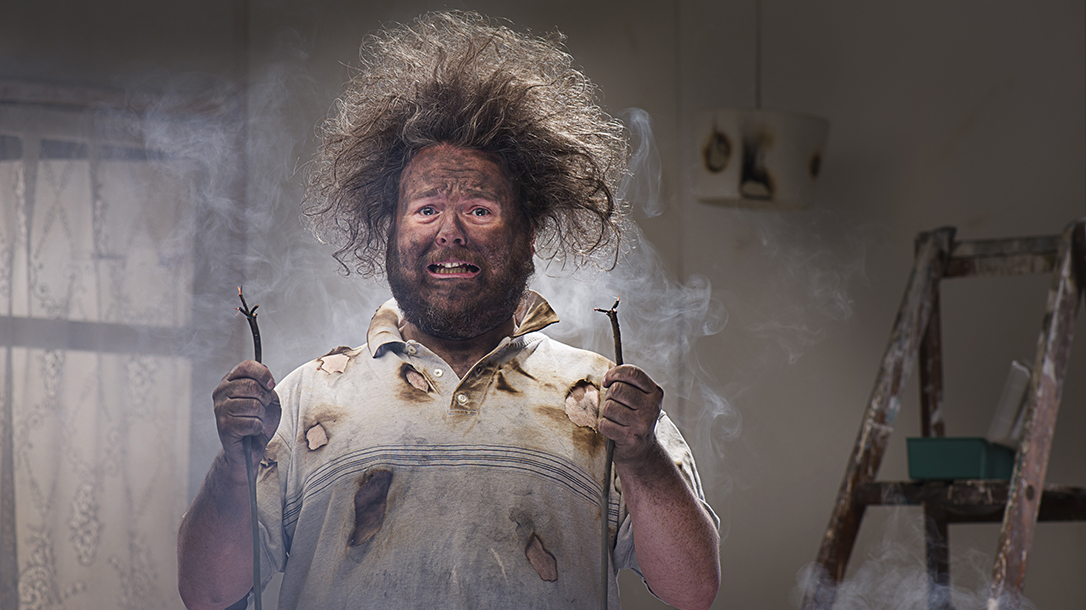 When You’re A Bad Bet: The Unluckiest Men To Ever Walk The Earth

Some guys are just born with it—that thing, that swagger, that magnetism—that makes them stand out in crowds and live lives most people envy. They seem to have no problems landing sweet jobs right out of college despite only being known for winning gold medals at the Dorm Bong Olympics while in school. If you happen to find a $5 bill in your old jeans, it only underscores the fact that they are the type of people who find $100 bills in theirs. A lot of people call that “luck.”

The Unluckiest Men To Walk The Earth

Don’t sweat it, though, if you are not that guy because—spoiler alert—most of us aren’t. So what are we? We are the Mediocre Majority. The basic schmoes who have a great time with our friends, who provide for our families, and who get to do something that makes us feel alive every now and then. In fact, we are actually exceptionally lucky to have all of the above. I mean, let’s face it, even though we live in the greatest country in the solar system, we just aren’t that classically, cosmically guided type of lucky. It is what it is, and we are surely quite fortunate in our own, non-extraordinary ways.

The important thing, however, is that we are not unlucky.

During a recent, socially distanced day here at HQ, we sat around talking about how we are all playing this hand that we have been dealt in 2020. And after a few mid-afternoon cocktails, the conversation shifted to a discussion of all those truly unluckiest men who never seem to catch a break. The guys whose luck is so bad, 2020 just resembles their “normal.”

So, in true Skillset style, we compiled a list of some of the unluckiest men ever to walk this earth. Think of it as a pocket reference guide for the rest of us when we start feeling down. Just remember that no matter how bad it gets, you will never be as unlucky as these folks.

Once upon a time in 2003, a guy in Croatia won the lottery. Pretty lucky, right? Well, this Croatian is also widely regarded as the quintessential shit magnet. Whatever you do, do not get into any sort of vehicle with him. In the span between 1962-1966, Selak was in separate crashes in a plane, a train and a bus, each of which resulted in multiple fatalities to his fellow passengers. After those incidents, he also survived two fiery auto explosions, his car being run off the road by a U.N. truck into a 300-foot gorge, and he was even once hit by a bus. Despite Selak’s having won the lottery, we are still never going to share an Uber with him.

This guy will certainly spark some discussion. Known to have had an electrifying personality, Sullivan was referred to as the “Human Lighting Rod,” not because of any sort of special gift with the ladies, but because he was hit by Thor’s vengeance sticks seven times across his lifetime. Yes, we said SEVEN times. In the five years from 1969-1973, good old Roy was struck by lightning five times. As a National Park Service ranger in Virginia, you would think that he would have gotten the hint not to be outside during storms, but some guys will do anything to be in the Guinness World Records, we suppose.

In 2010, this 93-year-old Japanese man passed away from stomach cancer. Tragic but otherwise unremarkable, you might say. That is, until you learn that Yamaguchi was one of the relatively few known survivors of both the Nagasaki and Hiroshima atomic bombings near the end of World War II. He was only a few miles from the Hiroshima blast on August 6, 1945, where he suffered moderate injuries. Yamaguchi then fled to Nagasaki after the first bombing, where he then experienced the second atomic blast three days later. It is little wonder that he spent the latter part of his life as an antinuclear activist.

Think of him like the fifth Beatle, Pete Best, who left before the band made it big. Wayne, however, was one of the original three employees of Apple. Steve Jobs and Steve Wozniak were the super geeks, and Wayne wrote engineering documentation. With 10% of the company in his name at the time, the 40-year-old Wayne would have been worth more than $100 billion dollars today if he had stuck around. Instead, he cashed out for $2,300 back in 1980 because he couldn’t keep up with the two Steves’ frantic pace.

Cairns-Lawrence, a Brit, is never going to be a travel agent, and he will forever be on some watchlist somewhere. This hopeless wreck of a tourist tried to take multiple vacations and was unwittingly in three different cities on the specific days each experienced famous terrorist attacks: New York City on 9/11, London during the Underground bombings of July 7, 2005, and Mumbai, India, in 2008 when attackers carried out coordinated assaults that killed at least 174 people. We’ve heard that Jason now vacations from his living room while looking at scenic locations on Google Earth.

…There’s a growing list of unluckiest men, who has evidence related to Hillary Clinton?