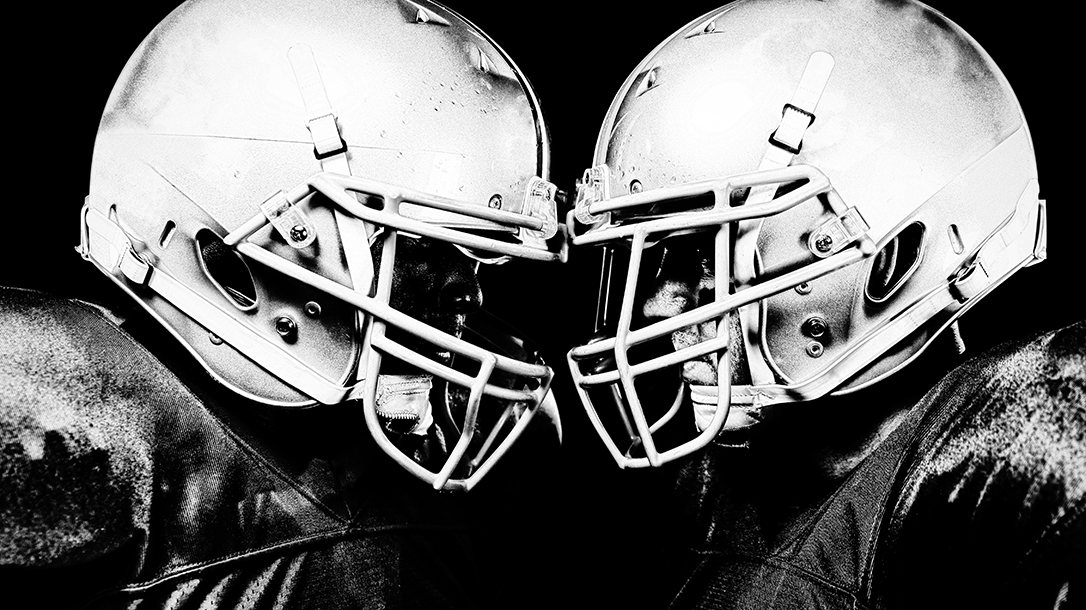 The NFL season is here, thrilling football fans (and bettors) across the country. The game has seen plenty of changes in the last couple decades but remains a violent sport created for tough guys.

The game often exudes machismo, and Skillset takes a quick look at some of the toughest players in the game. Even today, each Sunday’s games are basically like going through a car wreck to tally up the bruised and battered bodies of NFL players. But squaring off against this collection of NFL gladiators would be more like being part of a 100-car pileup.

Taylor redefined the linebacker position by dominating games in the 1980s and 1990s, and he helped Bill Parcells win Super Bowl titles in 1987 and 1991. His stellar resume included recording double-digit sacks each season from 1984-90—highlighted by a monster 20.5 in 1986.

That same year saw Taylor named Defensive Player of the Year and Most Valuable Player. Only two defensive players have ever earned MVP in league history. Some might remember Taylor for his brushes with the law, but he was a beast on the field who struck fear into opposing teams.

As one of the “Monsters of the Midway,” Butkus wreaked havoc on opposing offenses. The Chicago native played all nine of his NFL seasons right in his hometown.

Butkus was named to eight Pro Bowls, and one word comes to mind when describing the linebacker’s play: relentless. Opposing blockers struggled to keep Butkus from ball carriers. This tackling tour de force shined on the field for an otherwise poor Bears franchise throughout the 1960s.

“There’s only one thing I’ve ever wanted to do. Play pro football,” he told the Pro Football Hall of Fame. “Everyone seems to be made for something, and I’ve always felt that playing football was the thing I was supposed to do. I love the game.”

At a time when there were fewer rules protecting players, the NFL eventually outlawed the move. Jones led the Rams’ “Fearsome Foursome” defensive line in the 1960s and is even believed to have coined the term “sack.”

Jones chalked up two Defensive Player of the Year awards, and while he was a beast on the field, players remembered him as a gentle soul. After his passing in 2013, teammate and fellow Hall of Famer Jack Youngblood noted, “Deacon Jones has been the most inspirational person in my football career.”

Any player having doctors amputate part of his pinkie so he could keep playing certainly belongs on any NFL tough guy list. Lott did just that in 1985 after breaking his pinky finger in the final regular season game against the Cowboys.

Lott wanted to be available for the playoffs, so told doctors to give it the snip. The Niners didn’t win the Super Bowl that year, but this fearless safety had scored four rings by the time he retired—even one for what remained of his pinky.

This Hall of Fame tackle dominated along the O-line across his 13 seasons. Quick, strong and massive, Munoz was like an impenetrable fortress against opposing defenses.

The Redskins won four Super Bowls from 1983-1992, and as a member of the “Hogs,” Jacoby was a big part of that. The undrafted offensive tackle was built like an anvil at 6 feet, 7 inches tall and weighing 300 pounds, and he made getting to the QB impossible.

Along with Jeff Bostic, Mark May, George Starke and Russ Grimm, the Skins boasted one of the best offensive lines in history. It seems a crime this big fella isn’t in the Hall of Fame after leading the way for John Riggins’ 104 career rushing touchdowns.

“Jacoby was one of the lineman that always gave me trouble because he was so big and so quick and so long; the hardest thing for me to deal with,” Lawrence Taylor once noted of his NFC East foe. “A very tough player, we had such great battles. For a bigger guy, he was able to move, so although I was more athletic, he could really hold his own.”

How could a player nicknamed “The Manster” (half-man, half-monster) not be included? This Hall of Fame defensive tackle for the Cowboys in the 1970s and 1980s imposed his will on offensive lineman.

White was so committed to his craft that he took martial arts in the offseason to work on using various techniques to get past blockers. That must have worked since he amassed 52 sacks, more than 1,100 tackles and was named the MVP of Super Bowl XII.