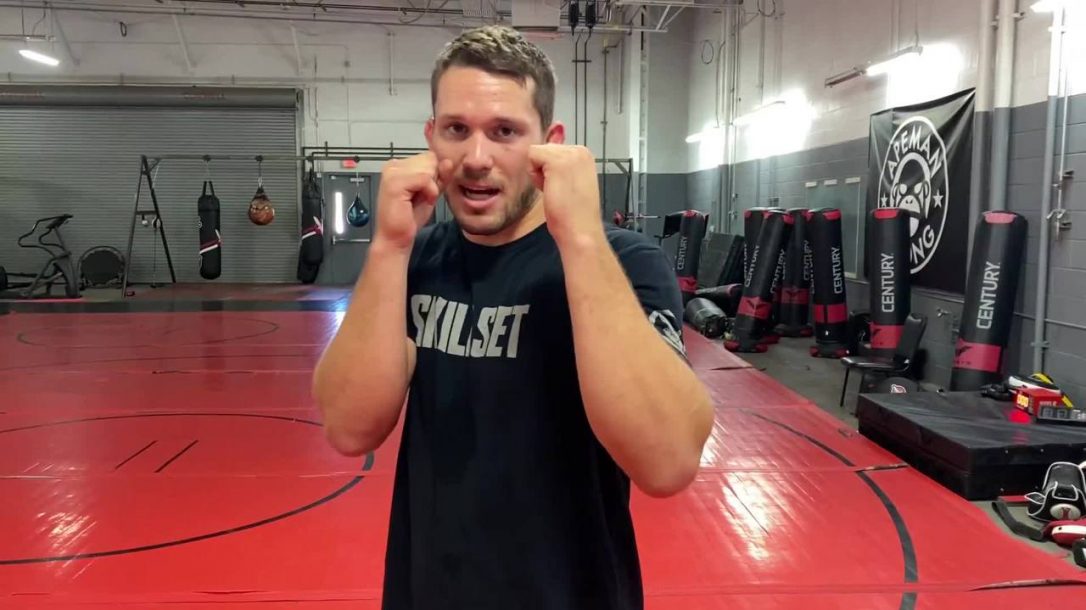 Watch: The Proper Way To Throw A One-Two Combo In A Fight

So, you have started working on moving in your fighting stance, and we’ve discussed a lot of good defensive or counteroffensive techniques, but sometimes your best defense is a good offense. There are a limited number of punches in the sport of boxing but an infinite number of ways to string them together and mix them up. While the “right” punches to throw and the timing to throw them are going to be different in every situation and for every fighter, some combinations have a higher success rate than others. The jab-cross combo, or “one-two,” as it’s often called, is very basic but effective even at a high level. Straight punches like the jab and cross are more accurate, quicker, harder to block and longer range than looping punches, making them a great place to start if you find yourself in a street fight.

The starting point of this combination is really your stance. If your hands are up and your body is bladed at the proper angle, it will be harder to see these punches coming. They will get there quicker and they will be more powerful when they land. First, the jab extends directly from its starting point in your stance. It’s important not to load it up or telegraph it in any way. The jab should be stiff and pop your opponent’s head back, but speed is far more important than power. The purpose of the jab in this context is to disrupt your opponent’s rhythm, vision and timing in order to land a more powerful punch. Once the jab is fully extended, your hand is turned over so that your fist is horizontal with the ground, and hopefully, the punch has reached its target. “Snap” the jab back toward its starting position just as fast and straight as it came out.

While the jab is on its way back, start rotating your shoulders into the cross. You want to think about pulling your lead shoulder back as you turn your hips and shoulders into the cross, “squashing the bug” with the ball of your back foot. The cross should also travel in a straight line to and from the point of impact. After the punch lands, immediately “snap” it back and return to your initial stance. Remember, it’s important to breathe with each strike you throw to increase power and efficiency.

Check out the video above to see the one-two combo in action. Also, be sure to grab the most recent issue of Skillset Magazine at OutdoorGroupStore.com.