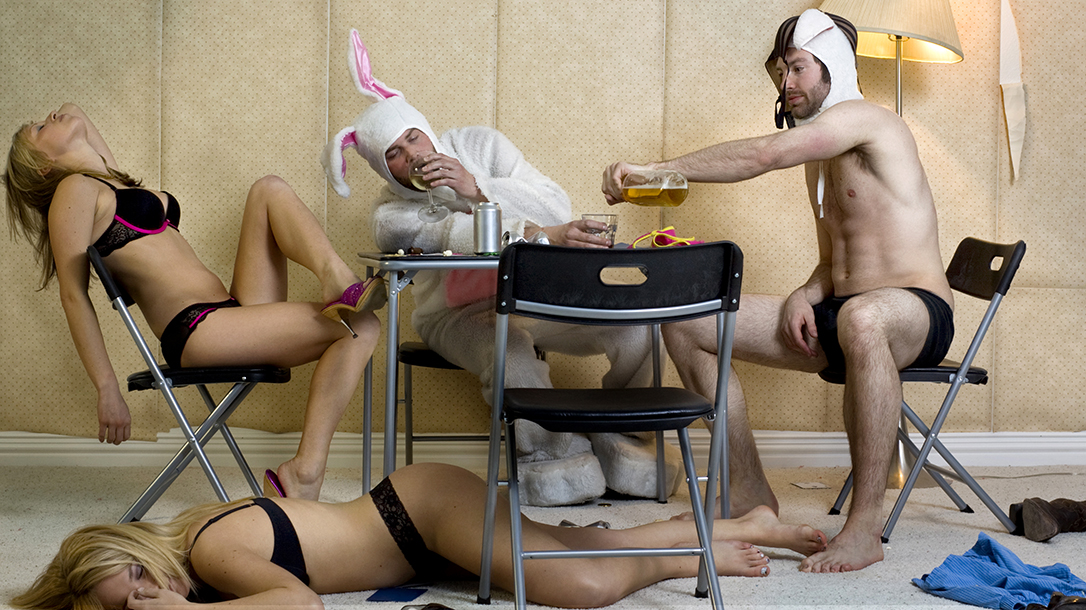 We all have our hangover cures; greasy food, strong coffee, and aspirin all sit atop most people’s lists. Some sadists even resort to hitting the gym after a night of drunken revelry. None of that would be enough to help a Scotsman whose hangover lasted four weeks – his took six months of blood thinner therapy to cure.

That’s Not A Hangover

In 2006 a Scottish man walked into a Glasgow emergency room complaining of wavy vision and a non-stop headache. Doctors were puzzled. The man had no medical history of head injuries, and he’d never lost consciousness, two afflictions associated with his condition.

Also normal was his temperature, his blood pressure, and all neurological scans came back clear. Before he showed up to the hospital, he was a normally healthy thirtysomething. He wasn’t on any medication that would give these kinds of side effects.

They decided to call in a specialist whose focus was on acute and persistent eye issues. This specialist found out the real cause: a rare condition brought on by severe dehydration. The new doctor on the scene, an ophthalmologist, found swollen optical discs and bleeding nerve fibers: telltale signs of a terrible hangover.

The condition is cerebral venous sinus thrombosis (CVST), where a blood clot forms behind the brain’s venous sinuses. It prevents blood from draining out of the brain, can cause blood cells to break and leak into the brain, forming a hemorrhage.

Basically, it’s a stroke. The man had drank so much for so long that he gave himself a kind of stroke that usually only occurs in infants or adults with clotting issues, cancer, or inflammatory bowel diseases. It can also occur in people who make poor lifestyle choices, and as it turns out, that’s exactly what happened to this Scot.

Doctors decided they needed a more detailed medical history from the man. When questioned about his lifestyle, the Scotsman admitted that he’d had what he described as a “domestic crisis.”

To handle his crisis, he decided to hit the local pub, where he consumes 60 pints of beer – roughly equivalent to 35 liters – over a four day period. This is what we here in the United States call a “bender.” It’s not known exactly what causes CVST, but there are a few risk factors and apparently going on a four-day bender is one of them.

It’s not known who this legendary Scotsman is, as his name was protected by medical reporting laws. It’s also not known what kind of “domestic crisis” led him to drink 35 liters of booze to address it – or if 35 liters was even enough to help. Not much else was told to the public in order to protect the man’s identity.

For the record, medical advice recommends no more than three to four units of alcohol consumption per person, per day. According to the doctors that treated this modern-day William Wallace, he consumed some 30 units per day, on average, during his bender.

The massive amount he consumed was so noteworthy that his condition was later published in an issue of the famous British medical journal, “The Lancet,” which is how his case came to such public acclaim. By all accounts, the dose could have been fatal, which leads us to remind readers: drink responsibly and maybe drink some water.