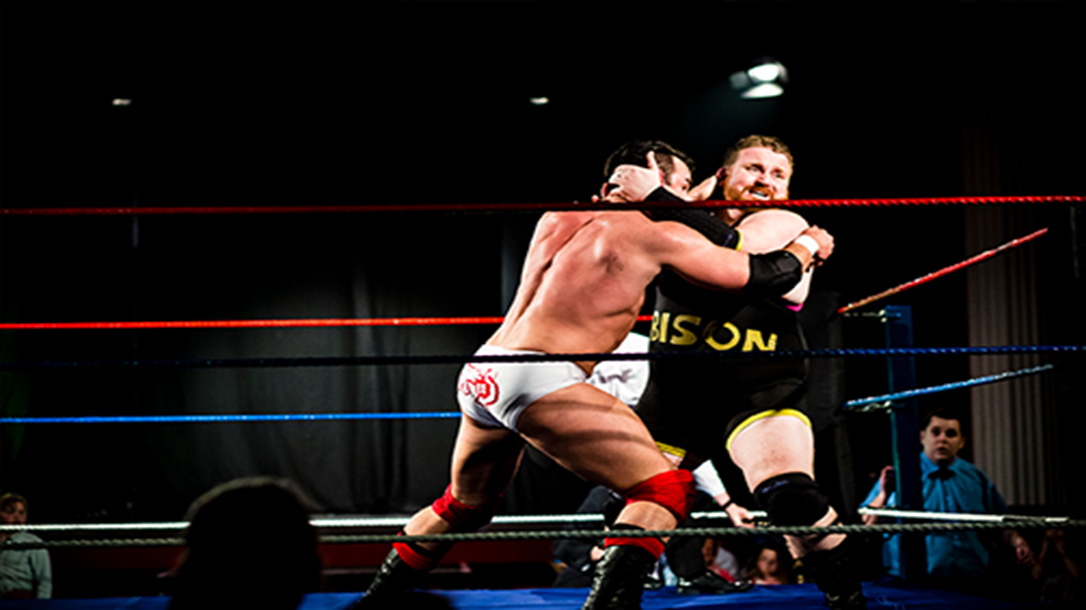 We all know that wrestling is fake right? Right. However, that doesn’t mean that you want to get into a fight with a 6’6, 300-pound man that jumps off of 20-foot steel cages into wooden tables.

Here is what I mean, these guys work hard beating their bodies to dust year-round, and while they may pull their super kicks, they still kick each other in the face with a size 14 boot. And they are not afraid to get hit in the head with a folding metal chair. There are some legit badasses in pro-wrestling, and they are all a bit nutso.

In today’s article, we want to give you a list of five pro wrestlers you don’t want to fight in real life. Now keep in mind, the list could be a lot longer than 5, and this list is no particular order. These guys have ring prowess, situation awareness, speed, strength, stamina, timing, and bat-shit crazy fearlessness. So, because here at Skillset we love people that are just balls out nuts and ready to brawl, let’s give you our list of five pro wrestlers that you don’t want to street fight.

Born in Harlem New York and raised in some really tough neighborhoods, Bad News was bad news to face off with in real life. He won medals for the United States at several international judo competitions, including the heavyweight bronze medal at the 1976 Summer Olympics. Not only was he a legit Judo black belt, but he was also a professional bodyguard for Aretha Franklin. He also challenged Andre the Giant to an actual street fight at which the Giant declined. Rumor is that he also pulled a gun on Andre. Big, bad, and ready to bust a cap, he definitely makes the bad list. It’s too bad MMA came way after Bad News was his prime, I would have enjoyed seeing him in the early days of the UFC.

Besides being built like the Tick, Bobby is stupidly strong and not afraid to brawl. This WWE Champion is not someone to take lightly. While his stint in MMA wasn’t crazy long, his record was 15 wins and 2 losses. That’s right, he beat 15 professional heavyweight MMA fighters in Strikeforce and Bellator, that means there is a chance that he can beat you. Bobby is definitely one of our five pro wrestlers you don’t want to fight in the street. Speaking of pro wrestlers that successfully transitioned to MMA, that brings us to our next BEAST.

The Beast Incarnate is a true athlete. Lesner wrestled for the University of Minnesota and won a national championship in 2000. Brock entered the UFC in 2007 and ultimately became the undisputed UFC Heavyweight Champion.  While it’s true he took some losses, his losses only came at the hands of some real badass heavyweights that most people would not want to fight. Like him or not, Brock is a badass and belongs on this list.

This man was 6’9”, billed at 317 pounds and out of his mind on steroids. He got into a famous brawl with Arn Anderson, hit him with a broken off chair leg and stabbed him TWENTY times with scissors. In all fairness, Arn Anderson did also stab Sid 4 times. There is something to say about a giant man that is flexible enough to kick at his head level and is willing to stab the shit out of you. You don’t start a fight with that man. Indeed, Sid has earned the name Sycho in and out of the ring. But no matter how big, tough, or crazy any of the first four fighters on this list are, none of them were as psycho as…

Before guys like Kimbo Slice had street cred, there was Meng. And Meng is undoubtedly the scariest pro wrestler in real life. From bar fights to fights at airports with security guards landing him in a Mexican jail. Ask any wrestler who the man was that could kill any of them in the street and they will all tell you King Tonga. At 6’1”, 275 pounds, Tonga was by far not the largest wrestler, but he was still a huge Gorilla.

Tonga was the type to literally bite chunks out of some guy’s back, stand against 8 cops, and shrug off being maced to the face. Indeed, Meng was the epitome of the pro wrestler that you would not want to street fight. In a true all out, rip your face off street fight, most MMA fighters today would be hesitant to square off against Tonga in his prime. There are Bears, Tigers, Lions and then there is King Tonga.  His legend is nothing less than the badass that would give you the shirt off of his back, just don’t mess with his friends.