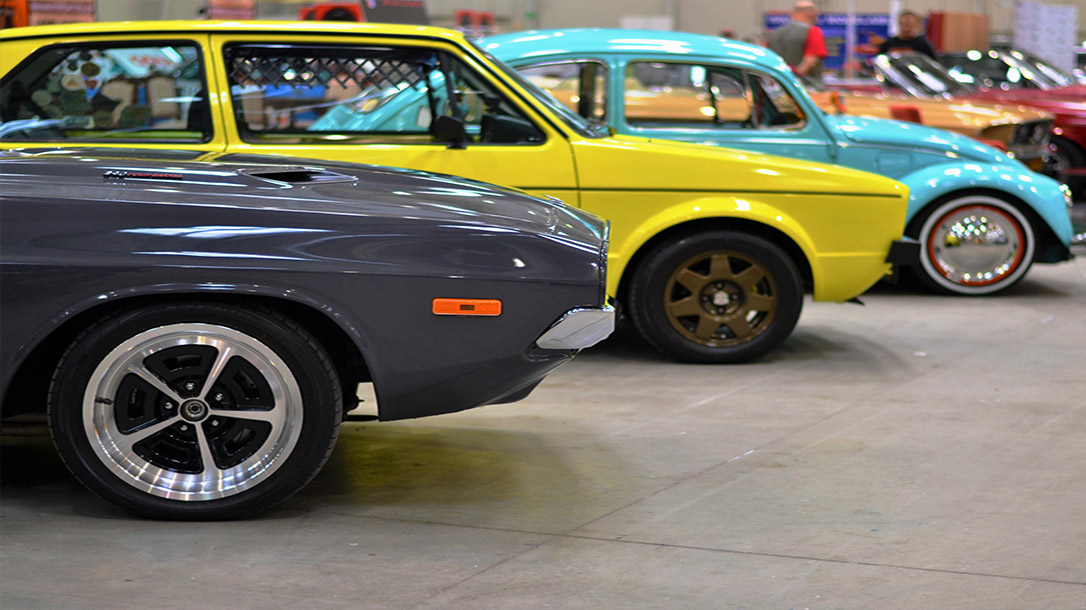 About five years ago a good buddy of mine dropped dead at the young age of just 53 years old. This friend of mine had a huge spending problem, especially with other people’s money. On the flip side, he had a seriously cool collection of stuff that no one can afford. I was called and tasked with closing out his estate as well as with the job of trying to recoup as much money as possible that he blew and return the cash to the family member whose bank account he drained it from. When I say drained, I mean it, it was nearly half a million dollars.

One of the big boy toys that he bought with other’s people money was a 1969 Camaro race car. Completed kitted out with a 980HP big block engine, Lenco shifters, nitrous oxide, roll bars, and a parachute. 100%, not street legal at all, yet there is sat in his garage. I was told he paid roughly $100,000.00 for it, so I towed it to a place called Volo Auto Museum in Volo Illinois to sell.

If you have not been there, I highly recommend it. It’s filled with literally hundreds of classic vintage muscle cars and authentic screen-used cars from films like Batman, The Munsters, back to the future, James Bond movies, and more. Either way, we sold the 1969 Camaro, and I gave the money to the family. I didn’t anywhere near the money that I thought that I would, but I had a chance to see some extremely expensive muscle cars while I was there.

Upon speaking with the owner of Volo, he schooled me on muscle car auctions, and on how much these things can go for, my jaw hit the floor. So, when SKILLSET asked me to write about The Top Five Muscle Cars- According to Collector Car Auctions, I was sure. But nothing would prepare me for what I found.

Bruh, $3.5 million? That is a LOT of double junior cheeseburgers at Wendy’s.

I just bought a 2022 Santa Cruz Chameleon Hardtail Mountain bike in this same color, for some reason, I feel like my bike won’t be able to keep up with this badass ride on the street.

I have a love-hate thing for Corvettes. I grew up driving across the country with the luggage in the back of my father’s corvettes until I couldn’t fit back there anymore. My earliest memory of our ‘Vettes was an Orange Stingray that he had from the 70s. Not sure what year though, but it was nothing like this next entry.

This is the 1967 L88 Corvette Coupe, it doesn’t have the documented race time that its corvette convertible family member did, it is one of the most desired ‘Vettes that has ever been built.

While only twenty L88 Corvettes were made in the 1967 model year, this was the only car with the dope blood red-on-red color scheme. With a heavy-duty suspension, a 430-HP engine, and a transmission tuned for optimum performance on the quarter mile, this vehicle was armed for high-performance Fast and The Furious type of street racing. It was sold to a rich-as-f@ck buyer at the Barrett-Jackson Scottsdale auction in 2014 for a measly $3.85 million smackeroos.

Cobbbraaaaaaa-la-la-la-la-la-!!! As in the 1966 Shelby Cobra 427 Super Snake.  Normally I would never want anyone’s super snake anywhere near me, but I would be down to check this one out.

This mean ride sold for $5.115 million at the Barrett-Jackson auction in Scottsdale, Arizona.

I see this car and my mind immediately goes to Speed Racer, Racer X, and Chim-Chim. There is something about prototype cars that just feel futuristic, even if they are from 1964.

This 350-horse-powered GT40 was Henry Ford’s debut entry in Le Mans and has been driven by the likes of Bruce McLaren, Bob Bondurant, Phil Hill, and Chris Amon and has been raced in-period at locations like Le Mans, Sebring, Daytona, Nassau, and Monza. It was moved along to its new owner at the Houston Mecum auction in 2014 for a cool $7 million clams.

Now, not being a car guy, I probably would have guessed that the 1964 Ford GT40 Prototype would have sold for more money than this ride at the number one spot. But I would have guessed wrong. This Cobra is the most expensive American car ever sold at $13.75 million.

This Cobra is extraordinary for more than just being the first assembled by Carroll Shelby and his crew. His crew painted it many different colors within its first year of being so it would seem like it was a production car, even though it was just a prototype.

Someone out there owns this amazing ride with all its glorious layers of paint. $13.75 million, that is a lot of dough.