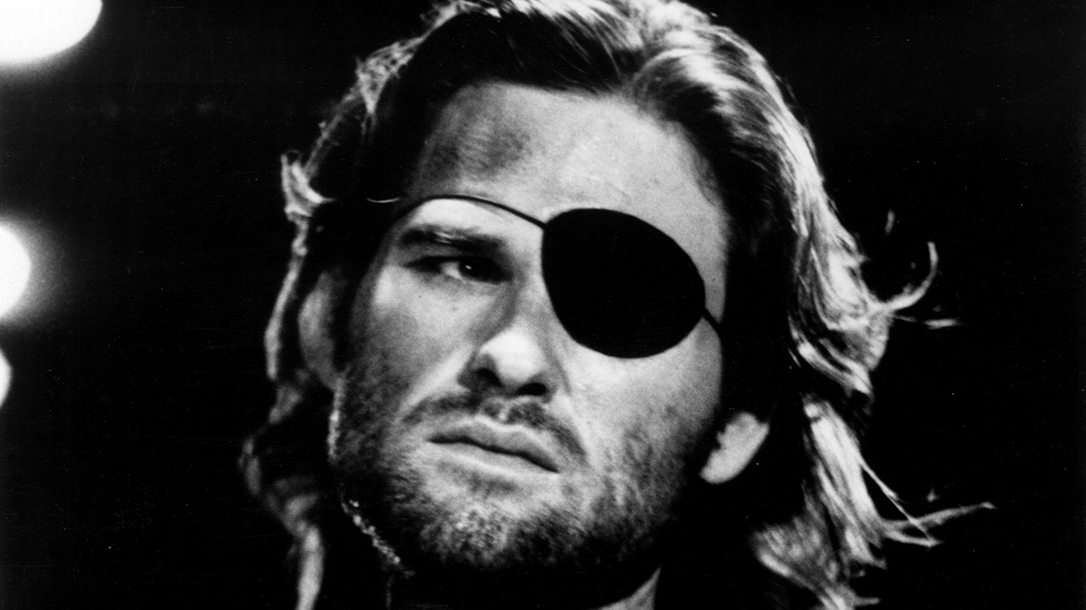 Long gone are the days of the Lone Ranger in his white hat saving the day or the A-Team fighting the bad guys with a very nonlethal cabbage launcher and then leaving them neatly tied up for the authorities. That brand of sanitized justice just doesn’t work for those of us who know the enemy doesn’t fight fair. We want a crew suited to do the dirty jobs. Cue Western score: in swaggers the movie anti-heroes.

Movie Anti-Heroes We All Love

Our world and our view of it has changed. We have fought multiple wars at once, we have watched death cults such as ISIS gin up new ways to savagely murder people, and we have witnessed the evil in the human race on 24/7 news and social-media cycles. And no matter the level of the atrocity, there almost always seems to be a group or a bureaucracy that either defends the actions of these bad people or tries to limit how we can fight them.

Thus, the anti-hero is deservedly “the hero Gotham deserves”—and needs right now. And let’s be honest, another reason we like the anti-hero is that the majority of us sit in the same morning traffic, go to the same jobs and repeat the same things every day. Our animal instincts crave the “life less ordinary” we dreamed of as kids. That desire to live by our own rules and control our world is what we want, and the anti-hero embodies this ethos in popular culture.

From comic books to film, we all have our favorite movie anti-heroes. Below are our top five …

You can call him “Snake.” He’s the anti-hero with the “cool factor” of Steve McQueen. This former special forces operator from unit “Black Light” earned two Purple Hearts, one at Leningrad and one in Siberia during World War III. He was also the youngest solider to be decorated by the President. So, was it frustration with the VA that drove him to use his skillset to rob the Federal Reserve depository? During the war, did he have to fly around with millions in cash by his feet to pay off warlords while he was making less than $30K a year himself?

We don’t know what the trigger was that led him to commit the crime that resulted in his life sentence, but fate placed him in the right place at the right time to rescue the President of the United States from inside Manhattan Island Prison. Snake is the anti-hero to the very end, however, and after fighting the “crazies” and the “Duke of New York” to save the president, he still throws a wrench into the Hartford Summit.

“Mad” Max Rockatansky is the iconic post-apocalyptic anti-hero with the Saturday-Night-Live last name. Of course, we are referring to Mel Gibson’s portrayal of George Miller and Byron Kennedy’s character. The opening scene in Mad Max sets the stage for this stoically cool persona; he is wearing his mirrored sunglasses and listening to the chaos of a car chase coming his way. He is a family man that, unbeknownst to the bad guys, has a demon lurking inside. With “the last of the V-8 Interceptors,” he proceeds to wreak vengeance upon the punks who murdered his family. Revenge is a powerful force, and when a man gets tapped in his heart, it’s no holds barred. This is why we identify so strongly with him along his path of vengeance.

As Max’s journey continues into The Road Warrior, he has become the quiet professional in a world where the “good guys” dressed in white are about as effective as a U.N. peacekeeping force. In this world in which gasoline is life, he cuts a deal with a band of settlers in a besieged compound that will earn him all the gas he can carry in return for driving an armored 18-wheeler through a gauntlet of marauders. In one of the most intensely orchestrated scenes of vehicular chaos ever, Mad Max does survive as a decoy in order to let the settlers escape. And then in the fashion of John Wayne from the end of The Searchers, “… that was the last we ever saw of him,” as Mad Max fades into the apocalyptic wasteland.

Arguably as iconic as the Batman symbol, the Punisher’s ominous skull emblazoned across his chest can been found throughout military units and on the back windows of pickup trucks everywhere. Just how much of an anti-hero is Frank Castle? Enough that in one comic book, he tells the police that Captain America is a better role model for them than he is. He also transcends comic books, movies and TV shows.

If there was ever an anti-hero who lives by a code, it is Frank Castle. As a former Force Recon, he is not unlike Mad Max in that his journey is also ignited by a drive for vengeance for the deaths of his wife and children. Anyone he fights receives no quarter and can expect a high level of ultra-violence in their demise. As he tells Daredevil, “I think there’s no good in the filth that I put down.” With an armory that makes small nations envious, he does in fact put everyone down with brute force, and he absolutely puts the devil in “Devil Dog.” Is it not any wonder that we see his tactics as the obvious choice when no one else is able to stop the enemy?

Just like us, weapons are part of his religion. To know the Mandalorian Din Djarin, you need to know the history of the clans of this intergalactic franchise. Mandalorians, as a whole, are the Spartans of the Star Wars universe. They consist of members of multiple species with one thing in common—the warrior culture. Always looking out for their best interests, they fought alongside the Sith and Jedi, who ultimately contribute to their demise. They became legendary by using their skillsets as mercenaries and bounty hunters.

Like most anti-heroes, Djarin has his own moral code. As a child who watched as his parents were killed in front of him, all it took to trigger him was one baby Yoda looking back at him with wide, innocent eyes as he is carried into a laboratory for unknown experiments. As with most movie anti-heroes, once the moral code is violated, there will be hell to pay. And pay they do, as the Mandalorian uses his flamethrower, HUD with thermal vision, Amban rifle and Whistling Birds to cut down anyone trying to take what he protects.

Originally written with Frank Sinatra in mind for the title role, Dirty Harry released in major cities on both coasts were experiencing nasty crime waves. Americans were fed up with the criminal element that the “system” couldn’t or wouldn’t fight with toe to toe because of political corruption. Clint Eastwood, already a Western-genre film legend, turned out to be the perfect screen persona for the vigilante-style cop who served as his own judge and jury on the streets. Audiences cheered him on in the theaters and made lines such as “You’ve gotta ask yourself a question: ‘Do I feel lucky?’ Well, do ya, punk?” part of our popular culture. Dirty Harry is the perfect example of the anti-hero who is fed up with the bureaucracy and decides to operate above the law to fight criminals.

In fact, in the anti-hero’s world, laws are really more like “guidelines.” These larger-than-life figures exist above the laws that the rest of us adhere to. And while they may not be the “good guys,” their singular moral codes offer viewers a much more satisfactory brand of justice than the bang of a gavel ever could.

Enjoy the piece above on movie anti-heroes? See more content just like it in the most recent issue of Skillset Magazine, available at OutdoorGroupStore.com.