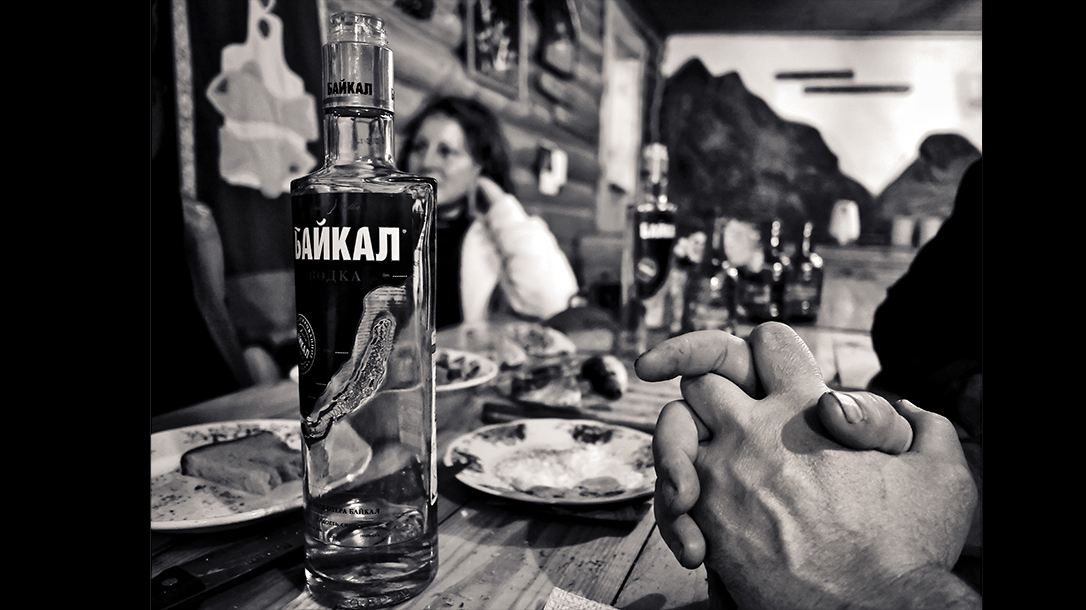 The Liquid Sunshine Behind the Iron Curtain: Let’s Talk Vodka

Vodka – there is nothing as Russian as this seemingly simple and innocuous adult beverage. On paper it’s technically a simple clear spirit produced from the magic mixing of ethanol and water. It is in fact lighter than water. One liter of water weighs 35.2 ounces compared to one liter of vodka at 33.5 ounces. Yet, like its other drinkable cousins, Vodka is really the product of fermentation, distillation, and sometimes additional processing that gives us this timeless drink. Historically vodka has been around a very long time.

Vodka: From Russia With Love

The origins are often debated, but in my detailed historical review for this article, I give the title of “originator” to Poland. The first use of the term vodka is found in a court document in Poland in 1405. In many cases, it is listed as a medicine. And why shouldn’t it? It is an effective pain reliever, mood enhancer, and dance instructor all in one! I could go on about the unique qualities of this clear wonder, but we have gathered here today to talk about Russian Vodka!

The cultural and cliché king of vodka is and will always be Russia. Simply put, Russians love their vodka. It is a major part of their culture. Dmitri Mendeleev, the creator of the Periodic Table, also created the Russian standard for vodka. The most recent data has Russia consuming 675 million liters of vodka a year. That’s over 178 million gallons of the magic elixir and breaks down to over a gallon per person including every man, woman, and child.

An interesting piece of history goes back to the early morning hours of May 9th, 1945. It was announced that the Nazis had surrendered to the USSR and immediately celebrations broke out. Drinking vodka was the center of the party and by the time Joseph Stalin addressed the nation 22 hours later, the Soviets had run out of vodka. Now that is a party. As the phrase goes, clichés exist for a reason. From its very simple origins as a “medicine” vodka has become a worldwide staple. As of 2012, there were over 1.17 billion gallons of vodka consumed which makes it the world’s most popular spirit.

The Legend Is Born

Vodka has been a major part of Russian life for centuries. In fact, legend tells us that the tenth-century Russian prince Vladamir the Great was considering allowing Islam to become the national religion of Russia. After he learned more, however, he rejected the idea because of Islam’s strict rejection of the consumption of alcohol. The Russian government is still a government and governments like taxes. Back in the mid-1500s the ever-happy Ivan the Terrible saw an opportunity and began setting up state-run taverns in all the major cities. They became a major success and eventually, vodka consumption became the source of 40% of the government’s revenue.

Russia in all its configurations from imperial empire to the USSR and our current Russian Federation tend to say one thing yet do another. This is certainly true with vodka. It is inevitable that the mass consumption of vodka or any alcohol will lead to several problems. It was reported that in the early 1980s that two-thirds of murders and violent crimes were committed by intoxicated people. They also noted that drunk drivers were responsible for 14,000 traffic deaths and 60,000 serious traffic injuries.

Alcohol By The Numbers

A bit more recently in 2009, the Public Chamber of Russia announced that there were over 500,000 alcohol-related deaths annually. Alcohol, and vodka more specifically, have been responsible for 52% of deaths of those aged between 15 and 54. Crunched numbers showed that the increase in alcohol consumption since 1987 has caused an additional three million deaths nationwide. There are countless state efforts to combat uncontrolled consumption, but vodka and booze in general are major moneymakers. With that, I question their dedication to the cause.

Like many of you, my early days of vodka knowledge included the idea that it was produced exclusively from potatoes. The truth is that vodka can be made from anything that can be fermented. This includes grains, grapes, sugar, fruits, corn, potatoes, and even roots. Really anything that contains sugar or starch can be used to make vodka. Some of the most unique bases I have found are beets, sugar cane, and…wait for it…sheep’s whey. Vodka can be a simple beverage or a very complex one depending on the maker.  I believe the Russians are on to something and that we would be well served by following suit. Maybe we avoid the mass consumption side of it but adding vodka into your spirits lineup will definitely bring a smile to your face. Until next time – Do Svidaniya