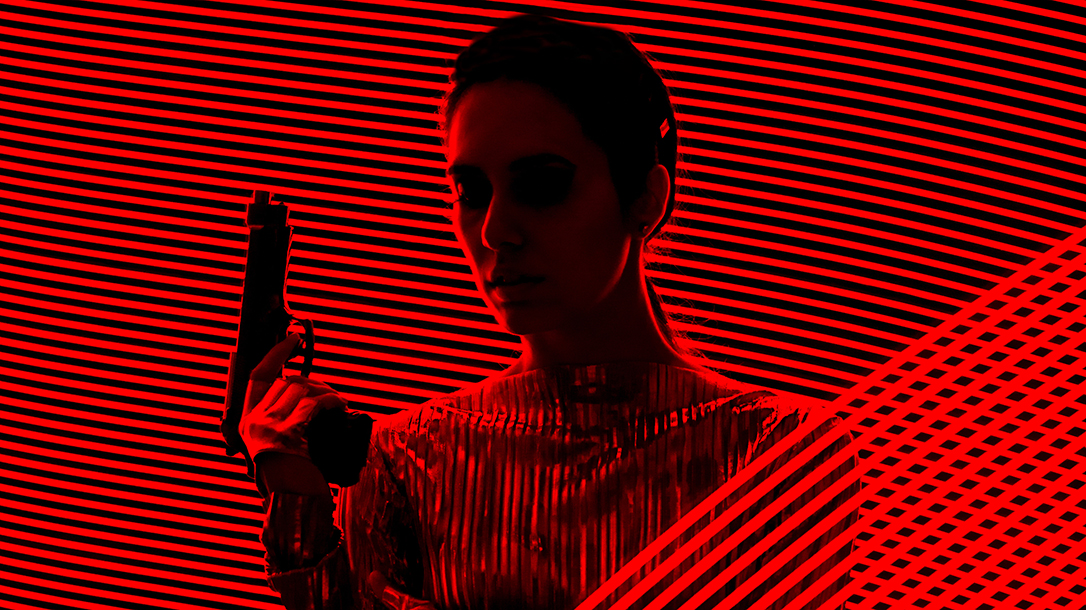 The Legend of Virginia Hall: The Most Dangerous Allied Spy in France

Virginia Hall was the first Allied spy to operate in occupied France. She was trained in the art of silencing sentries. She built networks of resistance fighters and smuggled downed pilots out of enemy territory. Virginia Hall transmitted coded messages and harassed German supply lines! She escaped Gestapo capture by fleeing across the Pyrenees Mountains with only one foot, only to be jailed by Spanish Forces. When freed, she joined the American OSS, hellbent to return to France prior to D-Day and lead a network of French saboteurs against German reinforcements racing to Normandy. She spoke three languages and was codename: “Diane,” the most dangerous Allied spy in France.

Virginia Hall was a forerunner in closework and espionage in the European theater of World War II. She, along with scores of other women, joined the clandestine cabals comprised of aristocrats, magicians, journalists, artists and hunters trained in the art of silencing sentries, sabotage and subterfuge. She participated in efforts to save soldiers during the early days of battle in France as an ambulance driver. Virginia was eventually recruited by Vera Atkins, one of the highest-ranking spies in the newly formed Special Operations Executive (SOE).

Born in Baltimore in 1906 and raised in a self-made, wealthy family, Hall attended Radcliffe and Barnard Colleges. She spoke English, French and German. She was class president, the editor of her school newspaper and spent summers working on a farm. All of these attributes were paramount to her survival as the first Allied spy in France.

In Scotland, Virginia Hall and several other women trained in explosives, knife fighting and stalking. Using wooden training knives edged with lipstick, she practiced lethal lacerations, leaving red streaks along her classmates’ throats. The SOE had established an airborne school for the spies consisting of five jumps wearing a camouflaged suit they could unzip from neck to ankle. This allowed the operator to step out completely dressed in civilian attire native to the country she was entering.

They carried very few provisions on these jumps: flashlight, pistol, dagger, medical kit, folding shovel and counterfeit money. Unfortunately, Hall had to skip the airborne school because few knew that she only had one foot. In her youth, her lower left leg was lost to an accidental discharge of her shotgun. Future courses would graduate women who would later deploy on moonlit night jumps from Lysanders, to land in occupied countries.

Hall was hired by the New York Post as a foreign correspondent covering the building war in France. This cover story allowed her to be mobile from village to village, collecting information while simultaneously identifying future resistance fighters and building a sleeper network. Several of her articles were published, but France soon fell into the death grip of the Gestapo and Vichy Police. Hall worked within her circuit and assisted with locating downed pilots and smuggling them out of France.

In one rescue, she dressed the pilot in local garb and wrapped a bandage around his neck. When detained by German soldiers, she politely explained his vocal cords had been severed in a terrible explosion, rendering him voiceless. The ruse worked, and he was eventually transported out of France safely. Hall also collaborated with a doctor and established an asylum front to hide downed pilots. When questioned by the Gestapo, the explanation was simple: The men dressed in tattered French clothes suffered brain injuries or could not speak. This system allowed pilots to rest and time to plan and coordinate routes for their safe extraction. Hall also utilized beekeepers to smuggle firearms and explosives across France. Bee-fearing German soldiers avoided the carts, so they cleared checkpoints without discovery.

Escape, Evade and Live to Fight Another Day

Hall’s circuit collected intelligence and transmitted it back to England via decoders the size of a typewriter. Their operator, who worked diligently coding messages for the Allies, was called the “Pianist.” This system provided the most accurate information for decision makers. The Nazis, however, designed a mobile machine to triangulate the Pianist’s transmissions.Gestapo leader Klaus Barbie had learned of Hall and her circuit and offered a large reward for her capture or a torturous death for any who collaborated with her.

Hall’s cell fell prey to this tactic, causing her to flee France through the Pyrenees Mountains, only to be captured and imprisoned by Spanish Forces for a lack of proper paperwork. While jailed, Hall made friends with a prostitute cellmate and asked her, upon her release, to go straight to the embassy and advise them of her capture. The prostitute made good on her word, and Hall was eventually freed. She then learned of the Gestapo’s wanted poster for “The Limping Lady.” Now compromised, the SOE would not redeploy Hall.

Back to the Front

After leaving the SOE, Hall joined the American Office of Strategic Services under Wild Bill Donovan and returned to France via waterborne insertion by a Royal Navy torpedo boat and a canoe. In the dead of night, she arrived on the beach, well trained and ready to operate as “Marcelle Montegerie,” an elderly cheese-making farmer. The Gestapo was still hunting the infamous “Limping Lady”; however, she would appear nothing like her former SOE self. Wearing multi-layered clothing to appear plump, movie cosmetics to appear aged and with her hair in a bun, she was now an unassuming farmhand delivering the best dairy in occupied France.

Her transformation was her idea, and the OSS employed a dentist and an orthopedist to help make her transformation complete. The dentist replaced her dental work with French-made fillings, and the orthopedist showed her how to stoop and shuffle, masking her left-leaning gait. Armed with a shepherd’s staff, she was able to move about by leaning and shuffling. Harmlessly selling her farm goods to German soldiers and Vichy police officers while gathering intelligence on enemy movements, troop strength, tank counts and building more and more participants in her network. Her cover was so successful that her farm was once subjected to a routine raid, and the Nazi troops stopped short of finding her “piano” after one soldier remarked that he recognized her as the cheese lady. The soldiers promptly cleared out and moved on to other raids.

Her mission now was to provide intel for the D-Day invasion. Learning from her first deployment in France, she was her own “pianist” and traveled to various locations to transmit so the Gestapo could not triangulate her position. Because she could travel the countryside, she identified drop zones and locations for caches. She also continued to recruit hundreds of resistance fighters who were poised to strike during the D-Day invasion.Throughout this time, Hall continued to venture at night under a full moon and collect the airdropped supplies. She stashed the weapons and explosives, waiting patiently to unleash the beast and full wrath of the subjugated French.

On the eve of the D-Day invasion, the numerous circuits of resistance becameactivated. Many spies were now doing the same mission as Hall, building large networks of fighters, leading and supplying them. Hall coordinated airdrops of supplies such as Sten guns, pistols and ammunition. Also dropped were “fire flies,” or explosive lumps of coal intermingled in coal piles on enemy troop trains. “Aunt Jemima,” or white powder that when mixed with water turned to dough and became explosive. The last two items appeared innocuous during Gestapo searches but, when implemented properly, were devastating.

Building their own circuits, Hall’s female counterparts were responsible for the destruction of more than 500 rail lines. Armed with her weapon of choice, the Sten gun, she led small teams of men planting demo along train tracks. Prior to D-Day, Hall also led her men to defuse explosives under bridges and they also ambushed trucks with bazookas. Her element was credited with 150 Nazi casualties and the capture of over 500 soldiers. She recieved the Distinguished Service Cross and the French Croix de Guerre for her actions during World War II.

President Truman wanted to pin her with the DSC in an official ceremony, she professionally declined the offer. Instead, she received it and a handshake from Wild Bill Donovan in his office. She continued her career as a spy, transitioning from the OSS to the CIA. She eventually retired in 1966 and later passed away in 1983. Few Americans ever knowing about her lethal capabilities or her heroic actions, remaining in the shadows until the very end.

If you enjoy stories about bad asses in history like Virginia Hall, you’re in good company here at Skillset! We talk about all things “alpha” on our weekly podcast, Skillset Live!  Get in on the conversation on our social media pages or pick up a back issue of our magazine at OutdoorGroupStore.com!