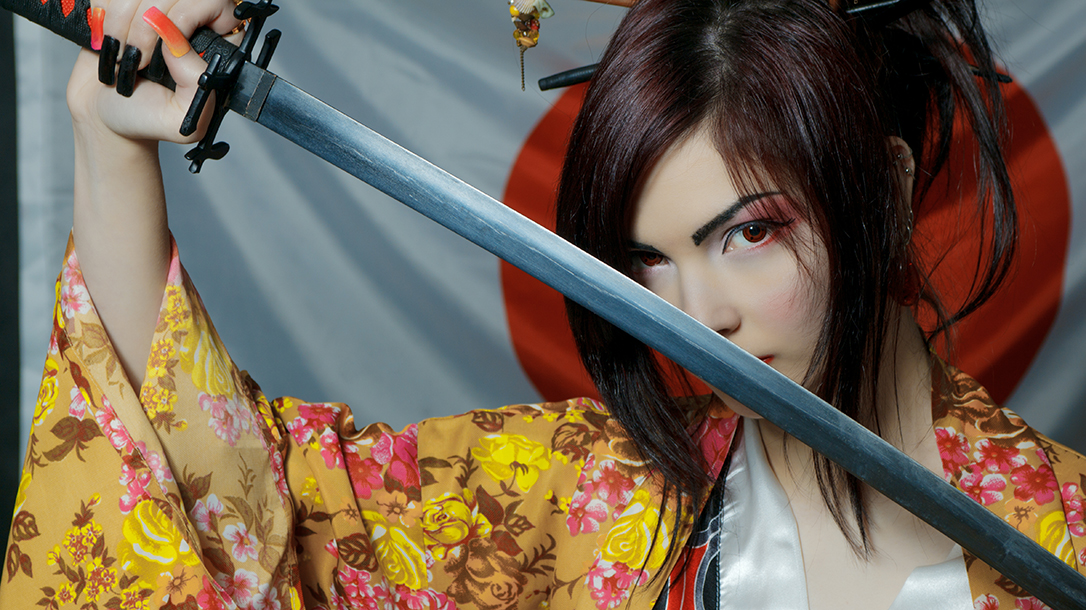 The Kunoichi: Female Ninjas Specializing In Spying, Stealth And Slaughter

The ninjas of medieval Japan were legendary for their stealth, trickery and dealing out death to those targeted for assassination. However, their female counterparts, the kunoichi, exhibited the same prowess when it came to killing. However, they had the added skill of seducing their enemies with their stunning beauty and sexual prowess.

These women, who did not wear typical ninja garb, were often overlooked and trusted by powerful members of the samurai and ruling classes. Once the kunoichi infiltrated their enemies’ inner circles, these seductive ninjas posed as maids, stage performers or servants. They then extracted important military information and overheard enemies’ secrets. And finally, when it was time, they could snuff out the lives of their targets.

The kunoichi had many means at their disposal for delivering the killing blow. They were skilled in close-quarters combat, but unlike their male counterparts, who used swords and other large weapons, these cunning cuties employed daggers, neck-slicing garrote wires and fast-acting poisons to take out their victims.

Although their methods were much subtler than those of male ninjas. The kunoichi were more feared because of their ability to blend seamlessly into their enemies’ social settings. And these enemies never truly knew which of the women among them were authentic and which were secretly poised to kill them through unconventional means.

The kunoichi, like their male ninja counterparts, were versed in traditional ninjutsu weaponry, including ninja swords, daggers and shuriken, but they preferred more intimate weapons to dispose of their intended targets. They employed hairpins that were woven deeply within their locks and honed to almost needle-like sharpness to stab their victims. The poison that typically coated the hairpins’ tips often led to a much quicker death for the enemy than using the hairpin alone to puncture a vital artery.

Another weapon used exclusively by the kunoichi was the neko-te. These weapons were finger sheaths placed on one or more fingers. The sheaths had metal claws attached to them that created an almost catlike effect. These claws were incredibly sharp, and like the hairpins, they were often coated in poison. The kunoichi were masters of their craft, and their craft was death. When a target was in range, the female ninja would slip on one or more of the neko-te and with a quick swipe would lacerate the enemy’s skin. Fast-acting poison would do the rest as the body fell dead to the floor. Before the incident attracted the attention of others, the sly assassin would slide the finger weapons off and hide them throughout her multiple layers of clothing. They were indeed the ultimate killer claws.

The key to the kunoichi’s success was in their ability to get close to their enemies without attracting unwanted attention. While a male ninja would use stealth and darkness to infiltrate an enemy’s stronghold and then kill and retreat, female ninjas would openly become part of a warlord’s society. They would assume the guise of any of a variety of

nonthreatening identities, including maids, artisans, courtesans and even professional entertainers.

Likewise, males in the time of the samurais and ninjas were no different than those of today. A pretty face and sexy body could go a long way when operating under deep cover. That made getting close to a leader a somewhat easier task for the kunoichi. Once a kunoichi was trusted and had gained access, she would strike without mercy, killing and fading from the scene as if she had never been there in the first place.

In It For The Long Haul

The kunoichi’s methods of infiltration were not always short endeavors. They were often assigned to quite lengthy undercover assignments that could span months or even years. Additionally, suicide missions—or simply put, assignments that the female ninja would not return from—were also implemented when needed. These truly badass operatives would know that death was in their certain futures. They performed their duties as if it were just another day at the office. No special treatment was given to the kunoichi because they were female. In fact, it took a seasoned pro to infiltrate an enemy’s stronghold, gain trust and then get close enough to a top official to kill him. Frequently, an acceptance of death beforehand was necessary since it was her only way out.

Lesser Known, Though No Less Deadly

The kunoichi never enjoyed the “fanfare” of their male counterparts, either hundreds of years ago or in modern-day popular culture when the ninja craze took over in the mid- 1980s. The history books dedicate much more than a paragraph or two to their lifestyles and profession. However, these cunning killers should be credited—not for their killing, but for their sheer determination to complete their assignments. No matter the personal sacrifices involved or the enduring costs to themselves.