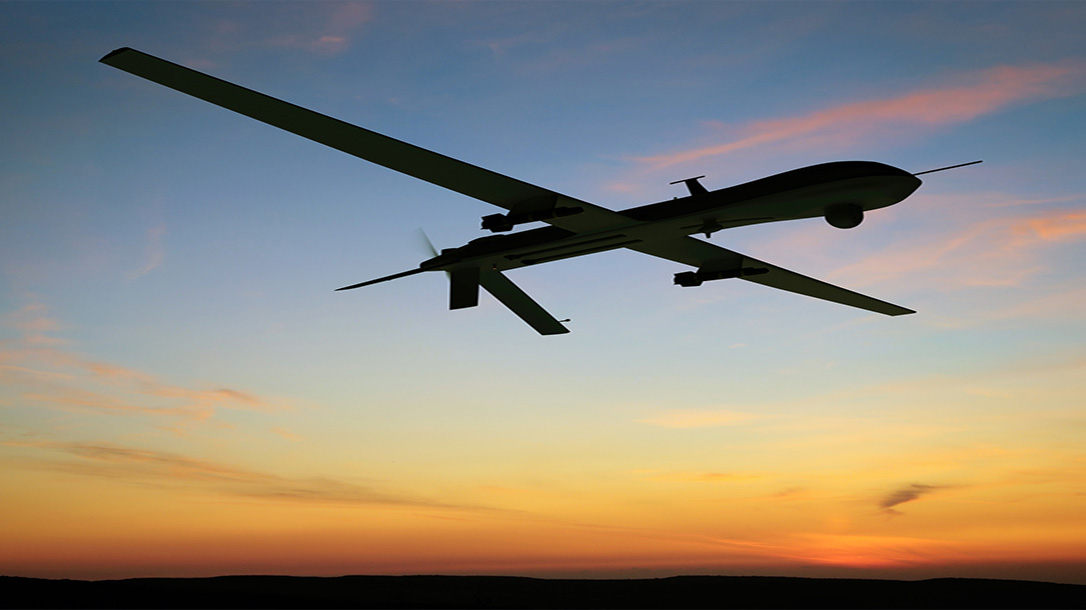 The Hellfire Missile: A Badass Name For A Badass Weapon

It wasn’t a great day for Al Qaeda leader Ayman al-Zawahiri on the morning of July 31. The 71-year-old former physician responsible for terrorism plots and deaths around the world who worked as an adviser to Osama bin Laden stood on his balcony in downtown Kabul, Afghanistan. As he stood watching the sunrise at 6:18 a.m., what is believed to be a Hellfire Missile headed his way.

Believed to be fired from a drone, pictures from the immediate aftermath show less damage than what one might expect from a missile meant to take out a terrorist. No crumbling buildings or smoky, charred remains. That’s the calling card of the Hellfire missile sometimes called the “ninja missile” for its ability to kill without leaving much of a trace.

This Sho Kosugi of weaponry hits a specific target with minimal collateral damage. As al-Zawahiri found out firsthand, the high-tech device can pack quite a punch.

How does the Hellfire Missile work?

While defense officials confirmed they’d taken out al-Zawahiri, the exact weapon used remained a secret. However, because of so little damage in taking out the terrorist, many defense experts believed the ninja was deployed.

The Hellfire has been part of U.S. military operations for more than two decades and was originally designed as ​​an anti-tank missile in the 1980s. The missiles are extremely precise and can be launched from helicopters, ships, ground vehicles, or unmanned drones.

“It can do enough damage to destroy most targets such as vehicles and buildings while not doing enough damage to level city blocks and cause significant civilian casualties,”  Foundation for the Defense of Democracies Ryan Brobst told the Associated Press.

But the R9X comes with a twist. Unlike most missiles, this Hellfire carries no explosive payloads. That doesn’t mean they’re not deadly. Instead of a big boom, just before impact six razor-sharp blades emerge and rotate around the device.

These blades can shred through cars and buildings in seeking out a target. Nearby property and people, however, are usually left mostly unharmed. That may be the case, but it’s a good bet what was left of al-Zawahiri wasn’t a pretty picture. Some defense experts have dubbed the Hellfire R9X Missile the “flying Ginsu.”

As he sat on the balcony of his home, al-Zawahiri probably had little time to find anywhere to hide. The ninja missile zeroed in and ripped through its target with deadly consequences.

Hunting down bad guys anywhere in the world is easier now than at any time in history. It’s Missile Command on steroids. A terrorist may find temporary shelter in hostile territory, but can’t be safe forever. Not only are those on the run having to look over their shoulders, but also to the sky.

So how did this Hellfire go from drone to terrorist? The Pentagon is tight-lipped on exact specifics and hasn’t even officially confirmed the existence of the R9X.

The CIA must have some sort of intelligence presence still in Kabul and was able to pinpoint al-Zawahiri’s location. Apparently, the man who was second in command of the 9/11 attack and other al-Qaeda operations enjoyed relaxing outdoors just a bit too much. American forces were able to confirm his regular life pattern and deduce that he’d be on that balcony most mornings. Cue the Hellfire R9X.

“He grew especially fond of stepping out onto the balcony after morning prayers so that he could watch the sunrise over the Afghan capital,” the Guardian notes.

This apparently eventually led to the launch of two Hellfire ninja missiles from a Reaper drone. This hunter-killer unmanned vehicle is designed for long endurance, high-altitude surveillance, and missions. When a target’s location is found, a drone operator thousands of miles away can single out a target as if right on board the aircraft.

The use of drones and this high-tech technological warfare have made it possible at times to eliminate a target without risking the lives of pilots and other military personnel. An enemy can be taken out from virtually anywhere in the world.

“Perhaps mindful of the doubts that are certain to swirl around the Zawahiri killing for days to come, the White House said that the Sherpur safe house where the drone strike happened had been kept under observation for 36 hours after the attack,” the Guardian reported. “Officials said that Zawahiri’s relatives were seen leaving the house under Haqqani Taliban escort, establishing that they had survived the strike.”

Al-Zawahiri – not so much.