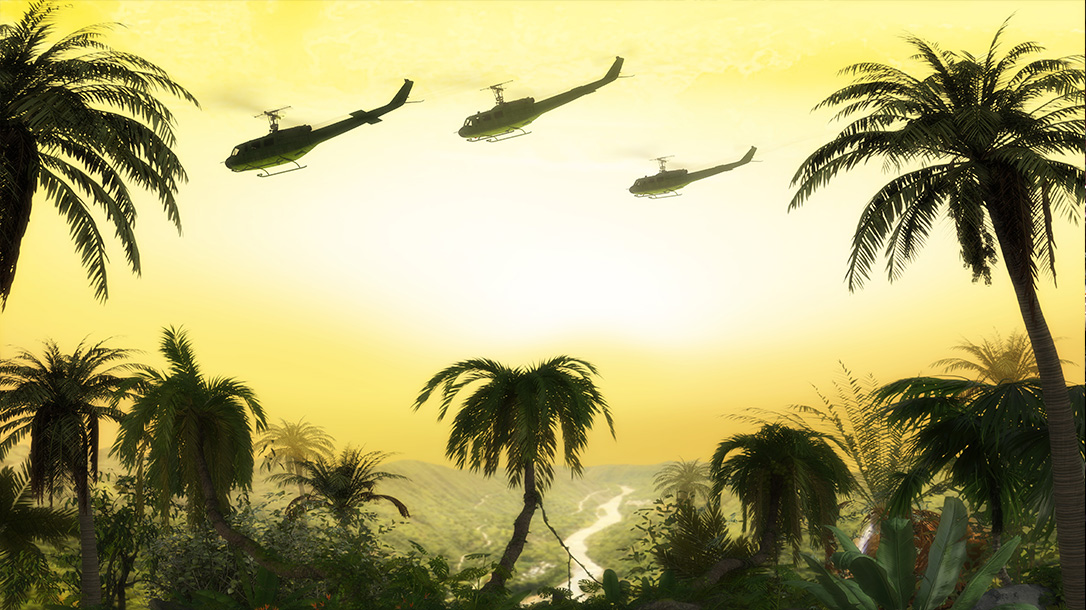 The Fall of Saigon: Our Sacrifices Were Absolutely Necessary

Until recent events, of which I am sure we are all painfully aware, the fall of Saigon was one of the darkest days in American military and political history. It was maybe not the culmination, but certainly the termination of a decade and a half of US military advisory, combat, and domestic political and social turmoil. When the last of the troops left that last day of April 1975, when those unforgettable images of the Huey lifting off from the embassy roof and Chinooks ferrying waiting evacuees from the US Embassy parking lot were broadcast for all the world to see, it left, maybe not a scar, but certainly a nasty bruise on the ego of the USA.

As dawn broke on 30 April 1975, US diplomat Wolfgang J. Lehmann boarded the last helicopter evacuation flight from the embassy compound. Ambassador Graham Martin was on the penultimate flight minutes earlier, both having stayed to oversee the evacuation at what was a last-minute change of departure location. Tan Son Nhut Air Base was the initial evacuation sight but came under NVA artillery fire two days prior forcing the unplanned shift to the embassy. Lehmann recounted a “tremendous sadness” as those final passengers sat utterly silent but for the thump of the rotors. As that last flight lifted off and they watched the lights of the approaching North Vietnamese convoys.

That unexpected change of withdrawal locale came to be known as Operation Frequent Wind (unrelated to your college dietary experiment of seeing how long you could subsist on Keystone Light and Taco Bell alone – conclusion, longer than one would think but that’s for another article). With the imminent departure of troops in sight, evacuation planning began in March of 1975. US intelligence was confident that the South would be able to hold out against the north. It is unlikely the US, or even the North, was aware that the conditions for the forthcoming NVA offensive.

The Beginning Of The End

The North Vietnamese had begun their advance began March 10, emboldened by strategic victories just weeks earlier and little support for the South from the politically embattled US. Ford had just taken over from a disgraced Nixon and had little support from an already weary Congress and US population. Thus, the advance of the North progressed at a pace likely surprising to even them. Hue was captured March 25, Da Nang March 28, and they reached Xuan Loc April. There, ARVN made their last stand and collapsed by April 20.

Finally, April 29, the NVA made their final push into Saigon and thus began the termination of fixed wing operations at the airport and the contingency plan at the embassy, Operation Frequent Wind. By morning of April 30 defeat was imminent and the US cut evacuations to just remaining Americans. With helicopters rotating through every 10 minutes, the job completed at 07:53; by 14:30 the South had surrendered. In the months and years following the North continued their reign of terror against the once freedom seeking South. It is alleged some 30,000 informants were systematically hunted and killed using lists left behind by the CIA.

An Unfortunate Turn Of Events

Interestingly I started this article many months ago, as a simple enlightenment piece to help us remember and reflect upon the turmoil of the time and the sacrifices that so many had made, and maybe even throw in a little cynicism about politicians’ uncanny ability to snatch defeat from the jaws of victory, time and again. The events of August 15, 2021, in Kabul had yet to occur, or even be foreseen.

But the parallels are too obvious to ignore. I struggled however with how to frame them. But I finally see the source of that struggle is the pain in admitting that this time we seem to have learned from the few things we in fact did right in Vietnam and screwed those up too. After the Paris Accords in ’72, at least we thought we were leaving the ARVN in a strategic and tactical position to continue on a path to eventual victory. Although absent some poor negotiation and lack of political intestinal fortitude, we in fact did militarily. We did no such thing in Afghanistan.

More Of The Same Old Song?

If we think that watching the rogue’s gallery of the world vie to fill the vacuum of global military and socio-economic leadership left by the US in the late 70’s was ugly, get ready to see that accelerated to 21st century speeds. Russia is already banging down Ukraine’s door. Inflation is at a 40 year high. China is sitting quietly licking its chops at the opportunity.  History may not repeat but it certainly rhymes. We are about to give Iran their path to nukes back. That might turn out worse than a hostage crisis. Just sayin’…