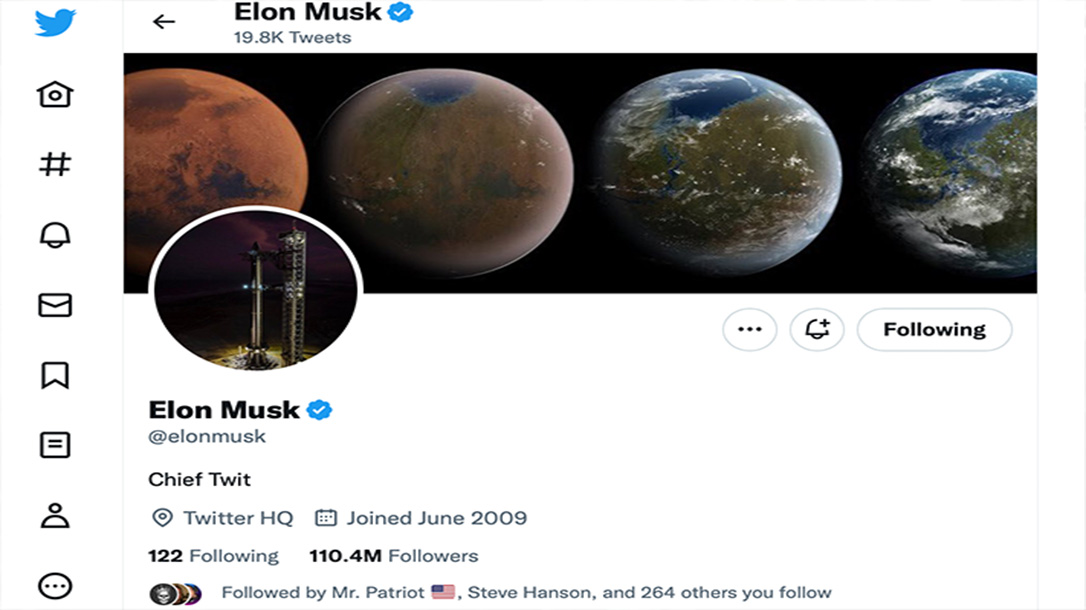 After much anticipation and all the drama we come to expect around anything involving Elon Musk, his deal with Twitter is finally complete. Almost one year and 44 Billion dollars later, Elon Musk now sees himself as the majority owner of one of the most influential tech companies to ever exist on the planet.

Thursday night, Elon Musk took control of the social media giant Twitter, and within hours we began hearing reports of the terminations of top employees. As of Friday morning, CEOs, CFOs, and who knows who else are all looking for work. While clearly, this isn’t good news for Twitter employees, what does it mean for the rest of us? Most importantly, to millions of freedom-loving Americans like us here at Skillset, what does this mean for free speech and the firearms community?

Censorship and social media platforms go together like peanut butter and jelly these days. Twitter wears the crown for deleting accounts and issuing lifetime bans for anyone that disagrees with them, or their narrative, even Sitting U.S. presidents. They’ve banned everyone that dared speak out against anything they disagreed with—all in the name of protecting us, the common folk.

Of course, many more are on that long Twitter ban list, but do you spot a re-occurring theme? That’s right, you guessed it. The majority are all people on the conservative right—the side of Faith, Freedom, and Firearms.

The Future Of Free Speech

But now that someone is in control whose sole reason for buying the platform is said to lie in free speech for all, what can the 2A community expect from this social media giant?

For years mainstream media has taken to the side of the liberal left regarding reporting on gun violence, mass shootings, or any other story involving the 2nd amendment. Playing to their audience and preserving their alliance to whatever dark secret master group of the Illuminati or whoever they ultimately serve. Don’t worry; there’s no need for a tinfoil hat here, folks. We aren’t going to go all Alex jones on you right now.

This leads me to the whole point of this article, however. Will we once again be allowed to question anything again openly? Whether it be election integrity, vaccine mandates, or, yes, god forbid, even school shootings. See, the point of the 2nd amendment, in case you missed it, is to uphold the first. Despite what some will lead you to believe, repeating a lie repeatedly doesn’t make it the truth. The 2nd amendment isn’t about 30-round mags for hunting and deer wearing Kevlar vests. It’s about the truth and the freedom to question it openly.

“The reason I acquired Twitter is because it is important to the future of civilization to have a common digital town square, where a wide range of beliefs can be debated in a healthy manner, without resorting to violence,” Musk said in the message. “There is currently great danger that social media will splinter into far-right wing and far left-wing echo chambers that generate more hate and divide our society.” Elon Musk

And while some will say Twitter is a private company and can do what they want. Would the digital town square we now exist in belong more to the people it’s meant to serve than the tech giant who created it? In other words, while they may have built the playground, now that we are all here, shouldn’t we be allowed to play on the only existing equipment?

Sure, start your platform, some will shout, but that sidesteps the point.
We know Twitter openly has Bot accounts numbering in the millions, is it the court of public opinion, or was it just theirs being repeated under the guise of real users? I’m afraid there are no easy answers in this digital age we currently live in.

Will loving your country and honoring the flag become acceptable again on Twitter? Will we see firearms, gun debates, and both sides of the 2A argument play out evenly on the platform? Ineeventibaly, the next mass shooting or school shooting will occur sometime in the near future, and unlike in the past, will both sides of the aisle get their turn to speak?

All we can do in the days and weeks to come is watch Elon musk’s moves and see what and who he allows to return to the platform. These cues may tell us if the conservative crowd has gained an enormous tech ally in their fight for freedom. Without a doubt, Americans like ourselves need all the help we can get in this fight against evil, as does the entire world populace. We are counting on you, Elon.

We would love to hear what you, the #Skillsetfam have to say on the subject. Leave a comment below or follow us on Twitter @skillsetmag, at least until we get banned for flexing our first amendment rights.