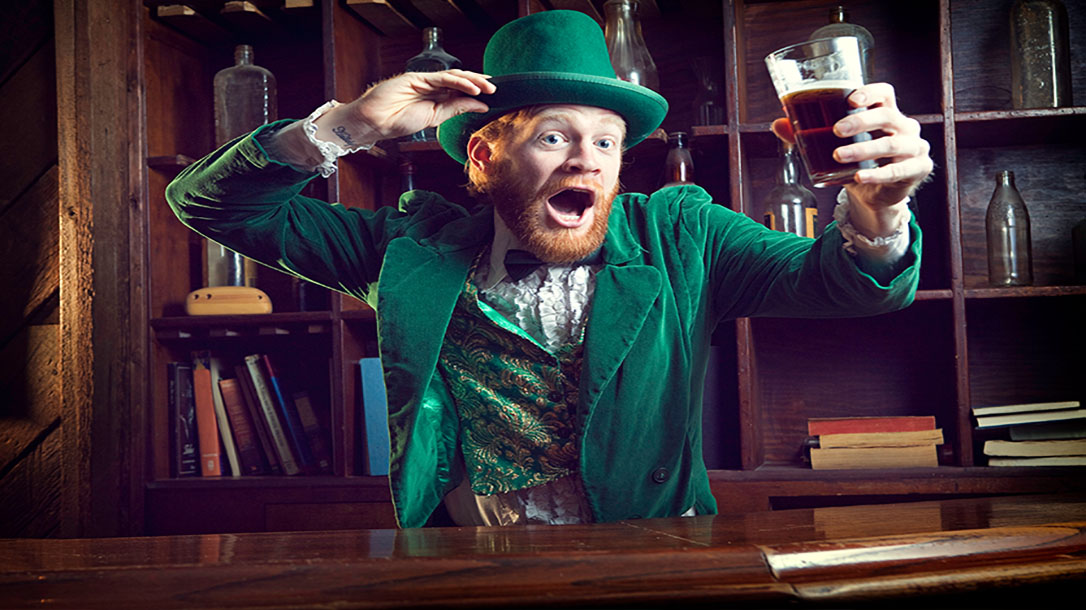 March 17th, a day of worship, comradery and crap tons of green everything, from the beer to the seas. St. Patrick’s Day observes the death of St Patrick, the patron saint of Ireland. The holiday has evolved into a celebration of Irish culture with parades, special foods, music, dancing, drinking and a whole lot of green. St Patrick, is the one who ministered Christianity in Ireland during the fifth century and is celebrated in countries with people of Irish descent and anybody who just loves an excuse to get three sheets to the wind.

New information to those who have never heard this before, this is entirely an American Tradition. Some think it started back in the 1700’s.  Since then we have come up with all kinds of ways to celebrate our American St Patrick’s Day.

It was thought that by wearing green it would make you invisible to leprechauns or fairy creatures that would pinch anyone they could see.

Being a Dick and Pinching Anyone Not Wearing Green

I seriously have PTSD from school when the 17th landed on a school day and all of the kids that would think this was some open invitation to to grab small chunks of my skin an press as hard as they could between their fat little digits just to get the much lacking attention they didn’t receive from mommy and daddy, or maybe they really were the leprechauns or fairies in disguise Ahhh.

This is a day of holy worship for Roman Catholics in Ireland. It is also a day of feast in the Church of Ireland.

Corn beef, cabbage and soda bread. Corn beef and cabbage is a very simple dish that is just that: corn beef with spices, potatoes, carrots and a head of cabbage. Soda bread is a bread that uses baking soda as the leavening agent instead of traditional yeast and let’s face it everyones getting enough of the yeast from their beer so who needs it in their bread.

Every city has to partake in the tradition of a Saint Patrick’s Day parade.  Where everyone pretends they care about the Irish, wears more green than they even own and worships the evil little leprechauns like they’re some kind of magical, wish granting midget.

Whether you find them loveable or creepy, they are diminutive supernatural beings, also believed to possibly be a type of fairy. The folklore says they are believed to be solitary creatures that enjoy making shoes and playing practical jokes. I’ve heard all I need to and they go into the “creepy” category for me, I mean “practical jokes”, ever heard of the God of Mischief and not hunky one named Loki, but more like King Paimon from the movie Hereditary (look it up) he is one of the Devils most most obedient devotees. To quote Greg Bismarck, an Adept Initiate magician for more than four decades “What grows in the dark grows twisted. For millennia, these spirits have been cursed and castigated by magicians, who have abused them. They also made the mistake of bargaining with them.”

That’s right you heathens it’s a damn religious Holiday, what-da-ya-think this is Mardi Gras?! It’s not a day for drinking, getting drunk and showing you boobs. Well maybe since this is truly an American tradition and not the serious one that is celebrated in Ireland.

Since 1962 they have been dying in the damn river … It’s a river, not a dam. The dye formula is a secret like the secret krabby patty formula from old Mr. Crabbs, but members assure that it is safe and environmentally friendly. Although the murky water that is the Chicago river could probably use some chemicals to clean it up.

So before you dawn that top hat with the clover on it or pull that green “Kiss Me I’m Irish” shirt over your head, remember all of the amazing ways to celebrate this made up American tradition, hell come up with a few of your own like smacking a random red-head assuming they’re Irish or talking like Braveheart for exactly two hours of the day. Well, whichever you choose I’m sure everyone around you will be drunk and it won’t really matter, so just go have fun!