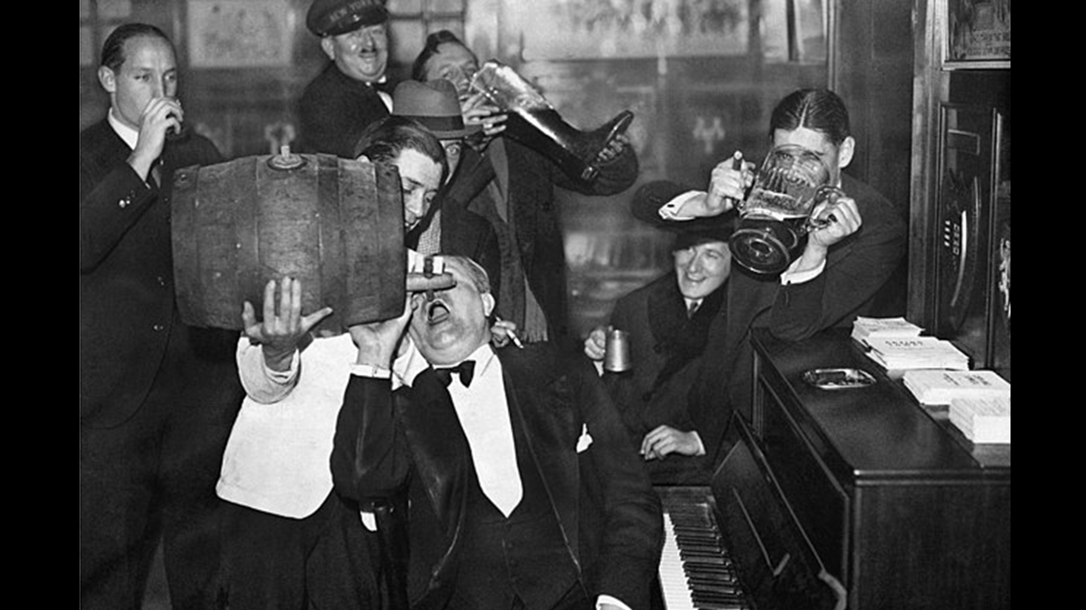 Speakeasies And Prohibition – The Backroom Story

Ronald Regan spoke the truest words ever when he said “The nine most terrifying words in the English language are: I’m from the Government, and I’m here to help. “. To list all the times when the government has been a tyrannical nightmare would fill volumes. One of the most egregious examples was prohibition. Prohibition was ultimately a nationwide ban on the sale, production, and transportation of booze. While we could go into detail about groups such as the Woman’s Christian Temperance Union and the Anti-Saloon League, I will summarize it by saying that a bunch of nosey Nancys and temperance Todds decided the US was facing a morals issue. With that, the 18th amendment was passed in 1920. As with any other totalitarian move, the people were less than thrilled about the situation and soon took matters into their own hands.

In short order, people began to create secret locations to get a drink. The booze being served was either secretly manufactured, stolen, or smuggled in. The U.S. Treasury Department, charged with overseeing alcohol enforcement, estimated that by the mid-1920s, some 60 million gallons of industrial alcohol were stolen annually to supply the country’s thirst. These establishments were known as speakeasies, and they soon ranged all over the country. Speakeasies became very successful and profitable as you can imagine. When money flows like this, it is certain to catch the eye of organized crime. It is during prohibition that the “mob” really became a dominant power in the US. Within a year, speakeasies became a major part of American culture and the money flowed as fast as the gin. The government made it a crusade to shut these places down. The Bureau of Prohibition (yes it was a real thing) would raid speakeasies and arrest patrons. It did little to stop the trend however and the booze continued to flow.

It is at this point the United States Federal Government devised a plan to discourage drinking. They would simply poison the alcohol supply. Some may argue that this is an overly simplistic statement, yet it is still true. Any statements to counter this fact will undoubtedly contain the phrase…” yeah, but”. When it was all said and done, the Federal Government killed over 10,000 people with their plan. On a personal note, I encourage you to research all the times the government has done things most people believe would be unthinkable. It will be a very long read, to say the least.

Once exposed, this became an embarrassment for the government, and a move towards repealing the 18th amendment started being whispered across the country. Mix in the explosion in criminal gangs and new opposition to prohibition emerged nationwide. The shouts became louder, and prohibition ended with the ratification of the 21st Amendment, which repealed the 18th Amendment on December 5, 1933. This is the only time in American history in which a constitutional amendment was passed for the purpose of repealing another. Even with the 21st amendment, several places around the US remained “dry”. In fact, remnants of prohibition can still be seen in certain “dry” counties around the country.

End Of An Era

With the end of prohibition, we saw the end of speakeasies as well. These were iconic locations filled with characters and a story of pure Americana. Today speakeasies have made a resurgence as people look for a connection to history as well as unique places to imbibe. One such place is the White Rabbit in Gilbert, Arizona. Hidden in the basement of an unassuming building it provides a throwback experience. There is a password needed to get past a gentleman standing casually at the top of a stairwell. Once you get past him you make your way down and enter a small hallway decorated with shelves. There is no definable door, and you will need to look for the secret entrance. Once inside it is a comfortable enjoyable place to visit with friends and have a tasty cocktail.  Doing a little research allowed me to find several other speakeasies around the country.

Speakeasies were more than just a hidden bar. They were sanctums of freedom. Forgive me while I slide my soapbox over, but I fear we will need speakeasies again. Anyone who does not see the unhidden tyranny of our current administration is in denial or supporting it. As with the temperance Todds and know it all Nancys, we face a challenge to the core of what America is really about. Ultimately, I believe people want to be left alone in their lives, yet an overzealous government is once again “here to help”. Help that we do not want and certainly do not need. Have the courage to share your voice because a freedom prohibition is peeking its head over the horizon. Stay free my friends.