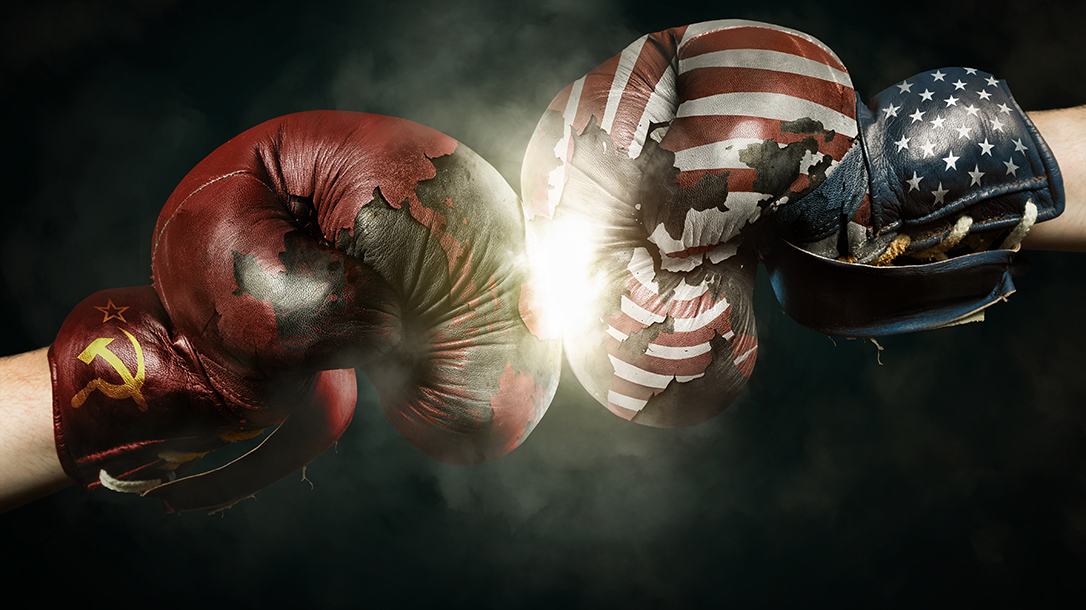 8 Reasons Why The Soviet Union Was The Best Movie Villain

Every great movie starts with a great villain. Every Sherlock Holmes has a Professor Moriarty, every Luke Skywalker has a Darth Vader, and every group of teenagers hanging out at a lake in the 1980s has a supernatural juggernaut in a hockey mask out to kill every one of them.

But, with a few exceptions, the villain can’t just be “chaotically evil.” The best antagonists think that their evil schemes are justified, that their worldviews are right, and that, most importantly, they are the good guys.

The Soviet Union was none of these things, but it sure wanted the world to think it was. For a long time, much of the world lived in fear of the menace of the USSR. Fortunately for the silver screen, it was long enough to give the world some of its best movies, cinematic moments and Soviet-inspired villains. Indeed, the heroes of the world only become great by rising to the challenges posed by genuinely threatening bad guys. Therefore, the following list takes a walk down memory lane to recognize the reasons why the Soviet Union was the best movie villain ever—and why America was the perfect foil to the dastardly USSR.

1. The Soviet Union Was A Worthy Adversary

The chief problem with being the world’s sole superpower is being the world’s sole superpower. There is just no one left that could actually be a real threat. Radical terrorism is a joke that got lucky one time. China doesn’t want to kill all of us; it wants to be us, which is sadder than anything. The Russian government today is only good at playing pranks, and I fully expect to be murdered by Novichok or polonium for writing that.

Nothing is a better example of this than the differences between the two Red Dawn movies. In 1984, it was Cuba, Nicaragua and the Soviets invading America, which was so much more believable than the 2012 remake. Does anyone believe North Korea is capable of invading anything other than a stolen case of Hennessy? No.

From the beginning of the Cold War to the very end, the USSR was worth every bit of disdain we had for it. The cinematic atrocities committed by Soviet villains were as awful—and sometimes exactly the same—as the atrocities and provocations committed by the Soviets in real life. The Berlin Wall, the invasion of Hungary and the Cuban Missile Crisis are all examples of unnecessary and deadly things the Soviet Bloc did, and those are just ones from the 1960s.

Fast-forward to Afghanistan in the 1980s, and Soviet troops inflicted horrifying crimes against humanity on the Afghan people. In real life, their war there hastened the fall of the Soviet Union. In the cinematic world, they got a visit from John Rambo. Rambo kills as many Soviet soldiers as he wants to (there are 552 on-screen kills in Rambo III), and no one bats an eye because those bastards deserved to have a tank driven into their faces.

3. The Soviet Mindset Was Irritating To Americans

Simply put, nothing contrasts more with the utilitarian, fatalistic Soviet Union than the emotional optimism of America. For generations, writers have documented Russia’s widespread fatalism, which is generally an open acceptance of outcomes—either good or bad—while hoping for the best. To outsiders, this appears cold and calculating, and to an American, it makes them seem completely uncaring and has us seeing red.

In Rocky IV, after knocking out Apollo Creed in the ring, Ivan Drago says, “If he dies, he dies.” That line is probably the most realistic thing about Russians in the entire movie. It’s totally believable, and Dolph Lundgren delivers it like a total badass. Nonetheless, the coldness of it makes us beg for Rocky Balboa to pull Drago’s “perestroika” straight out of his “zhopa” with rusty pliers.

4. The Soviet Union Had Its Own Story

The years that followed led to a USSR and Soviet Bloc that systematically oppressed and killed millions of its people through forced migrations, pogroms, and a series of manmade disasters and famines. All told, the Soviet Union became a horrific and evil shadow version of the United States, and naturally, this played very well at the cinema.

5. They Easily Made It Personal

In Invasion U.S.A., the invading communist armies shoot up shopping malls, destroy cars and generally attack everything we love about America while killing innocent civilians—which is totally something we think they would do. You don’t get to shoot up the American Dream and get away with it, comrade.

In fact, no one delivers on-screen justice like the red, white and blue. The commies in Invasion U.S.A. get a visit from Chuck Norris because only Chuck Norris would duel with rocket launchers in a 10-foot office building hallway. And when Chuck Norris says, “It’s time,” it’s time!

6. All The USSR’s Evil Schemes Were Believable

We didn’t know how capable the Red Army really was; all we knew was that the USSR was a massive country with a massive army with seemingly unlimited resources and that it had already beaten us into space. After winning the Space Race, it seemed like the Soviets had unlimited potential, so no matter what Washington or Hollywood made up about them, it was easy to swallow. So, whether it was sleeper cells, programmed assassins or hypersonic stealth jet fighters, we accepted the reality of the Soviets’ devious ingenuity.

But we also knew that out there somewhere was a cornfed American hero who was ready and willing to destroy, shoot or steal whatever superweapon or evil scheme they came up with to try to attack our way of life. Again, with such a true-to-life backdrop to draw from, screenwriters had a field day for decades.

Speaking of devious secret plots, no one was better at devising evil schemes (in real life and at the movie theater) than the KGB, the Soviet state security agency. After all, these were the guys who designed the notorious Novichok poison dart that is fired from an umbrella—the one that will surely be used to kill me later.

The real-life KGB actually did hatch plans to totally disrupt American power grids (which didn’t happen) and to exploit racial and ethnic divisions in American society (which did happen), so why wouldn’t we believe something some Hollywood screenwriter came up with? Truth told, we totally did believe it. After all, why wouldn’t we believe the KGB had sleeper cells based all over the country who had infiltrated every aspect of our society? Why wouldn’t we believe they used live targets in weapons training? They could have been anywhere and done anything. Once more, the cinematic possibilities that arose from the actual shenanigans of the KGB made for a great many big-screen plot twists.

8. The Soviets Were Merciless

The USSR would use any means at its disposal to get what it wanted. They would kill anyone they had to kill, employ super-hot Soviet spies to “honeypot” their way to any information they needed, and they would counter any American superweapon with an equally impressive superweapon of their own. If the Death Star were ever to be a real thing, it probably would have been built by the USSR. And, at least, that would explain the Death Star’s one, poorly defended critical flaw.

But that determined mercilessness was also the Soviet Union’s downfall. Let’s face it, if they hadn’t taken their safeties off their torpedoes, the Americans would never have been able to steal Red October in The Hunt for Red October. And although the fall of the Iron Curtain was good for the real world, the “reel” world has never fully recovered.