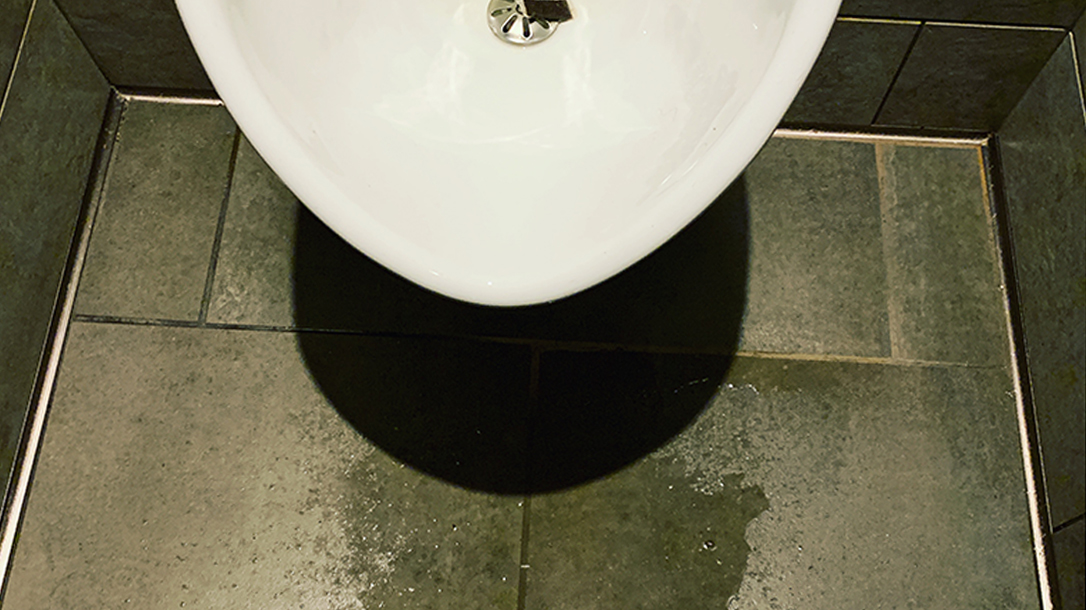 Skillset Life Lessons Part 1: Don’t Ever Be THIS Guy

My granddaddy used to say, “Son, you can tell a lot about a man by how he goes about pissin.’” I never really knew what he meant. I assumed he meant as in the proverbial “pissing in the wind” or something like that—that is, until I came across this crime against humanity. I did not encounter this abomination at some truck stop or greasy burger joint, but rather at a decent, suburban steakhouse (let’s just say better than Outback, but not quite Ruth’s Chris).

What we have here is a person who is able to have great aim with his big head (when spitting out the tobacco pouch, he manages to get it in the bowl), but, somehow, horrible aim with his little head, which is actually CLOSER to the bowl (he pisses all over the floor). This man’s mutant powers would put him on the world’s worst and most disgusting team of X-Men ever! What did he think would happen to that little pouch? If it was just loose chewing tobacco, eventually it would simply flush away. Instead, Captain Lowlife had to leave his little calling card so we could all have the pleasure of wading through his piss to see it. My granddaddy was right; we all now know everything we need to know about this monster by how he went about pissin.’

Author Brady Miller is the owner of Monkey Edge, the edged tools and gear division of Monkey Depot LLC. His website carries all the cool gear you want, not to mention he’s a veteran AND writer at Skillset Magazine.