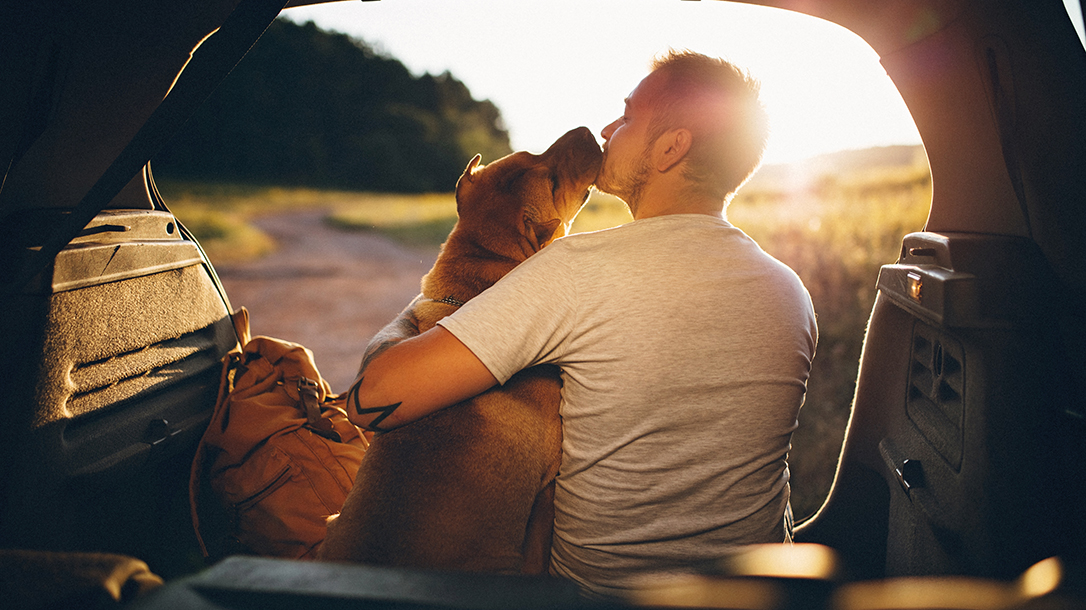 7 Reasons Why A Shelter Dog Is Man’s Best Friend

It’s dawn and you are standing on your favorite mountain ready for that morning hike; the air is crisp and there is a cool breeze blowing in from the north. You start just as the sun comes up over the horizon, and coming down the trail toward you are two ladies with four dogs on leashes. They seem to be a happy little family, and then you see the shirts the women and the dogs are wearing. One says, “Hi! My name is Otto, adopt me.” You quickly realize that the women and the dogs are no family; the women are volunteers at an animal shelter, and these lucky canines are out for a morning hike and some much-needed love, attention and, hopefully, exposure to that one lucky person who makes the decision to adopt.

There’s A Shelter Dog For Everyone!

I have heard some people say, “When you adopt a shelter dog, you adopt another person’s problems!” This couldn’t be further from the truth since dogs typically don’t end up at shelters because of rational thinking and decision-making by human beings. Most often, it is simply because that dog either has not been given an environment that it needs to thrive or it simply hasn’t even had the chance and was picked up from a life on the streets. So, judging shelter canines in general is nothing humans should be doing.

Thanks to the internet, there are so many platforms, pages and channels that show that the “other person’s problem” is an archaic way of thinking. To borrow a quote from the movie The Cable Guy, the vastness of the internet allows us to “… be able to visit the Louvre on one channel or watch female mud wrestling on another. You can do your shopping at home or play Mortal Combat with a friend in Vietnam. There’s no end to the possibilities!” But seriously, shelter dogs are much like humans in that they are, more than anything else, grateful toward those who show generosity. And just like those of us who have been hurt by another human, we need some time to heal and to rehabilitate, and so do they. Therefore, here are the top-seven reasons why shelter dogs are truly man’s best friend.

Most shelter dogs have either been surrendered or have been off and on the streets with intermittent residences; i.e., they have learned how not to piss off humans, and they know where to do the deed.

Shelter dogs will tend to know one or two, if not more, commands. If they are unlucky enough to have been dropped off by a previous owner, chances are that they have learned a thing or two while living in a household prior to their stays at the shelter. Also, the shelter will teach them basic commands while feeding them and letting them out for playtime (kind of sounds like prison).

Mixed breeds will be the most common type of dog found at the shelter next to pit bulls. What’s so great about a mutt, you ask? Purebred dogs frequently come with a conglomeration of health issues. There are over 300 health problems that can occur in all dogs, but when purebred, the risk is much higher for the simple fact that purebreds have less genetic diversity, which frequently results in many of the health problems that canines face.

Food and places to sleep are basic items a shelter dog is usually just happy to have, so they are not as picky, as long as it’s something edible and they are somewhere safe and warm.

When shown true love, shelter dogs will know it and will be the most loyal creatures to walk this earth for you, no matter their demeanor. Even the grumpiest will still protect you because they don’t want anything to happen to you.

Once shelter dogs feels safe, they will protect you and your home with everything they have. They know how to appreciate a good thing because they have learned that the possibility of it coming to an end is a cold reality they have faced too many times before.

Probably the most important thing about adopting a shelter animal is that it will open your mind and your heart to compassion that you may have never known was there. Most of us wouldn’t wish on our enemies the situations that these animals have lived through, and when we hear the stories of the lives that we have taken responsibility for, it can bring out the good in any of us.