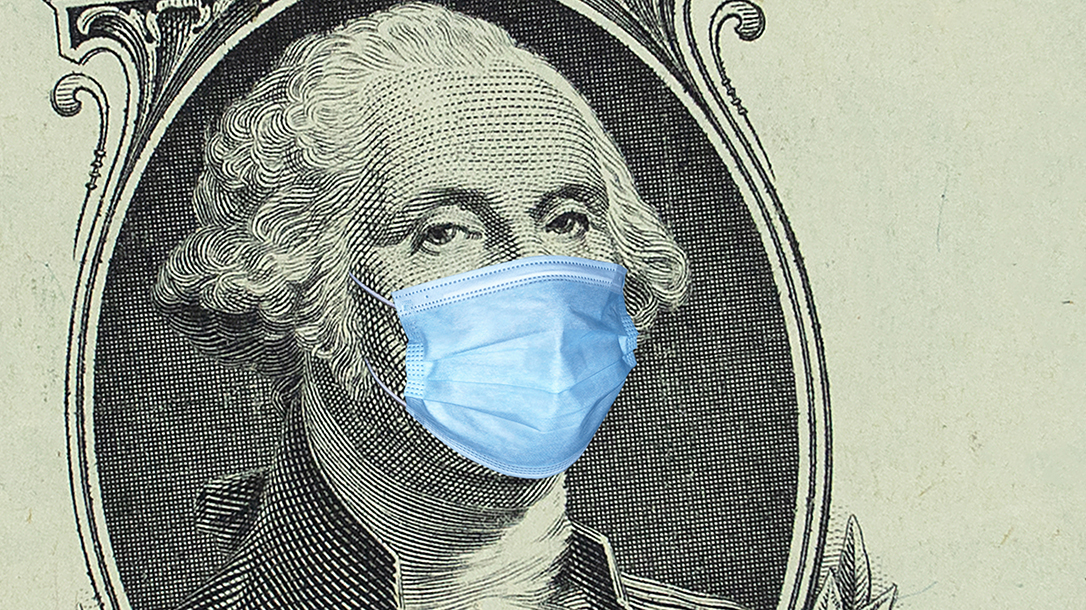 Scamdemic Spending: Invest Today For The Plandemic Of Tomorrow

March 15, 2020, changed the lives of a lot of Americans, and sadly, it was for the worse. In case you forgot, that was the beginning of the two-week lockdown that lasted over six months. That was the day that started a horrific trend of businesses cutting employees and some businesses having to close their doors for good. COVID-19 continues to be the gift that keeps on giving. (Yes, of course I am being sarcastic.) Whether you believe that it was a “plandemic” or a “scamdemic,” it affected a lot of us in different ways—from losing a loved one to getting financially destroyed due to the lockdowns. This article is going to help you to strategically plan what to invest in to make sure that you’re OK if anything like this (cough, cough) happens again. Currency comes in many forms, and it doesn’t exactly have to be the form of dead presidents, so let’s keep an open mind, starting right now.

Gold is always a solid investment since it is internationally desirable. From the dawn of time, gold has been recognized as currency due to its rarity and toughness to mine. Gold is used in circuit boards as well because it is a good conductor. It also obviously makes some of the most beautiful jewelry, and to this day, people invest highly in pure, 24-carat bullion coins. Gold is easy to hide and damn near untraceable, and it will always be worth its weight, well, in gold (which is currently hovering around $1,800 an ounce).

Silver is also always a solid investment choice for many reasons. Just like gold, silver is recognized internationally as currency due to its rarity, jewelry use and medical use. The United States at one time backed certain currency denominations with silver. In fact, certain paper bill denominations would actually say “silver certificate.” (This ended in 1964.) In fact, pre-1964 U.S. coins, such as dimes, quarters and half dollars, were made out of 90% silver. Eventually, the 90% silver coins ended when the U.S. Department of the Treasury felt that silver was becoming too expensive. Currently, silver sits at around $29 an ounce, and some people believe that we will see silver hit $50 an ounce within the next two years.

Firearms are always a solid choice to invest in too. The Second Amendment will always be what our county is built upon. There are many, many different firearms out there, but tactical or military-style firearms are always the best choice for investment. Every household needs at least one AR-15 per family member, which is why the AR platform will always be a solid buy. Whenever there is anything going on in the world that could lead to civil unrest, especially domestically, it will always result in the “I want to purchase an AR-15” mindset.

On multiple occasions, I have personally seen an anti-gun person transform into a “gun person” when some life-changing, society-wide event occurs. Usually, when this happens, gun stores run out of firearms, and this drives the prices up to double or triple what they were previously. While I could discuss this topic for an entire article, make sure to get yourself a Glock 19 as well. (Actually, buy five of each and then sell one or two back to the gun shop during the next firearms shortage—you can thank me later.)

Ammunition for firearms is another solid investment bet. (After all, you can’t use a firearm without ammunition.) Ammo is considered to be “brass gold” since many people believe that if society collapses for any amount of time, we may very well be trading ammo for goods and services. During any type of world crisis that could lead to fears of civil unrest, people flock to gun stores to buy up the ammo. I have even witnessed people buying ammo for firearms in specific calibers that they don’t even own. During the pandemic, ammo prices doubled, tripled and then quadrupled in certain cities and states due to ammunition shortages.

Next, comic books, original art and sports cards are starting to be recognized as assets. I could also go on about this specific topic forever, but here are the facts: In times of crisis, people are scared to invest in stocks (which basically means that you are investing in a company). However, everyone loves pop culture and sports, and more people want to have what they couldn’t afford when they were kids. Since the pandemic began, all three of the above-mentioned collectibles have seen huge price increases.

First appearances or iconic moments in comics, especially, have jumped to three to four times what they were going for before the pandemic. (Previous Skillset articles that I have written on comic book collecting are worth looking into if you are interested in this type of investment.) Sports card collecting is pretty much common sense; purchase rookie cards of any sport you follow and, obviously, do some Google searches for rarity cards that are not rookie related. Original art typically refers to comic book original art. Original comic book art is all one of a kind. It holds its original investment value and usually climbs 10% every year after. Pay attention to all the big-name auction houses to watch what stuff is selling for to better educate yourself on this investment.

Finally, cryptocurrency is now the latest and greatest way to hide money without the government knowing about it. There is a strong possibility that by the time this article comes out, we may see government restrictions on crypto, but as of now, there are none. I don’t think that there is a universally accepted agreement about why cryptocurrency was created. Some people say that it was designed as a universal standard currency so that every country’s dollar equivalent would be worth equal amounts. Others believe that it was created to hide money from government oversight so that there would be free trade among other crypto owners (such as Bitcoin).

Slowly but surely, however, we are seeing more and more businesses accept Bitcoin as a form of payment. Currently, Bitcoin is worth around $45,000 per coin, but you can purchase any denomination or any percentage of a denomination of it. Bitcoin’s value goes up and down like a stock, so whatever dollar amount you invest in it will either increase or decrease over time. What is Bitcoin and how does it work? Well, that is a question for Google, my friend. (I will neither confirm nor deny that I have done very well investing in Bitcoin and other cryptocurrencies.)

While I truly hope that we never go through another pandemic and lockdown event, we all know that this is likely to happen again. So, please invest carefully yet aggressively in any and all of the above items. Remember, it isn’t about liking or disliking the stuff you invest in, it is about making money.