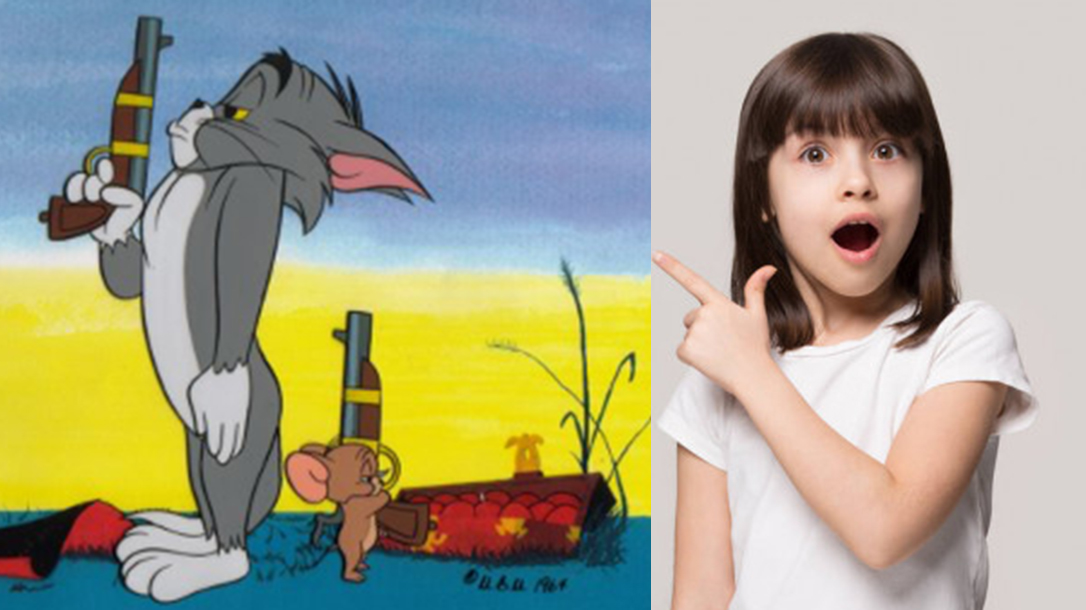 Back before everything was padded, plastic wrapped and dumbsh*t proofed, kids watched real cartoons. Whether it was coyotes and road runners or cats and mice, every Saturday morning America’s kids tuned in to watch zany cartoon characters try to kill each other with every weapon under the sun. Despite the fact violent cartoons have never been definitively linked to actual violent behavior, society decided these classics were too racy and cartoon content was regrettably watered down. These are the best kids shows from the days when men were men and violent cartoons were all the rage.

The original Looney Tunes were a series of cartoon shorts made by Warner Bros. from 1939-1969. Disney and MGM were the leaders in cartoons at the time, so they had greater resources to work with, but they also had a lot more corporate oversight to work with. This meant that the somewhat ragtag creators of the Looney Tunes were able to take risks and be creative with their characters and content. What they eventually created was a band of wise-cracking characters that engaged in one slapstick comedy sketch after another.

The Looney Tunes have attracted a lot of negative attention by the modern anti-fun activists who like to act as if every depiction of an action or an event on screen is an endorsement of it. Therefore, reruns of old Looney Tunes cartoons are often edited fairly heavily to cut out some of the most “offensive content” (eye roll). Some of the most controversial scenes featured characters like Yosemite Sam, Daffy Duck and Pepé Le Pew committing suicide by gun, or Elmer Fudd, Bugs Bunny and most every character at some point shooting other characters with firearms or blowing them up.

Although none of the characters ever really die, modern activists claim these scenes somehow translate into gun violence. Aside from gun violence, the fun police have also retroactively sanctioned the Looney Tunes for Pepé Le Pew’s tendency toward sexual harassment and the supposed racism of the Speedy Gonzales character. If you’re lucky, however, you can still find DVDs of the original Looney Tunes shorts in all their glory.

Tom and Jerry made its original run from 1940-1958, and it has since been the subject of multiple reboots and spin-offs. The story centers around two main characters, a housecat named Tom and a mouse named Jerry, and their endless violent battles with one another. The cartoon features a pure slapstick comedy style similar to the Looney Tunes, but it relies even more heavily on physical and situational comedy between the two characters than most of the era’s cartoons, and there is absolutely no dialogue aside from an occasional “YOOOUCH.”

Over the course of the series, the characters bludgeon each other with bats, pipes, wrenches and clubs. They stab and shoot each other, they blow each other up with dynamite, and they even burn and boil each other. Due to violent content, many episodes have been edited or banned completely. Tom and Jerry has also come under fire for supposedly racist themes, including a human character named Mammy Two Shoes who occasionally scolds Tom for misbehaving and apparently promotes negative stereotypes about black people.

Woody Woodpecker made his first appearance in the 1940s and ran until the mid-1960s. He was a wildly energetic woodpecker known by the other animals for being erratic and highly annoying. He also wasn’t afraid to get his hands dirty. Over the course of the show, he slashed characters with a straight razor, hit them with shovels, shot them with guns and (his favorite) pecked the living hell out of them.

Like all post-war-era cartoons that featured a lot of gun play, many episodes of the show have been edited heavily to conform to modern, sensitive sensibilities. Despite the fact that “peckerwood” is another word for the woodpecker and also a derogative word for a racist white person, Woody Woodpecker is one of the few cartoons from its era that hasn’t drawn flack for racist epithets.