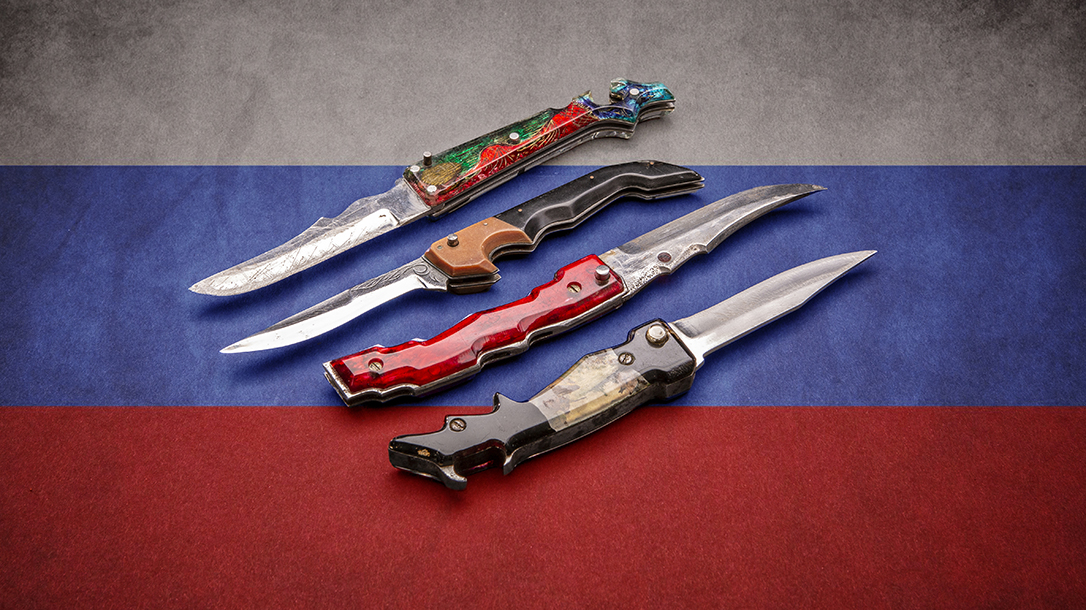 Russian Prison Shanks: A History of the Legendary Handmade Blades

When a person thinks of Russia, often there are a few things that come to mind first. Naturally, vodka tends to be at the top of that list, with Stalin pulling in at a close second. The third thing? It’s usually a toss-up between their nesting dolls and the fact that Russia is a frozen-over hellscape. Over the years, however, one item continually comes up that relates to the Russian penal system: Russian prison shanks.

Russian Prison Shanks Are Worth Their Weight in Gold

With a history clouded by rumors and hearsay, it’s impossible to know how much about this weapon is true. Urban legends hold a stubbornly dear place in many hearts, so a blade sharing a similarly questionable mythology lends itself to a mystique that collectors and historians alike have been fascinated by for decades. However, in the interest of clarity, I will cover some of the factual aspects of how these came into existence.

People say that money is the root of all evil, but that doesn’t really fly when you are in prison. In fact, when you’re in the slammer, money may just as easily buy you happiness! That is why Russian inmates often went above and beyond when creating such unique, one-off pieces as favors for their guards in the hope of procuring a bit of pocket cash to cushion their stays in prison.

Now obviously, a pocket full of rubles is great; however, nothing compares to a few extra minutes of yard time, especially when you are in a situation that drastically limits your ability to come and go as you please. So, when the possibility of earning a little extra freedom arose, creating pieces for guards that were a bit outside of the norm could work to an inmate’s advantage.

A piece resurfaced a few years back that I can only assume belonged to a guard’s wife. It’s a beautiful, handmade comb that he might have brought home to his zhena—don’t Google this; it is a Russian bride, and I had to explain that search to my IT boss—as a token of affection after he mindlessly forgot their anniversary, her birthday, or for when she found out that he had slept with her sister … Opa!

With the excessive amounts of downtime these inmates had, it’s no wonder so many of them turned to “arts and crafts” to pass the time. Luckily for us, these trinkets are 100 times more badass than the rattan furniture inmates in California were making while listening to and “appreciating” music. (So glad you made it out of there, Daisy!)

Now obviously, inmates in Russia weren’t allowed to sell their creations to the public, at least not legally. That’s because there was a list of laws and regulations that forbade anyone but officials from carrying a weapon.

Russian civilians during the Soviet era had very limited freedom to carry anything that might be construed as a weapon—even bladed ones. If they were found to be in possession of weapons without being able to give clear and concise explanations as to why they had them, there were consequences. Therefore, the secondary market was booming from the late 1960s onward because the general population could better protect themselves.

The prices for these blades varied, simply because compensation for them was at an inmate’s discretion. Often, these knife makers would increase their prices. Why? Well, they knew that whoever sold their products for them typically took an additional cut from the transaction for themselves. What would we do without our friends?

Bob Ross Would (Potentially) Be Proud

Another major reason why so many collectors love these blades, is the amount of creativity that went into them. No two blades are the same, since the inmates had to use whatever materials they could find. That meant scales were made from repurposed wood all the way to Bakelite, which was discontinued in the 1940s. We are talking about bottom-of-the-barrel materials that would otherwise never be used for anything, let alone a one-off, handmade switchblade.

These knives were typically assembled in the machine shops where they were commissioned to help their country in any manner. This meant that while Ivan and Dmitri were fashioning pipes to be sent to a nearby municipality, they were also making the strongest, quickest-opening knives during their shifts. The quality may have been subpar, but they have survived the last 70-plus years and are still going strong!

Today, you can find these blades for sale ranging in price from just less than $100 (these typically have slower action and duller blades) to around the $800-$900 range for those in more pristine condition (these have rarely been opened or used and oftentimes have been kept in a collector’s display case). You will never see someone walking around with one of these. Most people keep them on display in their homes. These Russian prison shanks come in every shape, size and color you could imagine. Perhaps you will discover that you have an interest in collecting these fascinating pieces of historical weaponry yourself.