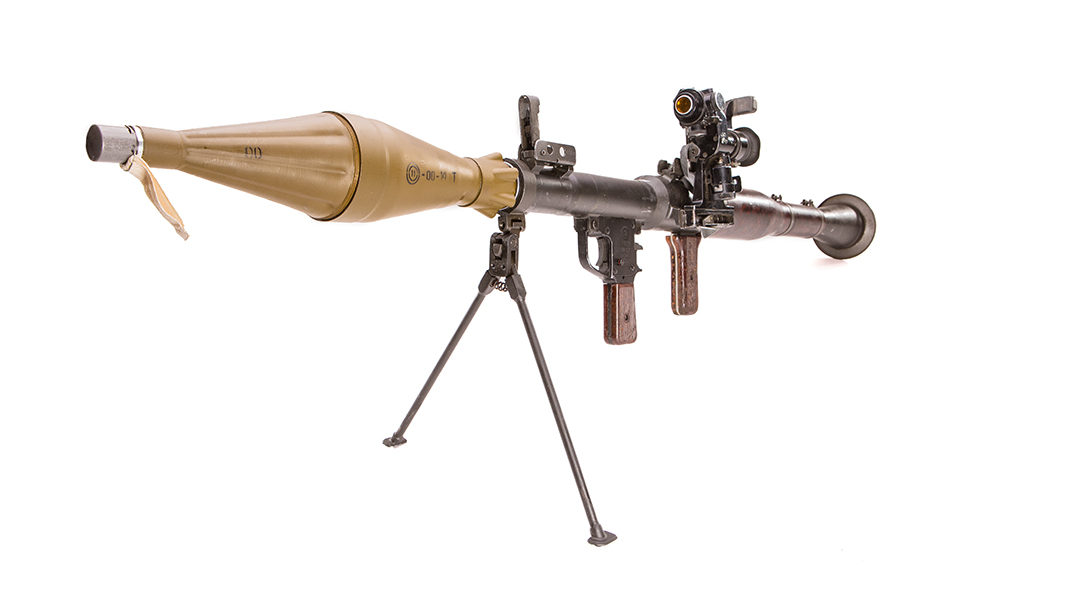 The Devil’s Arrow: Why The RPG Is Still A Super Bad Ass Weapon

For millennials, “RPG” stands for “role playing game.” But warfighters know it as an inexpensive, simple to use anti-tank, shoulder-fired grenade launcher. Here’s some quick history and facts you should know about it.

For the record, RPG stands for “Ruchnoy Protivotankovy Granatomyot,” which is Russian for “Handheld Anti-Tank Grenade Launcher.” However, most people just refer to it as a “Rocket-Propelled Grenade” for simplicity’s sake. Plus, it just rolls right off the tongue.

It comes with five different warheads. The RPG is most widely used anti-armor weapon in the world because it’s cheap and pretty easy to use. It is portable, shoulder launched and reusable. More than 9 million have been built in total. Also, we should note that RPG-7s have a minimal effect on M1A2 Abrams Tanks—just in case you’re ever in that situation.

Chances of Getting Killed By an RPG-7

If you like articles like this, you’ll LOVE our podcast Skillset Live!  Get in on the conversation on our social media pages or pick up a back issue at OutdoorGroupStore.com!