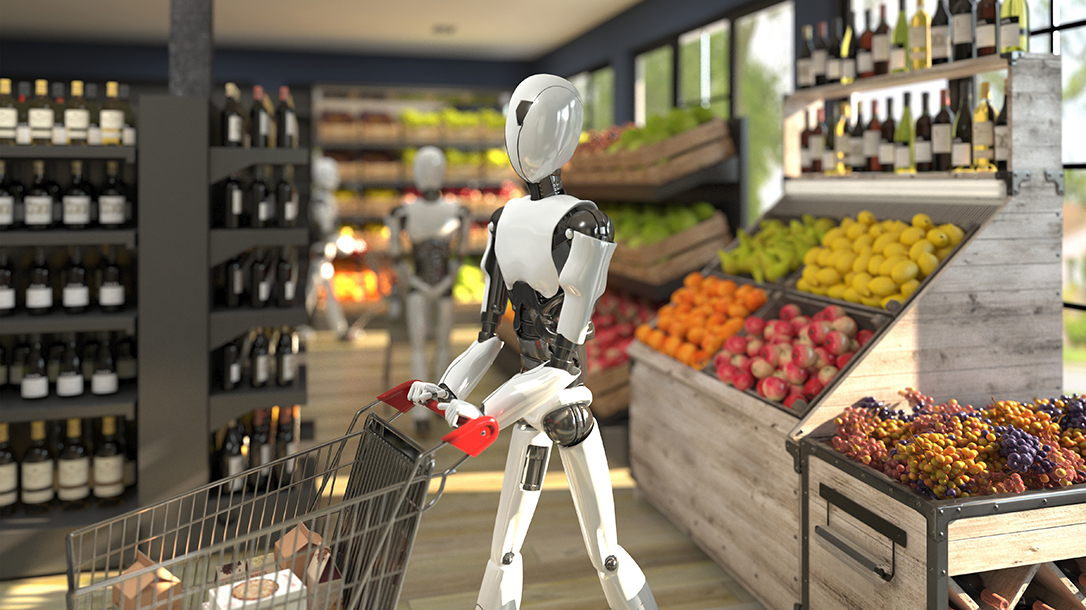 Robot Servants: Is This The Rise Of The Machines?

I don’t want to sound like a total dork, but I have seen way too many movies where robot servants turn on their masters, and none of those movies end well for humans. I mean, we were all introduced to Skynet back in 1984, and we know what those tin cans are capable of.

Sure, it’s kind of cool to watch videos of companies developing robotic dogs and robots jumping over boxes. But, if you watch these videos, they are a little scarier than they are cool. What are these robots really being developed for? I think we all know the answer, and it’s not to make us coffee in the morning.

I remember as a kid watching The Jetsons character Rosey the robotic maid and thinking that at any given moment, Rosey might glitch-out and kill everyone in the room. I’m not going to lie; knowing that companies are seriously focused on making humanoids with artificial intelligence makes me nervous.

A quick YouTube search will produce countless videos of companies like Toyota, with engineers working around the clock to create home robots to help the elderly in Japan, or companies like OrionStar, which has a coffee barista robot serving up mud to customers in China.

Maybe I’m old, or maybe I’m just not lazy enough to need a Roomba. Either way, I’m not crazy about letting artificially enhanced robotic intelligence into my home. But make no mistake, robot servants are coming, whether we like it or not.

Some People Really Need To Watch The Battlestar Galactica Reboot

If you haven’t watched it, go ahead and binge-watch it and then thank me. The show is all about pissed-off Cylon robot servants rising up against humanity to destroy it. And, when I say Cylons, I don’t mean your Grandaddy’s shiny Cylon from the 1970s; I mean humanoid Cylons that have infiltrated human relationships and nobody knows that they are actually robots, including some of them that don’t even know it themselves.

To be successful, robots need to be able to reason, learn and understand, so they can act instinctively, like us. Machines are, in fact, being designed to imitate human behavior and to be better than us. Remember in the 1990s when a robot was built that actually beat a human at a game of chess? No? Look it up; it’s scary stuff.

I recently watched a video where Gemma Chan, the star of the show Humans, visited a factory and had them build a clone of herself. What makes this extra creepy is that Gemma already looks like she may be AI, and making a robotic clone of her is kinda bonkers. In this video, they taught the robot to speak and to act like her. At the end of the video, they tested the robot out on her fans to see if it could fool them, and the test was somewhat successful.

Call me paranoid, call me Martha—I don’t really care. We are in the day and age of self-driving cars, and we will soon have robots that will do our grocery shopping for us. And I hate that idea. Here is why: I like to squeeze my own tomatoes. Besides, people are pushy, and as soon as our robot servants get sick of our shit, they will turn on us like a pissed-off girlfriend. Maybe I am wrong; maybe I’m not, but trust me, I would rather be wrong.

Here’s the thing: Turn on Netflix and search for movies about pandemics. Notice how many similarities there are with what’s going on in the real world today? Art reflects life, right? Now search for movies on artificial intelligence. Get the picture?

It is no secret that government agencies around the world have been trying to develop their own “Iron Man” technology, mechs and “Ultron” armies for decades, but the real question is: What happens when it all becomes a reality? Will you really be able to talk your way out of a speeding ticket from a Robocop?

As I mentioned, I am not a fan of Roomba. Hell, I even refuse to allow Alexa’s little sexy voice into my home to snoopervise. I would be lying if I said that I wouldn’t like an R2-D2 Astromech droid of my own to get my beer, but even his little garbage-can-shaped self can kick ass when he needs to.

AI is already a part of our lives, I get that. Robot servants can make our world easier, or so it seems. Imagine a robotic dog that can pick up its own poop. But what if I don’t want an easier life? What if I enjoy the simple daily grind that keeps me going and reminds me that I am alive?

Maybe I am a part of the minority on this, maybe I am just getting old, and maybe I have watched too many science fiction movies? But maybe I just want to pour my booze over ice myself.

All I know is that I can accept not being the sharpest knife in the cabinet. I’m just not comfortable with my toaster having better landscaping skills than I do or trying to kill me in my sleep. Besides, my wife already has those two categories locked down.