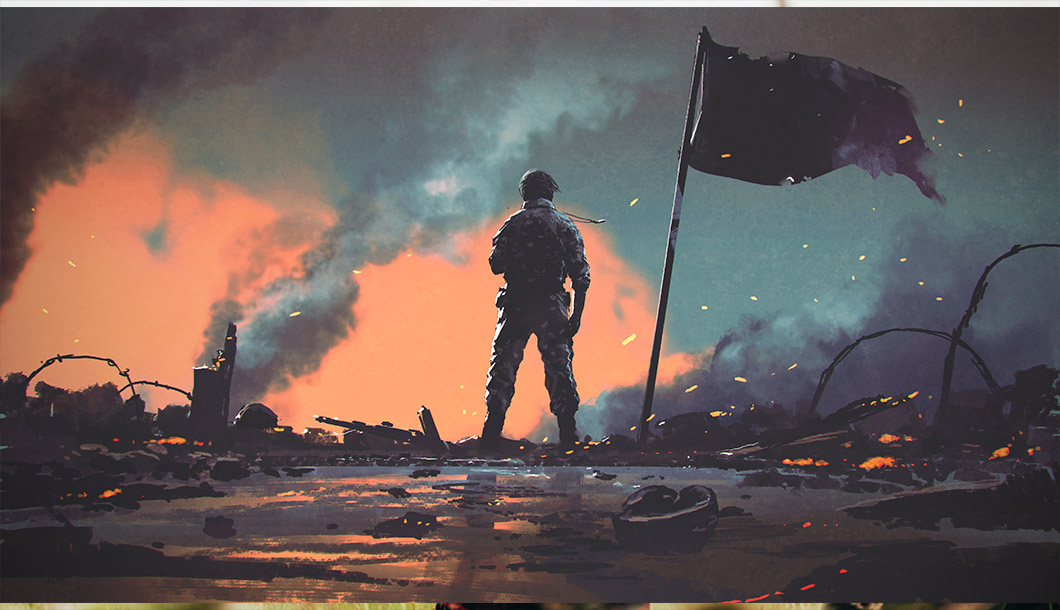 With the overwhelming firepower and numbers Russian forces are pouring into Ukraine, one might think an easy win is on the way. What many don’t think about is the military occupation that follows the fall of another country. Russia’s own history can tell us that even with a quick victory, a military occupation can be much more difficult.

Even the mighty United States military had its hands full with resistance to its military objectives in Iraq and Afghanistan. It required American war planners to completely rethink the way they thought about combat. There are many examples of effective resistance in military history, and each proves that might doesn’t necessarily make right. Here are 8 reasons why we should never give up fighting against a military occupation.

Even in the case of a small force fighting a military occupation with overwhelming force, the bigger army doesn’t always mean losing is a foregone conclusion. The fact that the little guy can win is the number one reason to keep on fighting. For an example of this, look no further than Vietnam.

Throughout the course of its life, Vietnam has struggled to maintain its independence against China, France, Japan. Then of course France again, the United States, and China again. Those plucky sonsofbitches just won’t quit. Vietnam didn’t hear no bell.

2. It’s a huge drain on the aggressor, one they won’t forget.

In Russia’s case, we can just look at the havoc caused by those under military occupation in Finland, Afghanistan, and Chechnya. All three demonstrate that resistance isn’t necessarily futile. In the 1940s, Finland’s war against the Soviet Union became overshadowed by the fighting between Nazi Germany and the USSR.

Finland’s small forces inflicted massive casualties on the Red Army’s seemingly massive juggernaut. Stalin thought he would roll right into Finland, but the Finns fighting on their home turf was the gamechanger. Finland took 25,000 casualties while inflicting more than 200,000. The 1:8 kill ratio ensured that despite being on the losing side of World War II, the USSR didn’t try to occupy Finland after the war’s end, unlike so many other countries in the Soviet sphere. They shoulda fought harder.

Being a huge pain in the ass of a massive military occupation doesn’t mean you have to be constantly fighting the occupier. It can also come in the form of always hitting the right places at the right time to maximize destruction.

4. It can create a new culture of resistance.

The original guerrilla fighters were the Spanish who resisted Napoleon’s domination of Spain. In 1808, the French Emperor invaded Spain, toppled its government and installed his brother on the Spanish throne. Napoleon thought he would be welcomed as a liberator, but he was dead wrong.

After Poland became liberated from the Nazis, the Soviet Union refused to allow Poland autonomy and instituted a military occupation of its own. Resistance to the Nazis simply turned into a resistance against the occupation by the Red Army.

For 18 years, Poles known as “cursed soldiers” fought against Stalinism and the Red Army, only to be killed to a man… eventually. Today, March 1st recognizes the Cursed Soldiers with the Polish National Day of Memory of Cursed Soldiers.

6. Resistance provides time for the good guys to win.

No matter how fast a country comes under military occupation, the aggressor has to fortify its position and consolidate its gains. The more a resistance movement hampers that effort, the longer it takes for the occupier to set up an adequate defense.

As ISIS forces swarmed across Iraq in 2016, local resistance began killing patrols, bombing ISIS roadblocks and poisoning the food. It hampered the ability of the Islamic State to move as fast as it did through Syria and gave time for the Iraqi government and the world to respond.

The heroes of the Warsaw Ghetto Uprising, the Zydowska Organizacja Bojowa, fought to keep the Nazis from deporting and murdering an estimated 55,000 Polish Jews living in the Warsaw ghetto. The effort ultimately failed and the Nazis deported the Jews anyway, where many would ultimately be killed at Treblinka.

If the uprising had been successful, however, thousands of lives might have been spared. Still, the Warsaw Ghetto Uprising showed that populations don’t have to quietly walk to their own deaths at the hands of a military occupation.

Chances are, if you’re sick of someone’s shit, others are sick of it too. In 2010, Mohamed Bouazizi. Changed all that. A corrupt police officer in Tunisia confiscated his fruit cart so Bouazizi protested the corruption by setting himself on fire.

The public outrage at the incident led to a mass uprising against longtime dictator Zine El Abidine Ben Ali, who had no choice but to flee Tunisia after 24 years in power. Tunisians’ victory over their dictator sparked uprisings that toppled the governments or led to civil war in Libya, Egypt, Yemen, and Syria.