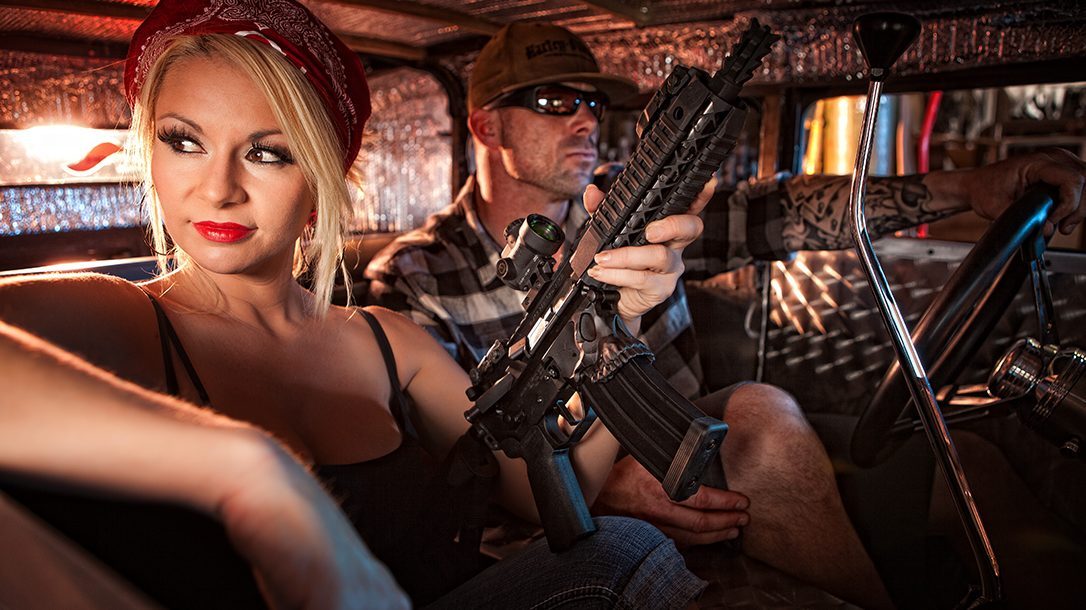 Rat Rod: The Project Car With a Mix of Personality and American Muscle

Four on the Floor

The frame of an old Model T sits alone in a field, braving the harsh sun and elements for the past 50 years. Land changes hands, car trends come and go, but one man with a vision sees the rusted metal as a thing of beauty. He smiles at the thought of building the engine, reinventing a car that once shone on the roadway, no rules to follow or deadlines to make. “What is a rat rod?”, you ask. A rat rod is a project car with heart. It’s sweat and good ol’ American muscle mixed with personality and style. Its rust, dents and imperfections make it unique. Its fast engine and low profile make it “cruise worthy” for a Friday night.

Our interview brings us to a working garage in the heart of the Arizona desert. Potential projects sit scattered on the property, waiting for their turn to get back on the road in all their newfound glory. Larry Loehr, an OG gear head, is first to make contact. He walks out of his steel building and stares me down. This isn’t a showroom. This is his sanctuary that very few get to enter. I shake his hand and notice there are bits and pieces missing from his digits and his palms are as rough as elephant skin. I know I’m in the right place.

We stare each other down for a minute like an old Western. He analyzes my mohawk and I start to sweat. Finally, Larry gives me the non-verbal “OK” and introduces me to John Redd, his rat rod protégé. John has been earning his stripes at Larry’s garage for a few years now, and has finally finished his first build. Well, according to these two, you are never finished. That’s the beauty of the ugliest vehicles on the road. These machines are a reflection of your personality; as you change, they change.

There is no right or wrong, it’s all heart and soul.

What’s “special” about these two men? Nothing. They don’t have a TV show, they don’t win car shows and you won’t find them doing daily social media updates. John and Larry are just two hard-working Americans with a passion to build blue-collar hot rods. They represent everything that’s missing in our current culture, and that’s why they have earned a spot in Skillset.

Skillset Staff: Larry, you are old as dirt, but you’re better looking than John. What’s your secret? WD-40?

S.S.: Ah, you know what? Nevermind. I can tell by the dead silence that we just need to get down to business. What came first for you? Building hot rods or rat rods?

Then I bought a 1956 Chevy, the first good car I ever had, and crashed it.

After working in a body shop for six years, I bought my own business and built a new shop in 1971. I drag raced, circle track raced and owned street rods up to the ’80s. I got into the rat rod scene in the early 2000s until now, doing some customer hot rods here and there.

S.S.: If you had a choice (and unlimited funds), which would you prefer to build?

John Redd: I like building the pre-’40s vehicles with that rat rod style. Would love to build some crazy rats with insane motors.

S.S.: I have to get this off my chest: I’m a huge American Graffiti fan. Do people still cruise?

J.R.: Yes, we cruise as often as we can. Arizona has a pretty healthy car scene. Our cars have been built to drive.

L.L.: I cruise every chance I get. Just got back from an hour cruise in town.

S.S.: Yes! Man, I want to cruise, but I’ll look stupid doing it in a Volvo. I might have to upgrade. Anyway, as far as the rat rod scene goes, what is your favorite trend/look?

J.R.: I like the Ford Model A’s built with that aggressive style. I have met a lot of people who love that car, leaving them pretty much like we find them. My current car has 75 bullet holes in it; it tends to start the conversations off.

S.S.: Larry, I know you do this day in and day out. But, John, I heard you have an intense full-time job. Tell us about it.

J.R.: Yes, I have been a U.S. Border Patrol Agent for 18 years, and 13 of that with the special operations division (BORSTAR). It has been a great experience. I have been involved in so many different things over the years… I really need to write a book.

S.S.: Well, we appreciate it, John. If people only knew what it takes to protect our borders…. So is building rat rods a stress relief?

J.R.: Yes, I’m able to really relax. I love being in the shop. My career is slowing down, and I’m starting to adjust to a different life after I leave the Border Patrol. I have always been into custom cars and boats.

S.S.: You and Larry work together on these projects. Is there a pecking order of who gets to do a certain part of the build, since he’s got a few years on you?

J.R.:No, not really. We both have our own shops, and we just help each other out a lot and pal around together. Larry is part of a generation that is fading away, and I’m trying to learn as much as I can from him before he takes that hot rod to the sky. It really is amazing what he is still doing at 75 years old. He can outwork 90 per cent of guys out there today. He has at least six cars he is building now, and he does it by himself. I just hope I will be going as hard as he is at that age.

S.S.: What is your favorite part of the process? Is it hard to hand over the keys to a customer after putting so much into a project?

J.R.: I really like the building process and chasing down parts. The first test drive is always exciting too. It is a bit hard parting ways, but after buying and selling so many cars over the years, it gets easier.

I haven’t built my keeper yet.

L.L.: My favorite part is driving it for the first time and no problems come up, but we know how that goes… always a few adjustments need to be made. You hand over the keys and get the money, then finish the next one you’re working on, and you forget the last one pretty quick.

S.S.: Everybody has a dream build. What’s yours?

J.R.: Whatever I’m building next… probably my Model A keeper.

All are dreams brought to reality.

S.S.: OK, I’m sold. I want to start building so bad, but I’m guilty of changing my oil with a credit card. So, for those of us who actually have mechanical skill, what tips would you give for starting a new project?

J.R.: This is easy—I learned it from Larry. Get something done every day or at least every week. Above all, find a mentor to keep pushing you, like Larry does for me when I’m stuck or unmotivated. If you stay at it, it gets done. And the feeling when you are done is amazing. When I finished my first complete build a few years ago, I was a little kid. Again, it really put some life back into me. I can’t forget my wife; she is very supportive and lets me spend hundreds of hours in the shop because it makes me happy. Thank you!

L.L.: Dig right in and don’t give up for any reason. Having trouble? Take a break, ask somebody for advice.

S.S.: Well, thank you for letting us into your world. You two define the word “Americana.” Until next time, keep it wheel side down and shiny side up.