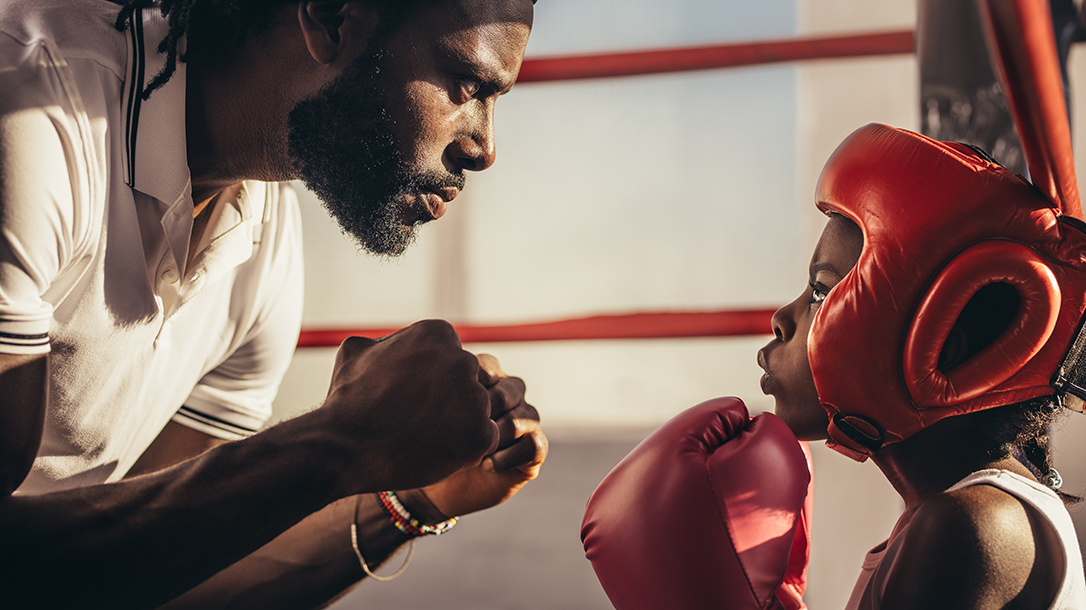 Fatherhood was the greatest yet most terrifying thing ever to happen in my life. The fear started when my wife first told me we were having a baby. I had no idea how to be a father. Once my son was born, I quickly realized I was terrified for all the wrong reasons. Changing diapers, taking care of a baby, feeding him and learning how to do everything else a baby forces you to learn was really pretty easy.  Raising real men in today’s world would be the true challenge.

The hard part was doing all this while living in our current society—a society where apparently a human can identify as anything they want to and there are around 13 different genders. Right from the get-go I realized having a child in this messed-up society meant that I would either conform to this society’s bullshit or go to war for my son. I decided that the only way to raise a real man was to fight for him to become one. This meant I was going to teach him respect, feed him the evil butter made from peanuts, show him that you don’t get rewarded for losing, and allow him to realize that when you make a mistake, there are consequences. Men are men, women are women, and we respect everyone until they give us a reason not to.

I am sick and tired of this ridiculous pussification of our children in today’s society. My son is five, and he started kindergarten this year. I never understood why people would want to homeschool children until I started dealing with public schools and all their PC regulations. I do not want to homeschool, so I know I will be fighting for what is right for him for the next 12+ years. I’m willing to go to war with anyone who attempts to tell me how to raise my son, anyone who tells me what my son can or cannot eat, and anyone who tries to prevent him from becoming the man I am raising him to be.

I work in the outdoor industry as a photographer and a writer, and I also teach firearms classes and hold a Federal Firearms License. It is no secret that my life revolves around firearms. We named our son Colton as a nod to my favorite gun, the Colt 1911. Needless to say, my five-year-old knows more about firearms safety than most adults, yet I get nothing but negativity when people see pictures and videos of my son learning how to shoot guns. I even am attacked when people see him riding his quad or doing karate, and I have been attacked over feeding him certain things and having a Doberman pinscher as our family pet.

The best way to find out who the problems are in our society is to take a child shooting. My son shot his first gun at the age of four, and we were ridiculed by family, friends and people who don’t even know us. I have been told on numerous occasions that I should be proud that I am raising a school shooter. This is ridiculous. Developing masculinity is not a bad thing.

Colton also loves karate, and he recently competed in his first tournament. He did not medal in his kata at that tournament, and he had to stand and watch as the other competitors who did better than him and worked harder than him received their medals. He was devastated. If you are a parent, you know how hard that is to watch. I had to fight back my own tears after witnessing his disappointment. He came over to me sobbing because he didn’t get a medal. This was a great lesson for him about being a man.

I had to explain to him that the other competitors did better than him and that he wouldn’t always win. I then explained that he needed to harness that anger and sadness into motivation for his next event. He then went out with fire in his eyes as he sparred for the very first time in a real competition. He not only earned a silver medal, but he also learned a lot about character. By the following tournament he understood that hard work was the only way to win and that he would not be rewarded just for showing up. This time, he went out and earned two gold medals and two silver medals.

Do not be afraid to teach youth these kinds of life lessons. Do not fear offending someone. This is often likely to happen if you are doing what is right. Don’t get me wrong; I hate seeing my son unhappy. However, as a parent, I have to fight that urge to completely shelter him. He needs to learn, and sometimes that requires making mistakes.

We are living in a time when masculinity has been demonized, and all too often, criticizing and raging against so-called “toxic masculinity” is more celebrated than men’s achievements. We are also increasingly seeing mass shootings and violent attacks carried out by certain groups of people. These cowardly acts are the vilest realization of that form of rage. Cowards who attack innocent people are not men. Instead, they are a perfect example of what our messed-up society is creating.

Masculinity is about being a protector. Masculinity is about integrity. It is hardwired into every single man’s soul. We all have a choice to fight since we are all warriors on the inside. But if that warrior is suppressed and denied, it manifests in the unhealthiest ways. Every person, whether a man or a woman, has to have a purpose, and that purpose must be fulfilled. We have to stop telling our young men to be anything else but men. Being strong is a good thing. Men should have a passion to protect.

Likewise, an insuppressible desire to explore and discover should be encouraged in children. We need to allow our children to seek out danger and to face their fears since this is how they learn to overcome those fears.

Success should also be rewarded, and no medals should be given for participation alone. In addition, celebration should accompany every accomplishment. Let’s celebrate what it means to be a man. We, as men, stormed the beaches of Normandy to stop the Nazis. Once there we placed the American flag on Iwo Jima and built the mighty Mackinac Bridge with our bare hands. We also built America with our hard work and dedication. This must never be forgotten.

For more discussion on this topic, check out our podcast Skillset Live!  Get in on the conversation on our social media pages or pick up a back issue at OutdoorGroupStore.com!