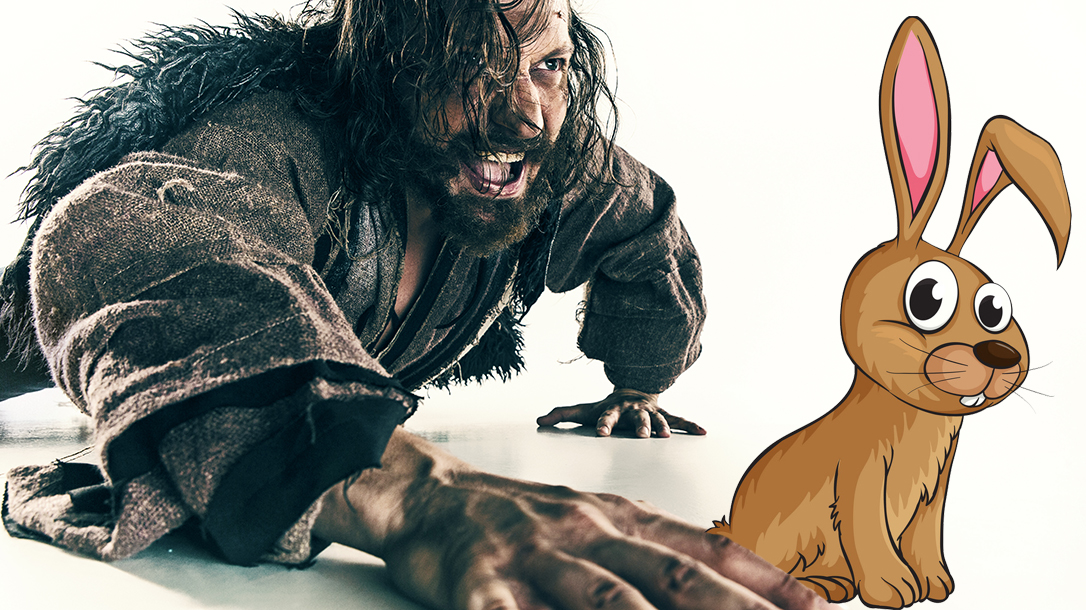 Imagine gorging yourself on meat to the point of completely distending your belly every day, only to become sick and starve to death. Nature is a cruel mistress in a lot of ways, but almost nothing will make you appreciate civilization and all its trappings like tales of something called “rabbit starvation.” Hunting and trapping with limited supplies in a survival situation is extremely difficult. What’s more—especially in the dead of a harsh winter—there may be nothing around with the available fat nutrients to actually support your life even if you are successful.

So What Is Rabbit Starvation?

While carbs and fat get a lot of bad press in our age of surplus and comfort, it turns out that your body literally cannot survive without at least one of the two in relatively substantial amounts. While this phenomenon has befallen those who have tried to subsist on a number of meat sources, including late-winter caribou, deer and moose, rabbits are notably the leanest of all wild game. They’re also incredibly plentiful and exist over a wide range of habitats, which led to the birth of the above-mentioned term.

The human body is capable of turning pure protein calories into usable energy, but just not very efficiently. This means that if you were to survive off protein calories alone, you would need to eat well over 400 grams of protein a day. These are numbers starving people would be able to consume if enough meat were available, no doubt, except for one major problem.

Through the process of converting protein to sugar for use as fuel, human digestive organs produce high levels of ammonia and urea, which are toxic past a certain threshold in the blood. So, to sum things up, in order to survive on rabbit alone from a purely caloric standpoint, the average man would need to eat around eight medium-sized rabbits a day. But even if he were able to catch, kill, cook and eat that many rabbits, his body would become overwhelmed by dangerous levels of blood toxins that would first make him a worthless rabbit hunter and then kill him.

People who have only only lean protein calories available will quickly realize that something is wrong. The first symptoms to set in are diarrhea and fatigue. Arctic explorer Vilhjalmur Stefansson, one of the first to document this phenomenon, wrote of a vague discomfort, fatigue, diarrhea and headache setting in around the one-week mark. Those suffering from protein poisoning begin to feel an insatiable hunger, especially for fatty foods. If there is still no fat to be found and rabbits are plentiful, starving people might gorge themselves with rabbit meat to the point that their bellies are completely distended, which would only hasten their deaths.

Stefansson wrote of the infamous Greely expedition, a party of 25 Americans who set out toward the North Pole in the Canadian Arctic in 1881, only to become abandoned for three years. The men burned through their supplies, and eventually, some of them succumbed to the temptation of cannibalizing their dead peers. The bodies of the men they ate, however, were so emaciated that those who filled themselves with their compatriots’ flesh quickly became sick and died. Of the original 25, only seven survived, and it is believed that none of the cannibals made it out due to rabbit starvation.

If you look at the foods most prized by the mountain men of the 19th century, you see their consideration of the protein poisoning phenomenon. Beaver tail, which is essentially a thick slab of fat, is a delicacy and a prize of the highest order. In addition, black bear was the preferred red meat source of frontier America, not venison. This was because black bears carry a much larger portion of delicious fat than deer. If you find yourself in a survival situation where food is scarce, it’s important to remember that lean protein alone won’t keep you alive, especially if your body is expending a lot of energy to keep you warm.

Therefore, you simply have to find a source of carbohydrates or fats to give your body something to run off. Fish are high in nutritious oils. Pine nuts, acorns, and similar nuts and seeds are high in fat content as well. Killing a larger animal like a moose or a black bear will afford you a lot of fat calories, but doing so might not be possible, depending on where you are, the season and your available equipment.

If foraging or fishing are out of the question and rabbits are legitimately your only option, you need to be resourceful. First, eat all the organs except for the intestines. You can eat most parts of a rabbit, including its eyes, heart, lungs, etc. Especially important are the liver and brain, which have the highest fat content, and any marrow you can get from the bones. Second, open the rabbit’s stomach and eat the leafy contents; some compare them to a bitter pesto sauce.

Finally, do not gorge yourself on rabbit meat. This is easier said than done when you’re starving to death, but this can be likened to drinking saltwater when you’re dehydrated. While you can eat some rabbit meat along with whatever fatty tissue you can get from the animal’s organs, eating too much will make you both sick and even hungrier.  So there you go, everything you never wanted to know about rabbit starvation.