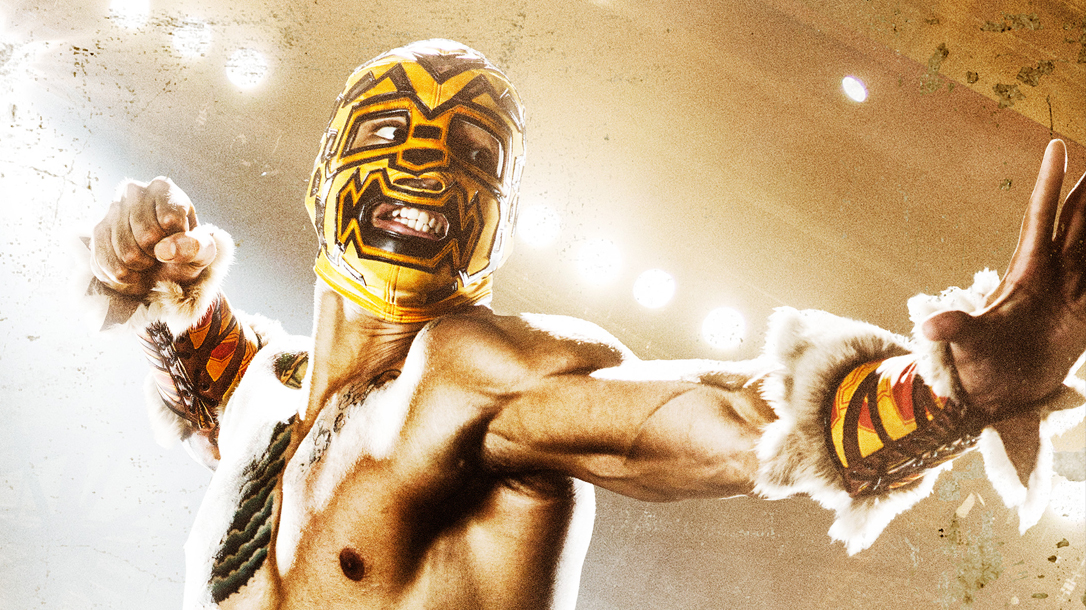 (Photo by The El Rey Network)

Trash what you think you know about professional wrestlers and forget you ever heard the name John Cena, because you don’t know shit until you’ve seen lucha libre and met the luchadores behind the masks.

At 50, Ian Hodgkinson has chronic arthritis in 85 percent of his body; is no surprise considering that by 2020, he’ll have been wrestling for over four decades. Better known by his death-metal pseudonym, Vampiro, Hodgkinson has choke-slammed and power-bombed his way through Japan, Mexico, the U.S. Moreover, he’s not just any professional wrestler, but a luchador.

While lucha libre has been kept in the shadows of American entertainment for half a century, it wasn’t until AAA (“Triple A”), one of Mexico’s largest wrestling promotions and part owner of Lucha Underground, sought to bring the high-flying, crowd-igniting, bigger, badder style of pro wrestling to Texas in the early 90s. This species of the sport completed its transition into the mainstream in 2017; when Lucha Underground inked a deal with Netflix to stream their first two seasons. (The fourth season will premiere in 2018.)

The reaction from both newbie wrestling fans and long-time American devotees was extremely positive. Lucha Underground has quickly became smashing success. One reviewer wrote, “This is the future of professional wrestling.” Feel free to check IMDB for its near-perfect rating.

This high level of fan appeal can be credited to the rich history of luchadores and the insane men and women who play its roles both inside and outside the ring.

Vampiro was a natural fit for the show in both talent and backstage capacities. He trained with CMLL in Mexico (the other largest promotion) before joining WCW Nitro in the 90s.

If his persona rings a bell, it’s probably because you have watched him in WCW, fighting alongside such legends as Sting (in fact, Vampiro once set him on fire), Eddie Guerrero, Terry Funk and Bobby Duncum Jr. Even in WCW, Vampiro’s style was heavily lucha-influenced, with high-flying, daredevil stunts and plenty of blood. Hodgkinson is truly a legend in wrestling, and he has the scars and stories to prove it.

Hodgkinson recalls the mental and physical stress of wrestling with the iconic American promotion WCW during the peak of its popularity, saying, “It was a horrible, horrible experience. With the amount of drugs being used and the politics being played, people were dropping dead every week.”

As the first to raise his hand and admit to the excessive substance abuse among pro wrestlers, Hodgkinson explains, “When you’re wrestling in the independent circuit, you’re used to having money in your hand every day. You make $2,500 a week and if you get hurt, the mindset isn’t ‘I need six days to recover,’ but ‘I’m losing $2,500.’ So, you cover the pain with something, but then you can’t sleep.

So, you use something else to help with that, then you have to drive 6,000 miles to the next show and you take something to get you up. All of a sudden you realize, ‘I can’t work without these,’ and one pill doesn’t do it anymore, it takes 27. Instead of eating healthy and working out you think, ‘I’ll drink a beer, have a pizza and take a growth hormone.’ That’s what it’s like if you get caught up in the luchadores lifestyle.”

Often compared to rock stars, the lives of luchadores can include spending months on the road at a time, traveling to a new city every day, performing five to six shows a day, sending your body to hell and waking up to repeat it again come sunrise. Hodgkinson points to drug use in pro wrestling as “a Band-Aid,” recalling the heart-wrenching experience of being on a plane with Bobby Duncum Jr. before his death. He watched him consume “about 100 pills on a two-hour plane ride. I thought he was eating Smarties candy.” Two weeks following that incident, Duncum Jr. passed.

Vampiro is also proof that lucha libre is hands down the biggest stage there will ever be for the sport of professional wrestling. “Mexico was a bigger stage than WCW by far,” Hodgkinson says. “WCW had major capital and was a big TV production but in Mexico, we were doing 35 to 40 shows a week. I did that for 12 years.”

The femme fatale of Lucha Underground, Taya Valkyrie (Kira Forster) following many of the best wrestlers who trained in lucha libre. These names include Lita, Rey Mysterio and the Ayatollah of Rock ’n’ Rolla, Chris Jericho.

Canadian-born Forster hopped a plane to Mexico City (by herself and knowing zero Spanish) to do nothing but train in the luchadores style — with its higher flying, meaner heels (antagonists), form variances and screaming audiences that demand from its wrestlers every ounce of their blood and sweat. And only in Mexico would Forster find herself wrestling men as well as women. (You won’t find that in the U.S., kiddos).

According to Forster, “My craziest match ever was last spring when I had a street fight with other women in Tijuana. It was tables, ladders, chairs, blood and guts. At the end, fans threw money into the ring, which is a huge compliment in lucha libre; especially for fans in Tijuana, where there’s an immense history with the sport.”

Forster has always been an athlete, competing in track, soccer, fitness competitions and being a classical ballerina until age 22. She’s used to life on the road, wearing her body to shreds. In her downtime between shows she doesn’t mess around, either. She trains insanely, eats, sleeps, travels and recovers.

“We’re trained to do the moves and ‘get hurt’ the right way; but we’re only human at the end of the day. If someone slams you into a table and the table doesn’t break, it’s gonna hurt,” she says. But compared to an ordinary person’s pain tolerance, Forster can withstand an enormous amount.

“I had a bad neck injury, a pinched nerve that ran down my arms. It was a sickening level of pain. My nose has also been broken in the middle of a match and then set back two minutes later. So yeah, I’ve got a high threshold for pain.”

Luchadores learn to keep performing through blood and breaks. In the case of Lucha Underground’s Son of Havoc, Matt Cross, it was a broken leg.

“It was the first show of 2017, and I verbalized in the middle of the match, “Oh fuck, I broke my leg!” Then I thought, “Nah, you’re being dramatic because you didn’t pass out.” I finished another 10 minutes of the match, went home and assumed it would fix itself. Three and a half weeks later, I finally went to the hospital and discovered I was right — my leg was broken.”

The New Generation is Masked

Cross, who has a degree in communications, began wrestling full time around 2001 in the independent circuits of the Midwest and East Coast (he’s good buddies with CM Punk). He had no formal training, but he earned his stripes bringing backyard wrestling to the mainstream. (He even became a character in a backyard-wrestling video game.) This got him an in as promoters saw that he would willingly jump head first through tables.

And not only that, Cross trashed his body without the uppers, downers or booze. He has been a straight edge for the whole ride.

“The older generation of wrestler has the rock-star; live-fast mentality, but the newer generation is learning from those mistakes,” Cross says. “It’s been a conscious effort to play it smarter and take care of ourselves. Old timers went to bars after shows, while guys today bring video game consoles to their motels.”

But no matter how healthy you eat or how early you go to bed, “You’re hustling beat up,” Cross says. Adding that at least one day every week he gets no sleep.

So why the hell does he do it? Why would anyone sign up to be a luchadores?

In August 2017, Cross was invited to be part of Triplemania, the Super Bowl of Mexican wrestling. This event, put on by AAA, was marking its 25th Anniversary. Cross was there to see the ashes of AAA founder and lucha godfather, Antonio Pena.

“I was standing in the ring when it sunk in that my dad is a letter carrier and I’m some white dude from Ohio; who is now in the inner circle of Mexican wrestling. It sank in that I’m a part of this and all around me are the masked wrestlers of this entire culture, whose fathers did it, as did their fathers before them. It still floors me,” Cross says. “Weeks later, I was flown to Japan for the AAA World Cup. We visited the Mexican embassy in Japan — and I don’t speak a word of Spanish. I was being thanked by diplomats because of my wrestling. Meanwhile, all my friends are asleep or at work at a desk, wearing ties.”

At 36, Cross doesn’t know how to tie a tie and wakes up at noon every day. “Those are badges of honor to me,” he says. “I know what happens at home — the routine. But I don’t know what happens on the road – I want to be an explorer.”

Anyway, who needs a tie when you have a luchadores mask?

This article is from a previous issue of skillset magazine, for subscriptions please visit outdoorgroupstore.com and make sure to listen to our podcast Skillset Live. 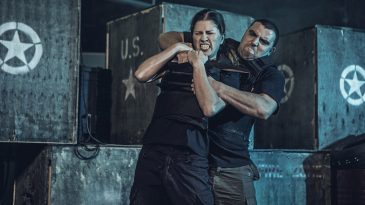