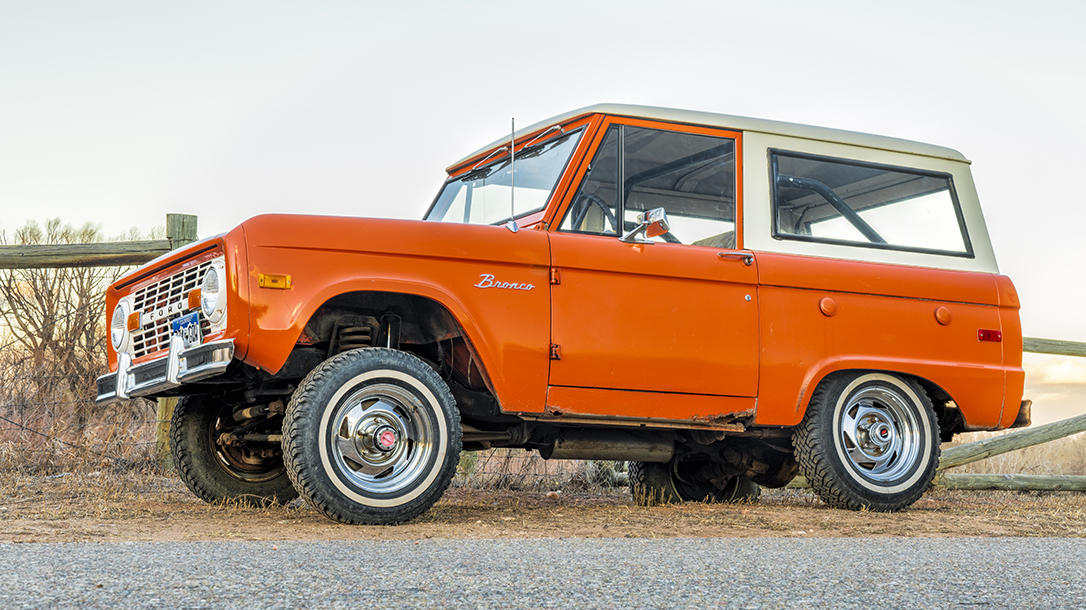 My Vintage 4X4 Is Much Cooler Than Your Fancy Electric SUV

From quaint VW bugs to contentious Plymouth Prowlers, retromania has taken hold in the automotive world over the last couple decades, with varying degrees of aesthetic, economic and practical success. Vintage-looking but recently produced Mustangs and T-Birds cruise the boulevards of America, sporting styling cues from the 1950s and 1960s. However, they have donned all the modern amenities that have—in the pursuit of making our lives simpler and easier—made it more complex. These have also made the experience of piloting an automobile less engaging and more boring. GPS, auto start and stop, collision avoidance and lane-departure warnings are all things that have transformed driving from a visceral, captivating recreational activity into a mind-numbing daily chore.

Perhaps as a bit of a deliverance from this trend, retro-styling has inspired the SUV world as well. This happened first and pretty successfully with the Toyota FJ Cruiser. And now, after the disappointing demise of that modern FJ and the even more disappointing reemergence of the venerable “Blazer” nametag slapped on a minivan-like anemic box of flimsy tin with little more than a hamster wheel under the hood, it appears that the reemergence of real SUVs—with real bodies on frame trucks, beefed-up unibodies truly geared toward off-road driving and styling true to the roots of the breed—may be at hand.

These harken from a time when vehicles transitioned from mere generic vessels devised to move us from one place to another, perhaps differentiated solely by the aesthetics of the environment they provided in doing so, to individually designed, purpose driven machines.

But they will also be required to be the lobotomized grocery-and-kid-hauling, decorous, highway-faring vessels that the mass market demands. They will lack the tire-humming, door-squeaking, suspension-creaking, jaw-rattling ride of the vehicles from which they win their inspiration. All the things that make trying to take a phone call from one sound like you’re in an open cockpit biplane.

Today, enthusiasts so delight in the reemergence of the Bronco, that production will continue well into 2022. Modern Landy Defenders are right now trolling the mall and grocery store parking lots of well-heeled suburbia. Drivers yearning to tap the visceral excitement of those first 4x4s become overjoyed and boiling with anticipation. But herein lies the problem. These new manifestations will no doubt deliver on their intended functional use in toughness and off roading prowess where many of their recent peers (ahem, Blazer) have missed.

Alas, there is hope. As those of us inspired by the comeback and refocus of interest on the class, dissatisfied yet not disappointed by its refinement, scour the dusty garages, old barns and restomod specialists of America, and in some cases the world, for specimens of its original incarnations. The class is fairly limited, however, if we want to stay true to its roots and honest to what makes its residents as sought after as they are.

It’s a bit of a double-edged sword. Scarcity makes things expensive and, well, scarce. But it’s also what makes these vehicles a pure joy to own and what makes them the transcendent vehicles that they are beyond just their capabilities, with no regard for societal class—what makes them equally befitting of the queen of England or the readers of Skillset. They can just as easily and capably deliver us to remote campsites or be admired next to Lambos and Ferraris in the front row of the valet stand.

Saddle Up The Horses

From a heritage and capability standpoint, we’re talking a handful of vehicles here, plus or minus a finger or two. Clearly, as evidenced by their reemergence in modern guise, the original Ford Bronco, Toyota FJ and Land Rover Series I-III and arguably even newer Defenders, given their similar tractor-like manners, are the cornerstone of the vintage 4×4 world. You also have the International Scout. I mean the original series 80 and 800s. The Scout IIs were cool too, but so were late ’70s Broncos and Blazers; cool. That’s kind of it. Not a crowded field. The good thing is there are plenty of specimens in a myriad of conditions to meet any budget and skillset, from full-on, ground-up reno projects to adequately maintained daily drivers to six-figure, modernized restomods.

But for the average enthusiast looking for a drivable example, requiring only the aptitude that any red-blooded American should have picked up in his or her youth to get and keep in driving condition, examples can be fairly readily had. With a bit of time and effort, for a small multiple of the government rebate on a Tesla, anyone should be able to achieve retro 4×4 coolness. With an ample network of owners’ clubs, parts specialists, and even conversion kits to non-stock drivetrains and accessories, not to mention the innate longevity inherent to these vehicles’ military and agricultural roots, the prospect of keeping them running should be less disconcerting than finding your subsidized Tesla “bricked” in long-term parking after a week’s vacation in Cancun.

Now, I’m sure enthusiasts of other brands are going to be howling at their lack of mention, Jeeps. They’re arguably the inspiration for the entire class. But aside from a Jeep enthusiast, not many can tell the difference between a CJ, TJ, JK and so on (except for the YJ—everyone can recognize that square head-lighted mutant of a MacGyver chariot), and therein lies the rub. G-Wagons have also been around for ages, albeit not in the U.S., and the ones rolling off the line today are not a far cry from the originals. They also have cachet. But with whom? And I’ll just leave that one there.

So where does that leave us?  A concentrated handful of vehicles with a cult following that’s growing to the point of availing itself to the weekend enthusiast who, if willing to put in a little research and perfect a few venerable auto maintenance skills such as rebuilding a carb and using a timing gun, will be rewarded with not only the satisfaction of daily use of an iconic piece of history, but the broader fulfilment and subtle badge of pride that comes with keeping it alive.

There are a bevy of resources online, as you can imagine, to help you find, evaluate, maintain or mod the vintage 4×4 that suits you best.