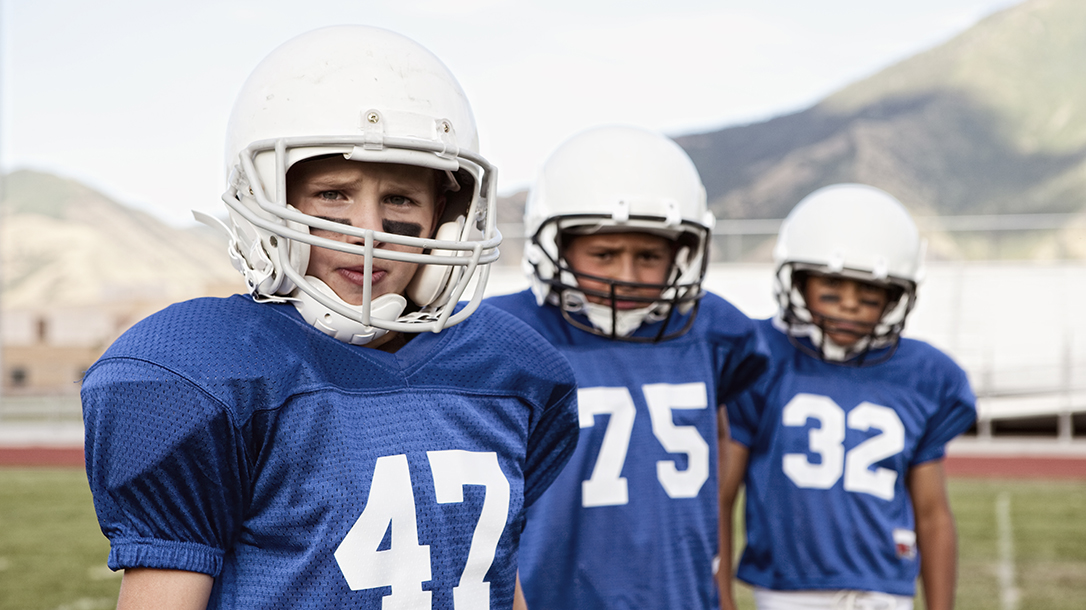 No Participation Trophies Needed: Youth Sports And The Road To Gold

Which sports should you start your kids in and when? Whether they end up playing high school sports to make friends or to make a run at the Olympics or NFL, everybody should want their young kids to have as much success as possible in whatever avenues they choose. Especially, if you think your child has some natural athletic ability, preparing them to be great at youth sports may make their life better in a host of ways.

Youth Sports For The Win!

I personally know a lot of people who want their kids to grow up to be elite athletes. Having been a collegiate athlete myself, I understand the urge, but there are pitfalls overzealous parents fall into. The participation-trophy types will act as though there’s no healthy way to raise a person from childhood with the idea of gearing them up for elite competition. That isn’t true, but they are right in that it’s much easier to ruin sports and competition for your kid than it is to groom them for athletic greatness. Assuming sports are important to you, this article discusses the best things to do and to avoid when it comes to kids’ sports.

At the age when most kids enter sports (around 4 to 6 years old), they are not emotionally stable enough to compete, they don’t have the attention spans to practice well, and they don’t yet have the athletic base of coordination, strength and balance to learn a sport’s techniques well. Pushing a young kid into competition or having them practice too hard at such a vulnerable age can cause them to resent the sport and possibly even you.

Eventually, when they are 12 to 14 years old, they’ll need to adopt a more structured program and learn to make hard sacrifices for their craft, but if they haven’t developed a love of competition and aren’t internally driven to be great by that age, no amount of pushing will get them anywhere. While I am sure you can find an example of an elite athlete who started at age 3 to illustrate your disagreement with me, I promise his or her success was not because of the skill work and competing he did when he was 6.

Also, teaching your kid athletic skills, like how to throw punches or how to swing a golf club, before the age of 7 does not necessarily mean they’ll be further along in the development of that skill at ages 12-18. Before age 7, rather than focusing on making your young child proficient in the skills of the specific sport you want them to be good at, you should focus on building a strong athletic base, on building discipline and coachability, and on ensuring that he or she is having fun.

For young children, gymnastics is the best vehicle for physical and athletic development. For one, tumbling, running and rolling around is very natural behavior for a child. Very young kids can be urged to try a somersault or cartwheel without really having to understand many rules. Additionally, it’s easy to make gymnastics fun and engaging. Kids will be training and developing their bodies without realizing they’re working out, and they’ll become familiar with being coached and socialized among other kids.

Gymnastics also prepares youngsters for serious athletics in a few ways. For one, gymnastics is healthy for kids’ bodies since it forces them to build muscular strength while maintaining their flexibility. Second, it allows them to learn to coordinate their body parts and gain awareness of where they are in space. Third, it fosters a very general kind of athleticism that can later be transferred to any other sport. Likewise, given the variety of events and activities in gymnastics, watching your child in class will allow you to learn their natural athletic strengths and weaknesses and to decide which sports to point them toward next. The Soviet Union, which had the most successful Olympic programs of any nation during its time, started all its young potential athletes in gymnastics for these reasons.

Be Ready For Change

Growing up in the wrestling world, I saw a lot of good athletes become mentally and emotionally burned out on the sport at young ages. While it’s true that hard work and sacrifice are the bedrock of athletic success, it is important not to get carried away while kids are in their early development. In my opinion, gymnastics is the perfect option to start training your kids to be athletes, but other sports, activities or martial arts can serve this function as well.

Keep in mind that, at different stages of development, the goals you should have for your children’s athletics should evolve. And remember, there is plenty of time to grind out hours of skill and competition work once your young athlete has matured a little.