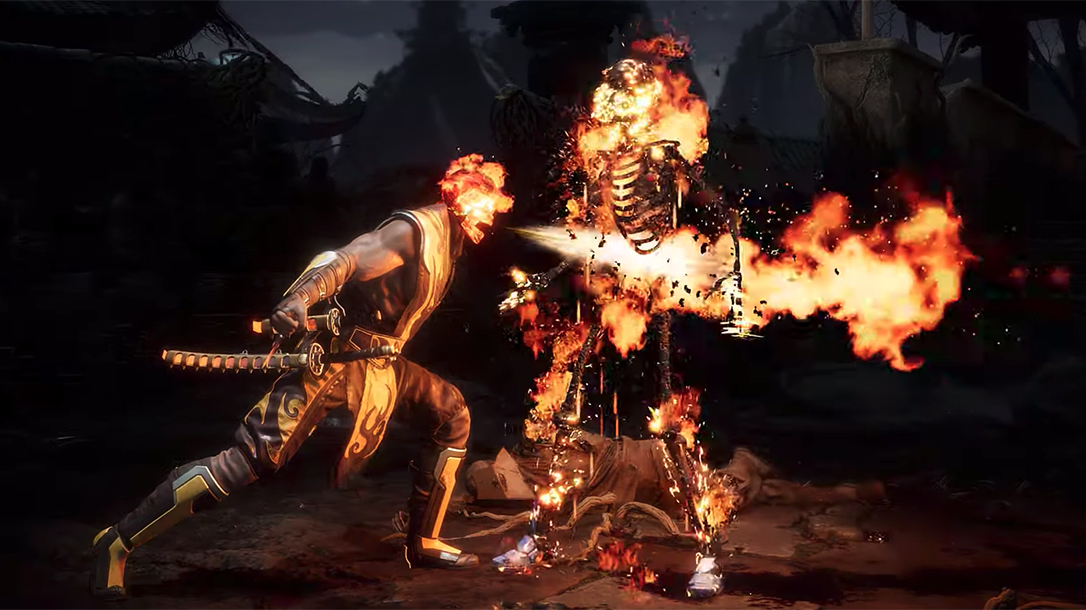 Mortal Kombat: An Ode to the Bloodiest Video Game Franchise Ever

Mortal Kombat! What true alpha male can say that he has never played one of the gamer world’s most violent games at least once in his life?

As a game originally set to star Jean-Claude Van Damme, the first “Mortal Kombat” — developed by the then much-smaller Midway Games — reportedly sold three million copies upon its initial release in 1992.

Millions of us fresh-out-of-high school stud-muffins and older nerds would spend countless hours talking shit with our friends while playing characters like Johnny Cage, Scorpion and Liu Kang. Little did we know that almost 30 years and nearly a dozen “Mortal Kombat” games later, the franchise would still be standing strong. But how did this game come about? Were the actors real ass-kicking martial artists, and where did they come from?

The Humble Beginnings of Mortal Kombat

I remember back around 1990 when my family ran three kung fu schools (Tsai’s Kung Fu International) in the Northside of Chicago. We brought in a Wushu master from China named Master Guo Jianhua. Master Guo and his son Tony ended up living in my apartment; it was nowhere near as cool as it sounds. It wasn’t too long before word got out that he was teaching at our school. A group of local martial arts competitors came around looking to train with him.

These local martial artists were Daniel Pesina (Johnny Cage), his brother Carlos Pesina, Ho-Sung Pak (Liu Kang), Anthony Marquez (Kung Lao) and Richard Divizio (Kano). Several of these guys worked out deals with my father to teach classes in exchange for being able to train with Master Guo. While all of these guys excelled at winning national forms (kata) competitions, none became recognized as actual fighters inside the ring or out. But they were actors, so regardless of the fact that they couldn’t really throw fisticuffs to save their lives, they were good at their craft and made it appear as though they could; and that’s all that mattered.

It’s been almost three decades since our introduction to the characters of Mortal Kombat and to sore thumbs from smashing buttons up, down, right and left all throughout the night. While some of the character actors have aged better than others, the game itself has come a long way since its humble 16-bit origins. It’s grown into an international phenomenon.

From the latest incredible installment, “Mortal Kombat 11 Aftermath,” to action figures, comic books, live-action tours and movies — such as the 2020 animated film “Scorpion’s Revenge” — it seems like there isn’t any way of stopping the continued success of what is a gaming universe of its own. There’s even a new film reportedly dropping on HBO Max in 2021.

While “Mortal Kombat” became a globally licensed Goliath, some of the most impressive aspects are the fandom, in particular, the cosplay fans at conventions. More specifically, the female cosplay characters are incredible. Holy shit, have I become a fan of cosplay! Let’s just say Kitana is a lot hotter in person than she is in the game. Which is not to say that the male cosplayers haven’t brought some incredible costumes to the cons, but yeah, Sub-Zero is way more impressive as a chick.

The Evolution of the Game

The original game saw just seven characters: Scorpion (arguably the face of the franchise), Sub-Zero, Johnny Cage, Liu Kang, Sonya Blade, Kano, and Raiden. Those characters are still around in 2021, but there’s a hell of a lot more. The MK universe started expanding with the release of “Mortal Kombat 2” in 1993. There were 12 playable characters, including five new additions. Fast forward to 1995 with the release of “Mortal Kombat 3.” There were 14 playable characters and seven new additions.

That trend continues today, as the franchise now features close to 100 characters. The best part is that the franchise also branched out with its characters. It’s no longer just your standard ninjas and creatures and whatever else. Pop culture found its way into the franchise as of late. The 2015 release of “Mortal Kombat X” saw characters like Predator and Alien join the mix. It even threw in horror icons Jason Voorhees and Leatherface. The next installment again expanded the universe. This time, Spawn, The Terminator, Robocop, and even noted survivalist John Rambo joined the fun. It’s truly an incredibly fun and bloody evolution.

Speaking of bloody … it goes without saying that video game graphics have taken a massive leap from the ’90s; there’s perhaps no better evidence of this than the MK franchise. “Mortal Kombat” gained a lot of attention from gamers in 1992 because of its “extreme” violence. Coming in the form of fatalities, characters punched heads off, ripped out spines, and set each other ablaze. Granted, it was all in 16-bit graphics, but nothing had really been seen like it before.

Again, graphics aren’t what they used to be. The level of detail on modern fatalities maybe now fits that “extreme” moniker a little better. If you haven’t seen the latest version of the franchise and just how bloody things can get, you’re missing out. Take a look at the video at the bottom of this post. If you thought ripping a spine out in 16-bit was violent, try again with 4K.

The Future of Mortal Kombat

While I don’t really talk to any of the guys anymore, I do know that Carlos Pesina became one of the head honchos in leading the development team for MK at Midway. I don’t think that he plans on pulling the plug any time soon. Even if a 12th game never materialized, there’s plenty of history to keep the franchise alive for decades to come.

Everyone should appreciate the franchise and video games in general. The world needs a fictional, violent escape from real-world politics and bullshit. And while I don’t play much, I’m not going to lie — I may just buy MK 11 so I can whoop my son’s ass legally while yelling cheesy video game catchphrases. Either way, I look forward to the cosplay at Comic-Con if the world ever opens back up. Maybe I’ll go as Liu Kang. For now, take a look at how far the graphics — and fantastic, bloody fatalities — have come over the years.

For more on the retro gamer world, check out our podcast Skillset Live!  Get in on the conversation on our social media pages or pick up a back issue at OutdoorGroupStore.com!