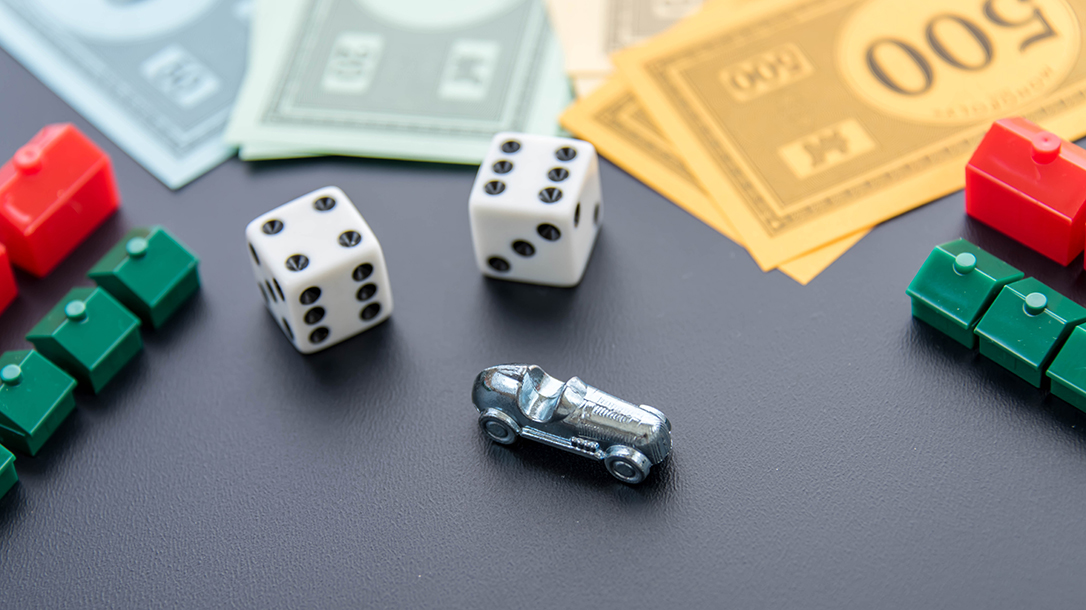 If Monopoly wasn’t a staple of your childhood, you probably grew up in communist Russia, where owning a game fit for capitalist pigs would earn you a one-way musk ox ride to the Gulag. Staying up all night as a kid, bleary-eyed and high on Jolt Cola, Suzy-Q’s and sleeves of Pringles made for great memories around the Monopoly board. Today, it’s all about having a strategy when playing board games like Monopoly.

Having a Solid Monopoly Strategy

However, now you are an adult. You’ve got a real job because you have to pay real taxes and real rent. And like real life, Monopoly seems to drone on forever, but it is not supposed to be a monotonous slog. It was designed to last less than two hours. Although there are no hard-and-fast rules for success, there are principles and concepts that will increase your chances of fiscal dominance and forever earn you the moniker of Rich Uncle Pennybags.

Unlike real-life jail, Monopoly jail can be a beautiful thing. Early on in the game, don’t linger in the pokey. Pay the $50 and get back to building your empire. However, later in the game, since you can trade properties and collect rent, it is a nice place to hold out to avoid landing on any high-rent properties.

Monopoly Strategy: What Properties to Buy and When

Since there is no rule that says you have to make a complete revolution around the board before snapping up properties, begin immediately. Buy, buy, buy and damn your cash flow. The trick is to literally hold all the cards. The more properties you have in your portfolio, the less your greedy opponents will get and the better your trading position will be later on. But which ones are best?

Collectively, the orange group is landed on the most, with New York the 3rd most, Tennessee 5th and St. James Place 7th. Individually, the most frequently visited property is Illinois (red), while Kentucky and Indiana take the 9th and 10th spots. Each player has a 50-percent chance of landing on orange per trip around the board (whereas the average for any space is 42 percent).

It is important to know that there are only 22 developable properties. Because there are only 32 houses and 12 hotels, there will eventually be a housing shortage, and you want to use that to your advantage. If you have two monopolies with four houses on each, you’ve cornered 75 percent of all the houses in the game.

Notice that on every side, the two groups of properties cost the same to improve but have vastly different rents. For example, it costs $50 for a house for both Baltic and Connecticut, but the one-house rent for Connecticut is double that of Baltic. And rent is $150 higher for a hotel on Connecticut than it is on Baltic. Furthermore, the overall cost to improve Connecticut to hotel status (including the initial purchase price) is $370, and a single renter will shell out $600 for a stay (a 162 percent profit). Compare that with Baltic’s $310 investment and $450 return (a 145 percent profit). Consider also that purple is last in frequency of visits.

Monopoly Strategy: Don’t Be a D-Bag

You cannot win Monopoly without some cooperation from the other players. Being a pompous dillweed, undermining the decisions of other players and being a careless or inconsiderate player by resorting to obnoxious slander, verbal abuse and overall jackassery will win you few Monopoly friends. In fact, other players will likely gang up on you; this hinders any or all gains you might have planned via trades. It is bad enough to lose a game of Monopoly, but it is worse if you have to lose to an asshole.

What To Know Before Buying A House: 8 Tips For Real Estate Buying

“There is never a wrong time to buy real estate. When times are good, people complain about the deals they

The Do’s And Dont’s Of Urban Exploring: How To Not Get Arrested

Covertly entering areas no longer open to the public, exploring structures and interiors of long abandoned properties, and the excitement 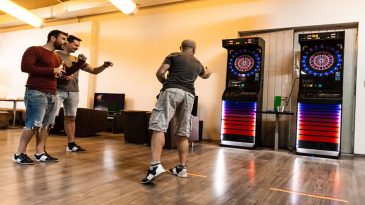 How To Throw Darts: Without Putting Holes In Your Drywall

Did you know that an estimated 17 million people play darts in America? This is according to the National Sporting