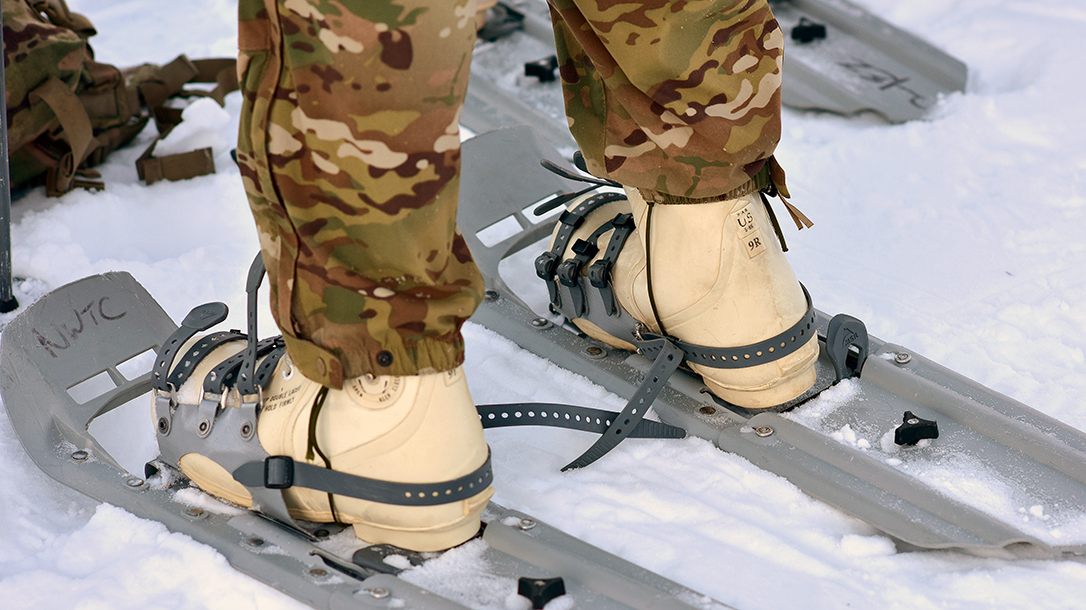 The 4 Most Effective Military Shoes Ever Worn into Battle

Forrest Gump might have been a fictional soldier, but there his equally fictional commanding officer, Lt. Dan Taylor, had a standing order that was actually a good piece of advice: take care of your feet. Taking good care of one’s feet is a critical aspect of military life on the battlefield, and always has been – just ask the soldiers who fought in the trenches of World War I.

This isn’t just about wearing clean, dry socks (although that’s a big part of it), it’s about wearing the proper footwear for the job. Shoes have come a long way since the Roman Legions first strapped on their distinctive sandals, called Caligae, and stormed across the known world. Military shoe tech has advanced right alongside swords, shields, and firearms. So here are four of the most effective military shoes ever developed for a global ass-kicking contest.

Yeah, you read that right: high heels. And before you start in on some diatribe about women on the battlefield, transgender troops or whatever nonsense is brewing in your dome right now, realize that we’re not talking about stilettos here – well, not really.

The heels of high-heeled shoes take the bulk of the wearer’s body weight, allowing riders in ancient Persia to better control their horses with stirrups. By the 10th Century, horse-riding cultures had adopted some form of high-heeled shoes for this very reason. Soon, the look spread to Europe, where only upper classes owned horses, and as a result the look became associated with aristocracy, in spite of their gender.

While we’re talking about high heels, the cowboy boot deserves a mention of its own. This boot was designed with a heel for the same horse-controlling reasons mentioned above. But what we call a cowboy boot today doesn’t just look that way because it’s awesome (and it is awesome). It’s a completely functional design too.

The big, bulky heel was designed that way to keep the rider’s foot from slipping through the stirrups and trapping their foot within. If a rider fell with a foot stuck in the stirrup, things are gonna go real bad, real fast. If they somehow do fall through, the boot was also designed without laces, allowing the rider to slip out of it.

It’s all about safety.

It’s easy to complain about boots when they’re too hot. You can either take them off for a minute or swap them out for some jungle boots. When it’s too cold, however, there’s nothing that’s going to keep your toes from getting frostbite. This was a special problem for the troops fighting communism in North Korea.

The Navy developed Extreme Cold Vapor Barrier Boots – also known as “Bunny Boots” – featuring an inch of wool insulation between two vacuum-tight layers of rubber that would keep your little piggies warm in temperatures as low as -60°F, so they can go wee wee wee all the way home after killing some commie scum.

Chucks aren’t just for relatively cheap, easy style anymore. They might be a terrible running shoe, but they are just tailor-made for killing bad guys at sea. That’s why U.S. Navy SEALs are issued a pair when they join the teams. Some even choose to wear them by land because they’re just great footwear.

It turns out Chucks are not only lightweight, the flat soles offer more balance and stability, and for Navy SEALs who might have to go in and out of swimming fins on the same mission, wearing Chuck Taylors make the move an easy one. Best of all, the canvas shoes dry off very quickly, just like Lt. Dan would want.