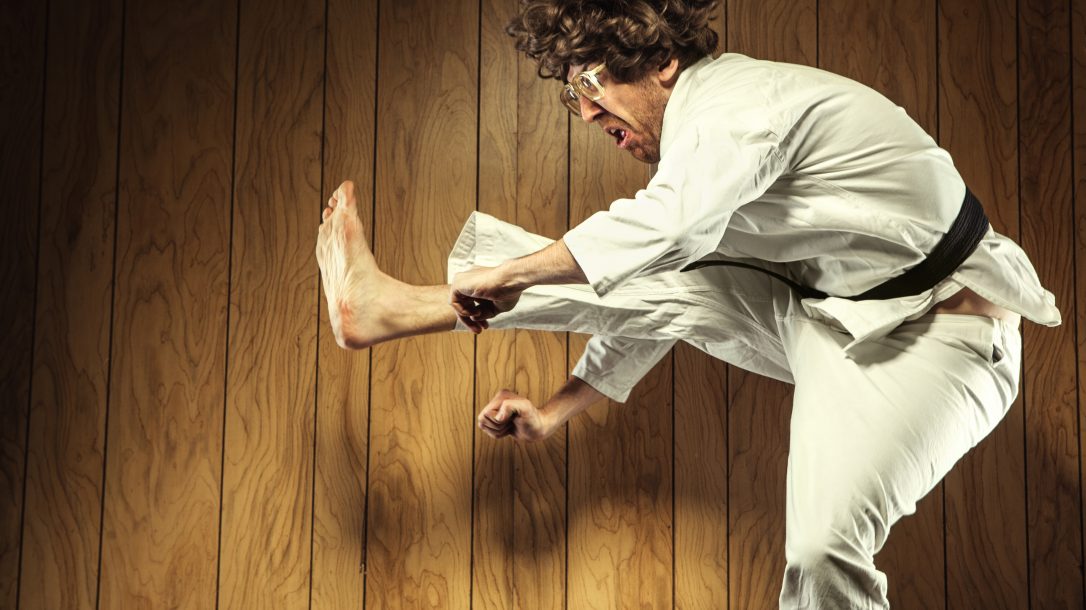 Men’s Hobbies Through The Decades: Model Planes To Vlogging

It is a tale as old as time: Guys are going to have hobbies, and their wives and girlfriends are going to get annoyed by how much time and money they spend on them. Certain activities go in and out of style while others endure, but even in hard times, people need to blow off steam.

Since this country’s World War II generation came home and moved to the suburbs, America has been spending a lot of time and money on leisure. This list is a look at the most popular men’s hobbies throughout the ensuing post-war decades.

The 1950s saw a huge transfer of people from cities to suburbs. For those making the move, this meant restructuring their leisure time. Instead of frequenting plays, clubs and sporting events in big cities, many people began looking for their entertainment closer to home, which caused a major boom in hobbies. One of the big hobbies of the decade that a lot of fathers and sons did together was model plane, train and boat building.

In the same vein of garage workshop hobbies, woodworking and all the various forms of amateur carpentry were very popular in the ’50s. It seems like every guy in this era had a collection of tools and some knowledge of how to use them, which is not something that can be said of my generation.

The late ’50s and ’60s are seen retrospectively as possibly the best era in American automotive history. Muscle cars and trucks made in American factories featured mechanical parts that were much easier to work on than modern vehicles with computerized components. Fixing, modifying and showing off cars became a popular hobby with young and old men alike.

Likewise, although bowling has hung on to some degree, the hobby peaked in popularity during the 1960s. Whereas most people you will see in a bowling alley today just couldn’t think of anything better to do that day, in the 1960s guys took bowling seriously. Leagues were common, and a lot of guys looked forward to heading down to the bowling alley on a Friday night to try to take some money off their friends.

The 1970s were much like the ’60s in many ways. A lot of the same hobbies from the 1960s were still in, but some new ones, like poker and tennis, started gaining steam. The first World Series of Poker took place in 1970, and that caused a significant spike in poker’s popularity. Not only did casinos experience a bump in poker traffic, but many guys started hosting poker nights with their friends.

Although cars were still easy to work on in the ’70s, many will agree that the production cars of that decade just didn’t have the character that those of the late-1960s had. For rural Americans, however, it became popular for the first time to lift and modify trucks and other vehicles for off-road use. As an extension of this trend, the first monster truck was made in the 1970s.

The late-1970s and early-1980s were the peak of the popularity of tennis in the U.S. Professional tennis was commonly aired on TV during that era, and many Americans started watching and playing the sport as a hobby.

Hunting was also exceedingly popular in the ’80s. It has always been common in rural areas, but 1982 was the peak of its popularity by the numbers who participated. In that year, 28.3 million hunting licenses were purchased.

Finally, one of the constants in men’s hobbies is gambling, and during the ’80s, one of the most popular ways to win cash off your friends was by playing pool. Pool halls were common during this era, but they have since declined radically in popularity.

Motocross became popular stateside in the ’80s, but professional American riders really began to dominate in the ’90s. As with any sport, when hometown guys start winning on the world stage, the popularity of that sport as a hobby goes way up. The ’90s were a great time for motocross. Bike technology was very good and reasonably cheap, and it was common for whole families to go riding on the weekends.

Also, in the late-1980s and early-1990s, karate dojos started to proliferate. Martial arts movies had been popular for some time, but during the ’90s, more regular guys decided to give it a shot. Point fighting tournaments were popular along with karate and taekwondo for self-defense.

Competitive amateur bicycling peaked in popularity during the early 2000s. Lance Armstrong won his first Tour De France in 1999, which began a reign that continued for the next six years. His popularity caused a major spike in road bike racing, and many average guys bought a road bike and started training to stay in shape. Additionally, although video games had been popular with kids for a while, in the 2000s video game companies started marketing more to adults, and they had a lot of success doing so.

Recreational boating has been a common family hobby for years, but the late 2010s saw an impressive spike. The 2008 recession caused a huge dip in spending on bigger, financed purchases like boats, but during the mid- to late-2010s, things were back to booming, and American dads were back to buying boats at levels eclipsing those of 2007.

Due to the same forces, off-roading in side-by-side vehicles, like Can-Ams or Razors, had a major rise in popularity during the 2010s. These are safer and easier to operate than dirt bikes or quads, making them perfect for older guys or beginners. A lot of the dudes who were shredding it on dirt bikes in the ’90s are a little too brittle for it now, so they go out into the desert or woods on their Razor or Polaris instead.

The 2020s are just getting started, but a couple hobbies are emerging as frontrunners in this decade. For one, many people are starting vlogs due to the unbelievable popularity of YouTube vloggers (shudders and cringes).

Additionally, although it has been around forever at this point, golf had a major spike in popularity during the COVID-19 pandemic. Courses stayed open and didn’t require masks during that whole debacle. Also, professional golf is riding a wave of popularity right now and is attracting young men as well as old, which means the pastime is sticking around for the foreseeable future.