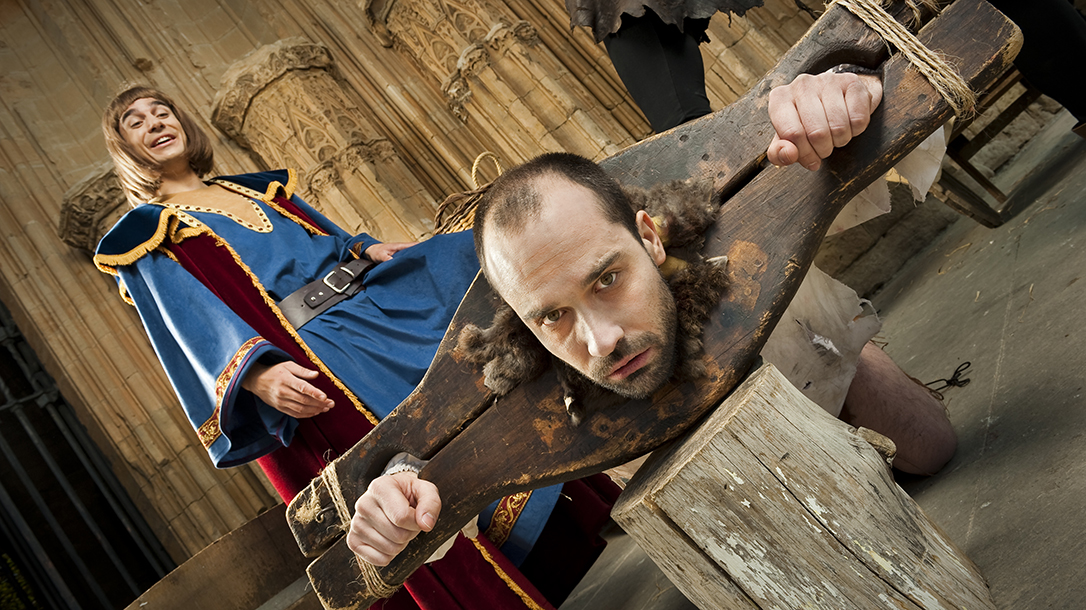 The Dark Ages Had Some Gnarly Medieval Torture Devices!

They weren’t called the Dark Ages for nothing. After the fall of the Roman Empire, Europe was plunged into a state of anarchy. All semblance of the institutions that provided order and safety during the years before were gone. It would take many hundreds of years for new ones to pop up. Governments eventually formed, but they were exclusively oppressive monarchies.

One of the hallmarks of this brand of government was its use of public torture and executions. Aside from the obvious purpose of sending a message to the kingdom’s subjects to stay in line. Public executions and torture in the Middle Ages were a spectacle similar to modern sporting events or the Roman Colosseum. Many accounts exist detailing executions multiple hours in length. People were tortured brutally to the roaring applause of drunken crowds that numbered in the thousands.

While medieval records are notoriously sparse, some accounts even say that crowds were inspired by the bravery of the condemned and that they viewed public torture and executions as a spiritual experience. Whether crowds gathered to watch these incredibly dark exhibitions of human suffering for entertainment or because they were simply an accepted part of society then, it is nevertheless hard to imagine people reacting to the things I’m about to describe with anything other than horror, given our modern sensibilities. Regardless, this just goes to show that people are largely products of their environments and that the Dark Ages produced a different type of person.

Therefore, the following is a list of the most awful torture methods used in medieval Europe. Before we go on, here is your warning: This might be disturbing to read.

After the bubonic plague crushed much of Europe, many reasoned that humanity had done something to anger God. In Spain, especially, investigations into witches and those accused of practicing “dark arts” were undertaken with the utmost seriousness. The head crusher operated on the same mechanism as a vice, and it was a favorite of the Spanish inquisitors. While the head crusher was generally used to extract confessions rather than to execute prisoners, it was sometimes used for that purpose.

This device featured a dome-like crown, which fit over the top of the victim’s head like a helmet. The lower jaw was supported on a flat surface to secure the head on both sides. From there, the device was cranked gradually, lowering the dome and exerting force on the skull. First, the teeth would crack, followed by the lower jaw. If the torturers kept going, the pressure on the skull caused the victim’s eyes to pop out. Finally, the skull itself would crack, and the brain would hemorrhage, killing the victim. Torturers could tighten the vice as quickly or as slowly as they wanted, so victims could be stuck having their heads crushed from the bottom up for days on end.

Handsaws have been used for torture and execution as far back as 50 B.C. While sawing was sometimes done to limbs or hands so the victim would survive, the worst form of sawing in the Middle Ages was unimaginably horrible. This is one of those times to stop reading if you’re particularly squeamish.

Initially, the favored method was sawing through people horizontally, but victims died of blood loss quickly, causing executioners to reimagine their approach. Eventually, in medieval Europe, they arrived at a solution. The condemned were hung upside down with their legs spread and attached to two vertical stakes. The hands were also attached to the stakes at the bottom to anchor the victim fully. Then, two executioners used a long, heavy handsaw (the type loggers used on trees before machine saws) to cut the person in half, starting between the legs.

The fact that victims were suspended upside down meant that their blood would be forced to their heads. This caused them to remain fully conscious while they were slowly torn apart, starting at their most sensitive areas. Victims eventually died of shock and blood loss somewhere at their midsections. While this method only lasted minutes or perhaps hours at most, it must have been incredibly grizzly.

Breaking At The Wheel

One of the more common and most horrible methods of torture and execution during the Middle Ages was the breaking wheel. Remarkably, this was done as late as the 18th century in France. The condemned were tied onto an X-shaped cross horizontally. Gaps were cut into the cross a few inches deep to allow leverage for the bones of the victim to be broken.

After prayer with clergymen, the torture began. The executioner used a large, heavy wagon wheel or an iron club to crush the bones of the condemned. He started with the forearm bones on each side and then continued with the lower legs. He then switched to the upper arms and upper legs, crushing the limbs completely and forcing them into the gaps on the cross. Then, depending on the severity of the crime and the sentence, executioners broke the backs or necks of the condemned to end their suffering.

After the breaking was done, the executioners and their assistants fastened the victims to the wagon wheels by wrapping their mangled limbs around the spokes. These wheels were then raised on stakes in the public square for all to see. In extreme cases, the victims weren’t put to death before being displayed. This meant that they were suspended on the wheels alive and conscious with their limbs completely broken until death came hours or days later. One account insists that a man survived nine days suspended on the wheel before he died. Ouch!