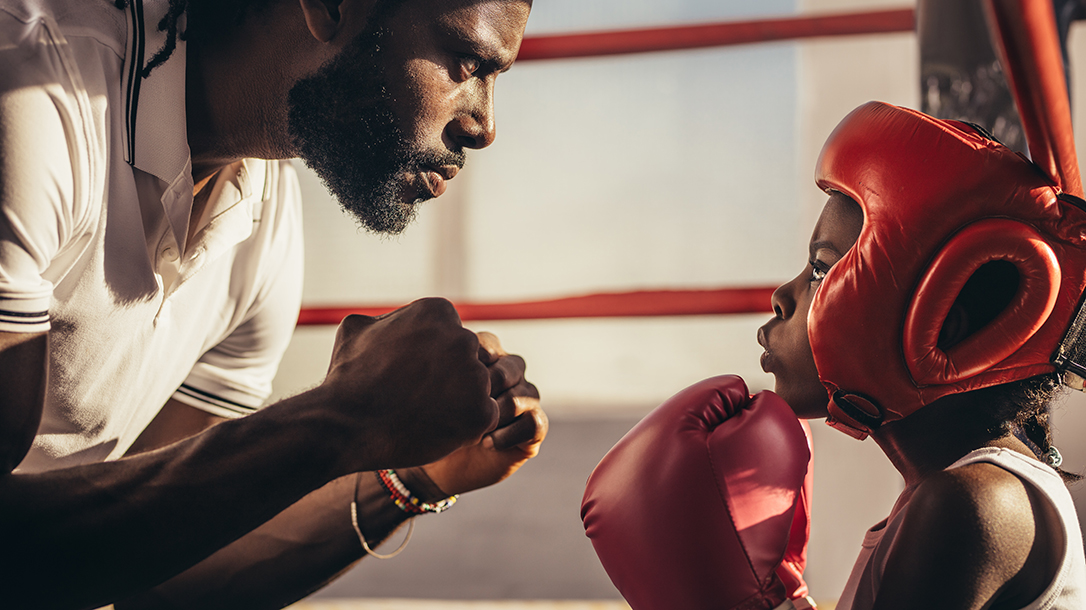 Manning Up: How to Be a Man in Today's Society and What It Means

Yes, I said it, and yes, I’m talking to you. It is time to learn about manning up. I know, I know, you’re not supposed to say that, and yes, I’ve seen the article that proclaims, “The three most destructive words that every man receives when he’s a boy is when he’s told to ‘be a man.’” Well, I’m here to tell you, that’s crap.

Being a man, or even being a boy, has become so stigmatized, you would think it was a psychological disorder. Masculinity and “manning up” in our society seemingly falls between “manic episode” and “mathematics disorder” (yes, that’s a real thing) on the list of disorders defined by the Diagnostic and Statistical Manual of Mental Disorders. It is perfectly OK in this society to make disparaging, stereotypical comments about boys and men that, if directed to any other “group,” would earn you a spot on the ACLU’s most-wanted list.

Let the Boys Be Boys

Boys are told to be still, be quiet, play nice, share, let others win, don’t get angry, don’t hit back, don’t run too fast, don’t climb too high, don’t say that, don’t look that way, and on and on and on. It’s a demasculinization. Anything that comes naturally to a boy is not only discouraged, it is persecuted and stamped out at every turn.

Boys are SUPPOSED to play rough, like guns, be a bit crude, laugh at farts, get muddy, build things, destroy things and handle problems, sometimes with the deftness of a sledgehammer. Now, that doesn’t mean that they can’t play with a doll or like flowers or draw hearts. Despite what society wants you to believe, it doesn’t have to be all or nothing. Believe it or not, boys also have right and left hemispheres in their brains, and it is perfectly fine to encourage (and guide) both. Boys also have testosterone, and at certain ages, they have it in spades. Sometimes it will contribute to bad decisions.

How one handles the aftermath of these bad decisions is what will determine the type of man one will become. It’s OK (hell, it’s necessary) to let boys jump with no chance of a safe landing, get a bit scraped up, and stand up and give it another try (maybe a little later). Crying is even OK; it’s just not OK to give up.

When I talk of manning up, I mean it quite literally: Up the level of your “game” in all aspects of your life. You are not supposed to be pear-shaped or crumble under pressure. You are not fragile. Men were built to run, jump and climb. They were made to fight (literally, if needed) for the things and people that matter most.

Manning up means to have empathy and humility. Additionally, it’s important to be dependable and ambitious, and to apologize when you are wrong. Train daily to be stronger, physically and emotionally. You should understand that the more you put yourself out there, the more chances there will be for you to fail. You should embrace this, because in the real world, people win and people lose. The only certificate of participation you are going to get in life, you got at birth.

Things You Can Start Working On Right Now

There’s nothing wrong with being a man, just like there’s nothing wrong with being a woman. Neither is better or worse. Neither is right nor wrong. I am specifically addressing men, because unlike what is seemingly in vogue, I’m not going to try to tell someone that is of a different race or religion or gender how to do “that” better. However, there is nothing wrong with acknowledging the obvious differences in genders. Embrace and appreciate these differences, because it is the yin and the yang that makes all of this work. As a man, you should do your part to be the best man you can be — you should Man UP.

We talk a lot about this subject in Skillset Magazine, and on our podcast Skillset Live. You can also purchase back issues through OutdoorGroupStore.com and get in on the conversation on Facebook!