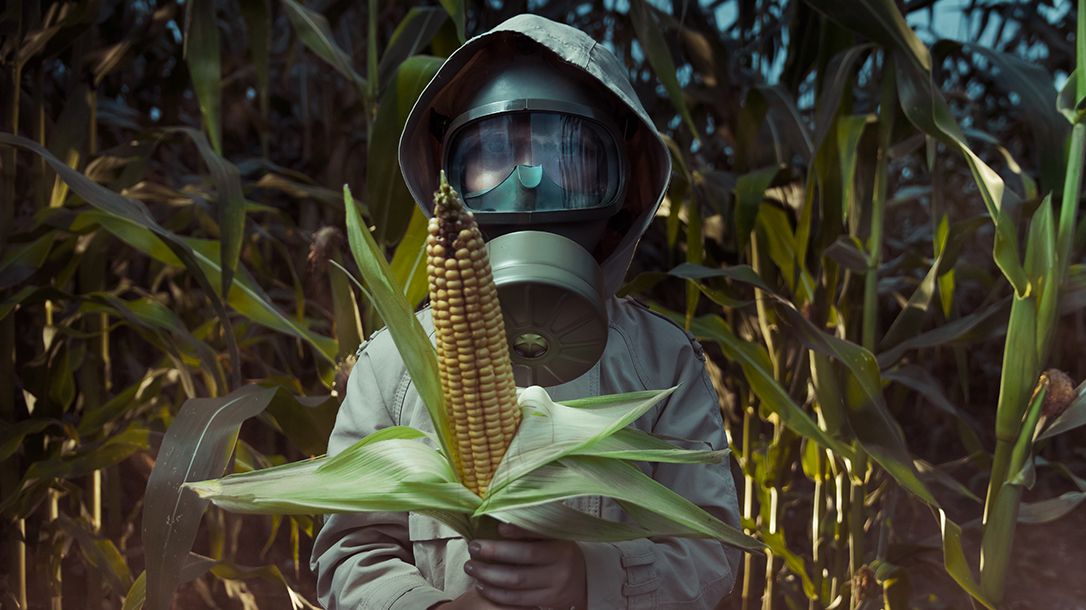 GMOs have been a bone of contention since they were brought to market in the ’90s. Especially opposed is the Birkenstock-wearing, horoscope-reading, “not-religious-but-definitely spiritual” community. In case you didn’t know, a GMO (genetically modified organism) is defined as any organism that has been genetically modified in a lab setting to produce some beneficial characteristic.

The Wide World Of GMOs

GMOs have been created for numerous purposes, including resistance to diseases and pests or to increase crop yield. What’s more, they have been incredibly successful along all these dimensions. Additionally, there is a complete lack of evidence that genetically modified foods are any less healthy to eat than organic ones, yet many still vehemently oppose their use.

This article explores the myth that causes so many people to campaign against GMO foods, details the ancient origins of genetic modification of food crops and animals, and lists the various benefits GMO foods have and will have in the future.

While laboratory genetic engineering is relatively new, people have been genetically modifying food for thousands of years. Think about it, have you ever seen a wild chicken? Of course not! There is no such thing. Given how hard it is to come by calories in the natural world, is it really possible that somewhere, a bird would exist that periodically pops out delicious unfertilized eggs? Obviously not, that animal would starve to death almost immediately in nature.

Did You All See The Size Of That Chicken?

Chickens, like almost every plant and animal we eat, were modified by people through selective breeding. We modified domestic animals to be more docile, fatter, tastier and easier to breed than their wild ancestors. Similarly, we modified plants to have fewer seeds, larger edible parts, sweeter fruit and a number of other characteristics that made them more useful to us.

Why would you spend all your time finding truly wild and untouched fruit to eat only to be pricked by thorns? Why would you spend all your time spitting out seeds and probably not finding enough calories to sustain yourself for any amount of time? Selective breeding, and thus genetic modification, is one of humanity’s oldest and greatest tricks. Without a willingness to bend natural species to serve better our purposes, agricultural efforts never would have reached a level adequate enough to support civilizations.

GMO crops have distinct advantages over their organic counterparts. Organisms are genetically modified for different purposes, but among the advantages are decreased environmental footprint, increased yield, resistance to disease, reduced need for pesticides, increased nutrition, reduced water consumption and lower cost. With the population growing as quickly as it is, it’s important that we are able to produce enough food at a low enough cost to feed everybody.

GMO crops use less land, use less water and yield more edible food. This means the price of food is driven down and the environmental impacts of farming, which are major contributors to issues like deforestation, is reduced. In addition, GMOs that are immune to plant disease and pestilence both reduce the need for toxic insecticides and make people safer from famine, which is often the result of lost crops due to weather, disease or insects. Finally, in areas stricken by extreme poverty where malnutrition is prevalent, adding nutrients genetically to staple food products could allow foods that normally can’t keep people alive on their own to do so.

Some estimate that much of the world would already have been subject to widespread famine had widespread use of GMOs not become the norm. With the population predicted to hit 9 billion by 2070, can we really expect to have enough farmland, water, money, etc. to feed everyone without using GMO foods?

In addition to the many advantages of GMOs, there have been zero documented cases of adverse health effects related to their consumption in humans. This fact even includes allergic reactions, organ toxicity, male and female reproductive systems, human gene mutation, and others.

Where Are We On The Food Chain?

Eco and organic food charities have funded extensive research into the potential adverse health effects of GMO foods and have come up completely empty handed. Yet, much of the general public is still skeptical. The primary criticism of GMOs centers around the idea that “natural” products are inherently safer and healthier than unnatural ones. On the surface the argument seems reasonable, but there is actually not much evidence to support it.

As a matter of fact, there are many plants and animals—and thereby chemicals—that occur naturally that are utterly toxic to humans. Take for example, poison ivy, poisonous mushrooms, snake venom, AIDS, malaria and millions more. In fact, wild versions of apricots, bamboo shoots, cassava, corn, cherry, elderberries, flaxseed and lima beans all contain cyanide, which is utterly deadly for humans in anything greater than trace amounts.

To go on, the two most toxic chemicals known to man, botulinum toxin and tetanospasmin, both occur naturally from bacteria spores. On the flip side, just because something is engineered in a laboratory doesn’t mean it’s unsafe. Take for example ibuprofen, acetaminophen or any number of synthetic versions of natural compounds, such as melatonin.

People assume that natural somehow means free of chemicals, but in actuality, everything in our world, including our bodies and the food we eat, are made of chemicals. They also assume that “organic” foods are completely natural and grow in the wild as they present in the grocery store. In actuality, everything humans have been eating regularly for the last few hundred years, aside from wild fish and game, has been genetically modified through selective breeding. Laboratory genetic modification is only the next progression of that ancient process, and people shouldn’t allow themselves to be turned away from GMOs by hippie-dippy “naturalist” criticisms.

To be fair, while concerns about adverse health effects from GMOs are essentially unfounded speculation, there are some legitimate concerns. For one, many GMOs are being made solely to maximize production and lower costs instead of maximizing resilience against things like pestilence and drought. Additionally, many GMOs have simply been made to withstand the presence of glyphosate (Roundup) weed killer, meaning they haven’t decreased the use of the product, and widespread use of pesticides could be causing adverse eco-effects, like threatening bee populations. If anything, however, these facts only indicate that GMO technology is being used too narrowly.

The fact of the matter is that most people who oppose GMOs probably couldn’t give you a straight answer if you asked them precisely what is dangerous about genetically modified food. Additionally, blindly opposing this relatively new technology could cause serious harm.

For instance, in the early 2000s, a strain of white rice containing beta-carotene (a vitamin-A precursor) was created in an effort to combat vitamin-A deficiency. Vitamin-A deficiency kills almost 1 million children annually in places where most nutrition is gained from white rice. This “golden rice,” despite clearing human safety and crop-growing efficacy tests, was met with harsh opposition from eco-charities, like Greenpeace, on the basis that it would open the door for further use of GMOs and corporatize farming in these regions. Due to this opposition and heavy government regulation related to GMOs, golden rice and products like it haven’t been introduced in many of the places where they could do the most good. Greenpeace is now facing a lawsuit for its role in blocking golden rice since millions in Asia still die from vitamin-A deficiency.

Considering all the advantages of GMOs and the fact that humans have been genetically altering our foods for at least as long as civilization has been around, it is shocking the opposition they get. A faulty line of reasoning has led many to believe that nature is perfect and inherently good while man and our creations are inherently dangerous and bad. With that presupposition, it follows that any food or “medicine” occurring naturally is necessarily safer than those produced by people. This is simply not the case.

GMO tech, like any tool, could be used for the wrong purposes or carelessly enough to cause problems. However, the potential benefits of these products mean we can’t afford not to invest in their application. So, the next time you eat some corn on the cob, an egg from a chicken or a juicy tomato, be thankful that people figured out how to modify our foods.