Welcome to our self-defense series with pro MMA fighter Sullivan Cauley. Sully is a long-time Skillset writer and also spends a good amount of time kicking ass. Sully’s Bellator debut in November 2020 ended quickly—28 seconds, to be exact, as Sully walked away with a TKO win. In the first part of this series, Sully taught us how to use the bear hug in a real-life fight. Next, he worked in the push kick! Today we’re moving on to the long guard to defend against a punch.

Used in both boxing and Muay Thai, the long guard is an effective way to create space between you and your opponent. It’s the most effective way to neutralize the overhand which is almost everyone’s most dangerous punch. Whereas a traditional high guard allows the punch to get to full speed before crashing into your arm or glove, the long guard intercepts it while it’s on its way and gives it no solid surface to impact with. If executed properly, you can make someone feel as though their most powerful punch has lost all effectiveness.

No guard is without weaknesses. It’s important to keep your eyes open and adjust for punches coming from different angles. Remember to stand in a bladed stance and hold your long guard high enough to block behind your ear when blocking the overhand. Think about letting the punch slide down your arm like one sword parrying another. After blocking strikes this way, try transitioning to a clinch or countering with a punch, knee, or elbow. As always, the only way to trust a move like this in reality is to get out and practice it. Head to your local boxing or muay thai gym to work on your long guard defense. 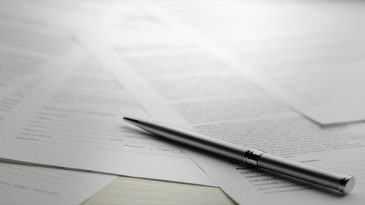 We live in a crazy time. Violence is everywhere and those in power seem to have little interest in stopping it.