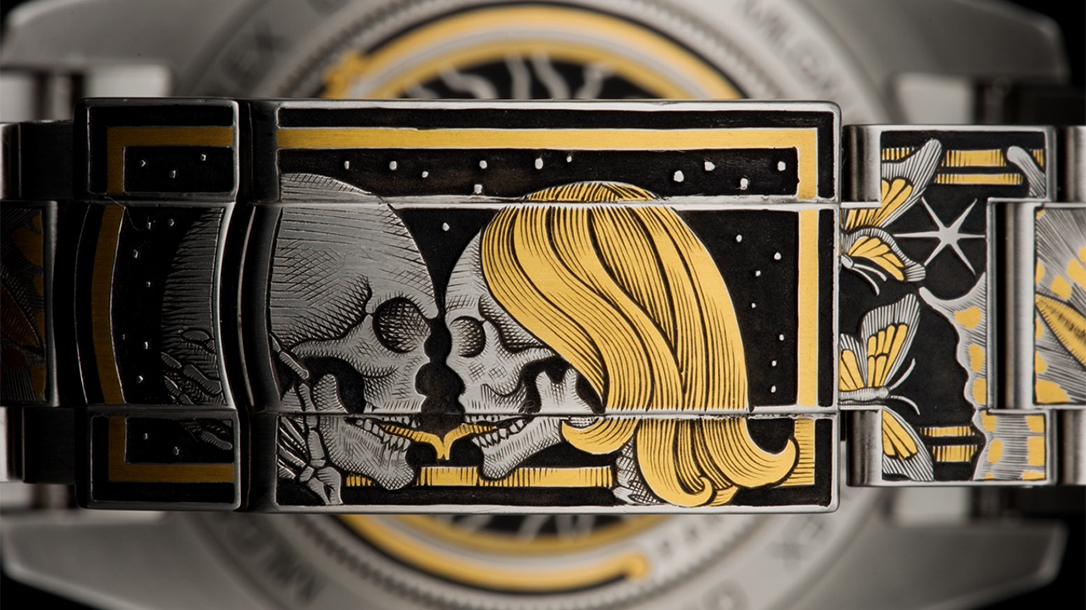 Talent. Some people seem just to be born with it. Others believe that if you grind away long and hard at what you are passionate about, you can someday achieve greatness. However, in Jeff Parke’s world, his never-ending pursuit of excellence won’t let him settle for anything less than perfection.

This master of all things metal has been perfecting his craft for over fifteen years. There’s no such thing as an overnight success here, just long, hard nights grinding away at the bench to be the best at what he does. While most were out at a movie, Jeff was on the grind. Go to sleep early, not when there’s so much work to be done in his mind.

Putting his one-of-a-kind flavor on high-end watches, knives, and the occasional firearm or two, Jeff is kind enough to show us, ordinary folks, just what cool is. Jeff puts his signature on every fantastic piece of hardware out there, featuring retro icons from the 80s, beloved cartoon characters, or even dark and twisted images that conjure up nightmares for most.

His customers come from all walks of life and span around the globe. They include the jewelry collector, the art enthusiast, and of course, celebrities too. His work isn’t for everyone’s wallets, but that doesn’t mean we all don’t want to dream of having a piece of his work for our very own. Most start with a cherished item of their own and reach out to him to get that special touch that only he can provide. Sometimes though it’s Jeff himself who creates original works of art all on his own.

I recently caught up with Jeff Parke at his studio in Arizona, where we discussed the inspiration for his work, his progression, and what continues to fuel him well until the early morning’s light. What’s next for him, you ask? What magical creations will he conjure up from the workbench next? Just watch the video and see.