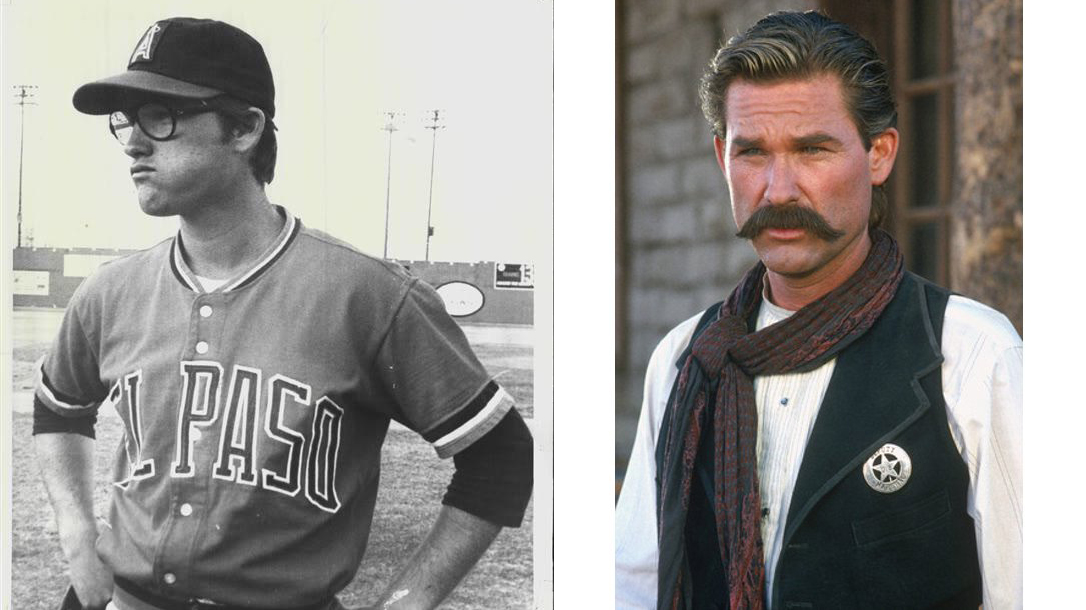 Kurt Russell began acting when he was only 12 years old and has been acting ever since. Many of us know him and love him, whether it be from 1969’s The Computer Wore Tennis Shoes or his iconic role as Snake Plissken from 1981’s Escape from New York. Indeed, there are many layers to Russell’s acting career as well as his personal life, and here are five things the average fan may not know.

While launching his acting career, Russell played minor league baseball. He was being considered for MLB when he suffered an injury to his rotator cuff, something no baseball player wants to hear. When his father, Bing Russell, best known for his role as the deputy in “Bonanza,” bought a minor league baseball team, the Portland Mavericks, Kurt Russell played for them for a short while but then focused more on his acting.

He Wanted A Role In Star Wars

Russell was almost Han Solo. Can you just imagine “Captain Ron” as captain of the Millennium Falcon? Russell was in his 20s when he auditioned. To much surprise, other well-known actors who also read for the part were Sylvester Stallone, Christopher Walken and Robert Englund.

His Love For Elvis

Russell made his first acting appearance in the Elvis movie It Happened at the World’s Fair. He was the little boy in a red shirt who kicked Elvis in the leg. Russell later went on to portray the “King of Rock and Roll” in the 1979 TV movie Elvis, which was his first time working with John Carpenter. Kurt then provided the voice of Elvis in the 1994 Oscar-winning movie Forrest Gump. Last but not least, he was an Elvis impersonator in the 2001 movie 3000 Miles to Graceland, with Kevin Costner.

One of Russell’s most iconic roles was when he played legendary lawman Wyatt Earp in 1993’s Tombstone. He was never officially given the director’s chair, but there were issues with the initial director, Kevin Jarre. After a month, George P. Cosmatos, who directed Rambo: First Blood II, stepped in. However, by that time, Val Kilmer and many others had already decided to follow the direction of Russell, and after seeing this movie, I think we can all agree that it was the right choice. He clearly knew what he was doing.

The Roles Russell Has Turned Down

Kurt Russell’s all-American-boy looks, along with his acting chops, have allowed him to star in a variety of roles, from Disney’s boy-next-door characters to kooky Captain Ron and all the way to badass Lt. Cash in 1989’s Tango & Cash. This made sure his dance card was always full, waiting for the next hit to step up. Russell has turned down some famously well-known roles as well.

He was offered roles like 1980’s Flash Gordon that ultimately starred Sam Jones. Initially cast as the shape-shifter of Ladyhawke, Russell then turned down the offer to play Connor MacLeod in Highlander. The goal was to pursue the role of Jack Burton in Big Trouble in Little China. He was also offered the role of Riggs in Lethal Weapon. Likewise, Russell turned down Stallone’s role in The Expendables. Many had expected him to play that role, but he did not feel that ensemble acting was something he wanted to pursue.

It is a known fact that some actors have pursued their aviation licenses, and Kurt Russell followed this trend, but that’s not the interesting fact. What’s interesting is that in 1997, during a routine flight with his stepson, Oliver Hudson, over Phoenix, Arizona, Russell claims to have seen unidentified aerial phenomena. He said that he saw a “V” shape in the sky from north to south. Russell said these lights hovered and lit up and dimmed at different intervals.

Here at Skillset, we love great action movies and freedom! If you’re one of us, pick up a copy of our magazine and get in on the conversation on our social media pages!