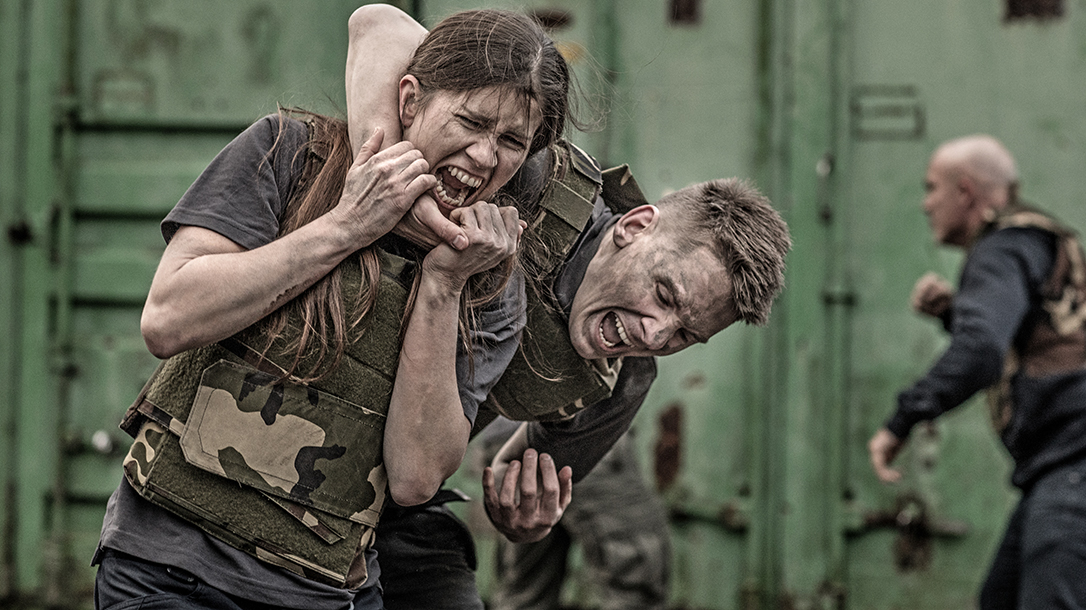 The First Rule Of Krav Maga: There Are No Rules!

The name Krav Maga translated into English means “combat contact,” yet the fighting system itself is much more than the throwing of punches and kicks and elbows and knees. Intangibles, such as awareness, instinct and aggression, are but a few of the many other elements that comprise Krav Maga. The last quarter century has seen Krav Maga explode across the globe from the tiny but mighty country of Israel. Therefore, it is worthwhile to consider not only how it became such a worldwide phenomenon, but also the various ways it is useful in real life.

The Rise Of Krav Maga

Prior to the establishment of the state of Israel, an underground Israeli fighting system called Krav Panim el Panim (KAPAP), or “fighting face to face” in English, was the name used for Israeli defensive tactics at the time. Imi Lichtenfeld was a KAPAP instructor in the 1940s, and over the years, he incorporated elements of jiujitsu, boxing, karate, judo, and other martial arts and fighting tactics into what became known as Krav Maga. Imi’s goal for his students and for the evolution can be summarized by his motto for this fighting system: “So that one may walk in peace.” Since the 1950s, Krav Maga has been recognized as the self-defense system of the Israel Defense Forces.

Krav Maga, however, is not a martial art; there are no “katas,” or forms, such as those present in Eastern martial arts like karate or wushu. There are no rules for fighting in Krav Maga, and there is only one goal: self-defense. The attraction is its focus on practicality, efficiency and results, which are drilled into its practitioners. The success and popularity of it can also be tied to the decades of military, intelligence and counterterrorism successes of Israel. The few repelling the many against incredible odds has been a constant theme in Israel’s history, and with it exists a mystique about Israeli innovations.

The applications have grown and expanded over the years, and as with other fighting systems, there are certain adaptations that are made to fit the environments in which one may have to deploy combative techniques. Krav Maga develops supreme physical fitness, situational awareness and combative skillsets to cover almost any scenario. Given the popularity of MMA and Brazilian jiujitsu, Krav Maga training centers prepare its practitioners for defense against adversaries who may be skilled in striking and fighting on the ground. What follows is a discussion of some of the real-life applications of Krav Maga.

These include basic self-defense moves that use gross motor skills to defend against one or multiple attackers. In Israel, soldiers on leave have their weapons with them, and many of these techniques employ those weapons as blunt-force instruments for defense.

As well, military and quick-reaction border police units on patrol or manning checkpoints are often deployed in groups. If an attacker with a knife, a hammer or an improvised weapon attacks a single soldier or member of the police, the techniques used in such close-combat scenarios are designed to be explosive—busting moves that create enough distance between the attacker and the soldier to allow the attacker to be shot by the soldier or other soldiers. Disarming and apprehending the attacker is not a common outcome of this application, and violently rushing a military or police outpost with a weapon is usually a bad career move.

The goal of a protective agent is to protect the principal (protectee) from all types of harm. In some cases, the protective agent is part of a team of protectors, and sometimes he or she operates solo. Protectors may be armed, but often they are not. Krav Maga is a fast and direct defensive-tactics system that enables the protector to impede and ultimately end an attack as well as to create enough space and time to escape safely with the principal.

Government close protection teams are often supported by counterassault and police units, but sometimes they operate in low-profile or civilian details. Regardless, a protector has to wear many hats. The solo protector must be able to engage an attacker until the threat is neutralized, keep the principal safe during the attack, and also be on the lookout for other attackers. Apprehending the attacker is not the concern of the solo protector, which is why a practical, efficient defensive-tactics system like Krav Maga offers great strategies for protective agents.

Police officers and other law enforcement professionals serve the public as the barrier between innocent, law-abiding citizens and those with criminal intent. Sometimes situations escalate in a matter of seconds, and an officer or investigator is attacked and must protect him or herself. Following the initial defense, techniques are necessary to apprehend the attacker if it isn’t a situation that requires deadly force. Sure, there are many options for responding to violently aggressive suspects. However, Krav Maga offers self-defense tools that can improve situational awareness, that can train officers to defend and deflect oncoming attacks, and that can equip officers with striking and grappling skills for stunning and incapacitating attackers, thereby assuring compliance in as safe a manner as possible. Considerable training is required, especially since the laws governing police actions are becoming increasingly stricter.

The majority of Krav Maga practitioners are your average Joes and Janes who, as Imi Lichtenfeld said, just want to “walk in peace.” Unlike the above examples, which are tactical and professional applications of Krav Maga, civilians can find themselves in any one of an endless number of situations that necessitate the sudden defense of themselves or their loved ones. Street robberies, abductions, sexual assaults, or attacks by disturbed or inebriated people with violent intentions are just a few examples that can threaten civilians’ personal safety. Naturally, a civilian’s main concerns are to defend, to counterattack to stop the threat, and to escape and call the police, if able.

For civilians, proper Krav Maga training is essential, and since no authority has exclusive rights to the name, there are various branded Krav Maga offerings. In answer to the demand of the market for it, countless associations exist to certify instructors. The International Krav Maga Federation and Krav Maga Worldwide are the better-known global associations, but across the Krav Maga landscape are independent instructors who provide their own brands of Krav Maga. Former IDF counterterrorism unit veteran and instructor Nir Maman (his image was used for EA’s Rainbow Six video game) is the founder of CT 707 Krav Maga, and he holds select trainings for practitioners and future instructors that offer a highly tactical approach.

Danny Zelig, founder of the Tactica Krav Maga Institute located in the San Francisco Bay Area, has three local branches and numerous affiliates across America and Israel. Some of the better-known figures in the Krav Maga world are former chief instructors within the training branch of the IDF, others who were assigned to train elite IDF units, and yet others—such as myself—who are veterans of combat units and who became instructors after military and protective security service.

To identify a quality Krav Maga training center or opportunity, investigate the instructor’s or school’s background. Know their affiliation, years in business and member reviews. The owners or instructors of such facilities need not be Israeli; however, they should have a lineage to an Israeli instructor who certified them. Once COVID-19 is knocked out or on the ropes and it is safe to train at facilities again, improve your defensive tactics skillsets at your nearest, high-quality Krav Maga training center.

Self Defense: The Lips Know A Secret And They Aren’t Telling

Few things are more common than a woman carrying a tube of lipstick. However, for anyone wanting to “mess” with 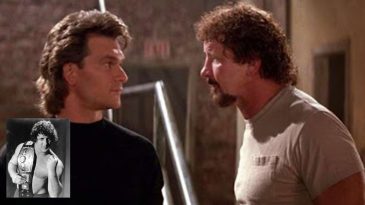 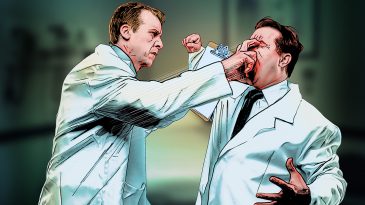