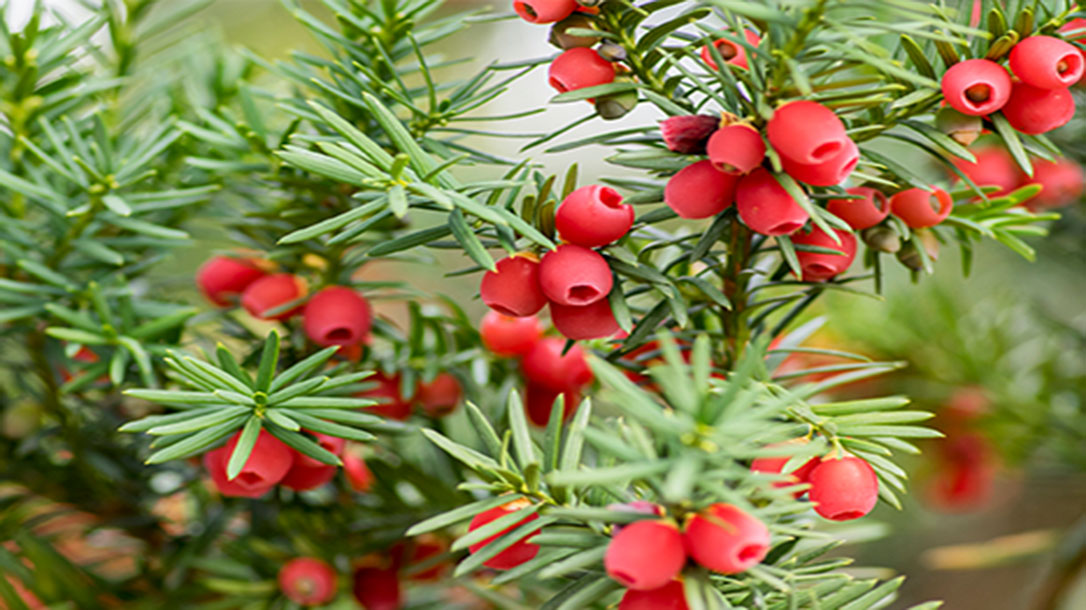 Know Your Poisonous Berries: How to Identify Nature’s Cyanide Capsules

There is a romantic idea floating around about living off the land eating nuts and berries. The same folks who believe they will not only survive but thrive like this are also the same that have “COEXIST” stickers on the back of their vehicle parked at the trailhead. As someone who never shies away from dropping truth bombs I can say your chances of sustaining yourself on wild edibles without proper guidance is about the same as convincing peaceful cohabitation with those who want to kill you.

Not only is it highly unlikely to find all your sustenance off the land, further truth is, some of those berries can kill you long before starvation does. Should you decide to heed our warning, at least take a little of our advice when it comes to knowing your poisonous berries with a few simple to remember tips and a few specific berries to avoid if you value your life.

The universal edibility test was never meant to be used by the masses. This means, you should not even consider it. The test was created for members of the military in hostile territory far from home and without resources. The test is often reproduced with critical steps omitted for the sake of space. Additionally, some of the steps that suggest putting a piece of the plant on the inside of your mouth to see if there is a reaction could be incredibly dangerous with certain plants.

For the average person, do not attempt to determine the edibility of a plant with this test that wasn’t designed for you. A better “test”, if time and resources allow, is to consult at least 3 different edible plants books. Find one book with an illustration, one with a line drawing, and one with a photo. Those three visual types should make it easier to identify the plant in front of you.

As a general rule, ripe segmented berries such as the blackberry, raspberry, cloudberry, salmonberry, and boysenberry are safe to eat. Segmented berries are those that have multiple seeds in an aggregate of drupelets. Segmented berries can vary in color from red, black, and even yellow. Green berries are unripened and inedible. The only rule you must abide by with segmented berries is avoiding those with milky sap and inedible parts like unripened mulberries. When they ripen, you don’t have to worry about consuming them. As a general rule, most plants with milky sap should be avoided. As you progress in your plant knowledge, you’ll learn which plants with sap can be boiled off in multiple changes of water. For the newbie, if you see milky sap, steer clear.

If you think of what a blueberry looks like, you already know what a crowned berry is. A crown looks like a raised ring around the top of a berry. There are many examples of berries that have a crown and you can consume all of them assuming they are ripe. Service (june) berries, huckleberries, and rosehips all have noticeable crowns. These berries are edible as is or they can be made into jams and jellies much like the segmented ones previously mentioned.

And Now the Bad News

Some poisonous berries may look very similar to edible berries but looks are deceiving. You cannot simply rely on folk wisdom that “all red berries are…” or “most of the time it works all the time”. You also can’t rely on your powers of observation if you think you can eat certain berries because you see animals consuming them. We have a far different digestive track, metabolism, and sensitivity to the toxicity in certain plants than animals have. Additionally, you have to take into account when the berry season is. You won’t find many berries, poisonous or not, in cooler months when they don’t form and ripen.

This conifer has bright red berries that look very inviting. However, the berries are extremely toxic with plenty of alkaloids to ruin your day. Not only are the berries worth avoiding, so is the rest of the plant.

This plant is not the same as the nightshade that has earned a reputation for its poisonous nature but it is a berried plant worth noting here. The berries somewhat resemble candies and only a few can kill a child. Many more would be needed to drop an adult.

This plant is widely distributed throughout the United States and it can be found in a wide range of habitat. Pokeweed, in its entirety, is very poisonous and while we want you to avoid the berries, definitely avoid the root.

If you have ever decorated for the holidays, you know what holly looks like. You might even recognize the plant from the waxy looking leaves before you notice the berries. Consuming those berries will put you on Santa’s naughty list and likely earn you a toe tag. Avoid them.

Before you run to the woods to live off of the land, take some time and learn about the plants you’ll find there. We briefly touched upon the conversation of wild berries and we never discussed the other ingredient of your nomadic fantasy. There are plenty of inedible nuts you won’t want to mess with too. If you actually want to coexist in the forest with both the good and the bad that mother nature provides, know your poisonous plants and you’ll spend more time upright embracing those idealistic thoughts.