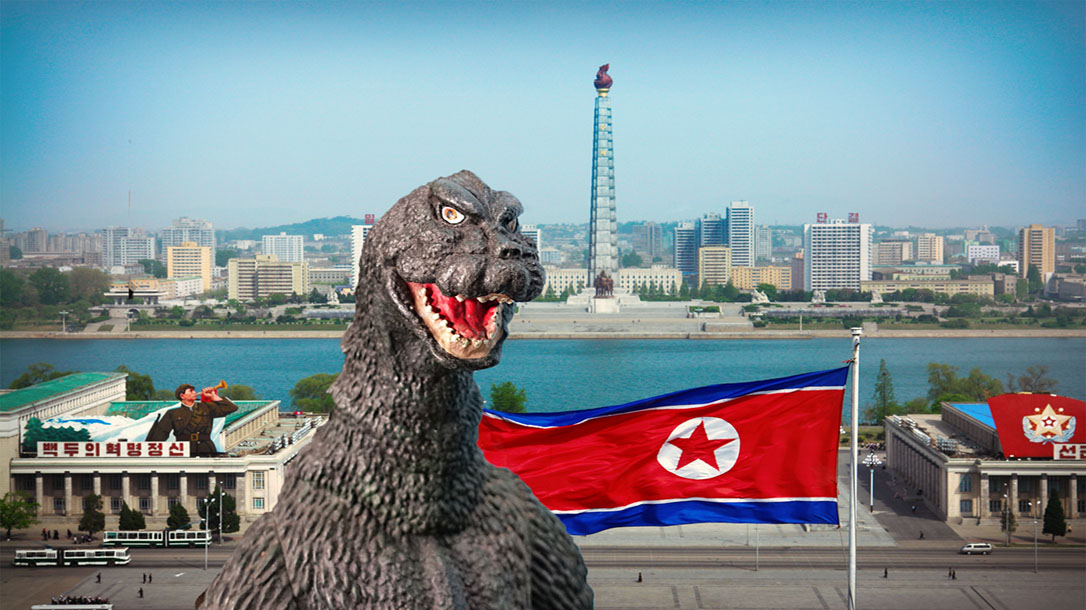 Kidnapping And Communism: North Korea’s Pulgasari Is A Real Monster

A massive monster terrorizes villagers and citizens as they run for their lives. A complete spree of destruction tips apart the city. Chances are Godzilla and King Kong come to mind when those scenes come to mind. But there’s one film that may not hit the uber-monster radar – Pulgasari.

This 1985 entry into the sci-fi monster category, known as kaiju in Japanese, comes courtesy of the crazy regime in North Korea. Beyond the crappy production and wild plot, the story of this North Korean Godzilla knockoff also involved kidnapping the film’s director and hoodwinking the original Japanese Godzilla special effects team into taking part. The story behind the film may actually be better than the movie itself.

In the 1970s, communist revolutionary Kim Il-Sung served as the absolute ruler of North Korea. He led the hermit kingdom with an iron fist and citizens were greatly restricted from any contact with the outside world.

However, his son Kim Jong-il lived the high life and considered himself quite a movie buff. The future leader of the country had one of the largest film libraries in the country, as noted by author Paul Fischer in A Kim Jong-Il Production: The Extraordinary True Story of a Kidnapped Filmmaker, His Star Actress, and a Young Dictator’s Rise to Power. James Bond and monster flicks were particular favorites of the “dear leader.”

Jong-il spearheaded the country’s film industry but wasn’t satisfied with the socialist schlock the country’s sole production company churned out. He wanted better production, acting, and storylines as well as some international acclaim. In essence, he wanted propaganda films without them being seen as propaganda.

Kidnapping Is The Answer!

What do you do when you’re a dictator and want better movies? You kidnap South Korea’s top actress and producer. That’s exactly what he did, dispatching teams to kidnap one of the south’s best-known screen performers at the time, Choi Eun-hee.

Later the same year, his henchmen also nabbed her former husband and the country’s best-known director, Shin Sang-ok. Imagine Brad Pitt and Angelina Jolie being scooped up by Russia to star in the next Stalin biopic. That’s about the equivalent of what occurred here.

After two escape attempts, Shin was actually imprisoned under horrific conditions for two years. That included sitting in a certain position for hours and hours each day with little food to eat. Eventually, however, Jong-il summoned the two and put them in charge of the North Korean film industry.

The couple didn’t have many options. It was either roll the cameras or … well you can imagine.

Shin and Choi produced seven films while in North Korea, with Kim Jong-il credited as an “executive producer.” The pair is credited with improving the country’s film industry before escaping to the U.S. in 1986 after eight years in captivity.

With Pulgasari, Kim Jong-il hoped to go big, and he did … kind of. The story is loosely based on a Korean folk tale and South Korea actually produced a movie of the same name in 1962.

Fitting for a socialist monster flick, the film is set in feudal Korea, which is ruled by a tyrant king. The people are starving and mistreated. When a blacksmith is imprisoned for aiding his people, he creates a doll while in jail. Before his death, he asks the gods to bring the doll to life and defend the peasants and rebels against the king.

Of course, the gigantic metal-eating monster does come to life. The blacksmith’s daughter names Pulgasari after a mythical beast that eats iron and steel. Cue the destruction and explosions.

Pulgasari, which looks like a cross between Godzilla and a giant bull, fights with peasants to overthrow the country and return power to the peasants. Got all that? There’s even more to it, but the general idea is revolution and defending the people. Down with capitalist pigs and up with collectivization.

The film was ultimately released in 1985 with North Koreans filling theaters to see something so different from the propaganda films they were accustomed to. However, western audiences weren’t as kind.

“By far the most famous film that Shin Sang-ok made in North Korea,” Fischer notes in A Kim Jong-Il Production, “Pulgasari, the iron-eater was so representative of the absurdities and contradictions of North Korea cinema, of Shin himself, and of Kim Jong-il, that it has become one of those so-bad-it’s-good cult movies.”

A Little Godzilla In Pulgasari

The unique circumstances leading to the production of Pulgasari go even deeper, however. The communist Godzilla knockoff has more links to the Japanese original than one might think.

When filming began Jong-il hoped his imitation would have that “realism” of the original Godzilla films. Much like the kidnappings of Choi and Shin, the dictator found a way to get Godzilla creator Toho Studios’ original special effects team in on the production.

The movie crew believed they were to be part of a production in China before being shuffled off to North Korea after only briefly working in that country. The involvement of the Japanese crew at all is quite an irony for a leader and country that continually painted the Japanese as the enemy.

Like Choi and Shin, the special effects team had few options: trudge ahead with the film or it wouldn’t be a happy ending. Japanese actor Kenpachiro Satsuma, who played Goldzilla from 1984 to 1995, even donned the rubber Pulgasari suit throughout the movie.

During filming, however, the Toho team was separated from the Korean film crew. The Japanese staff found filming constantly delayed, with any changes or alterations needing government approval. Despite Shin and Jong-il’s best efforts, the film was a dud, but quite an interesting footnote in film history.

As Fischer notes of Pulgasari: “The film is long, boring, and dreadful.”