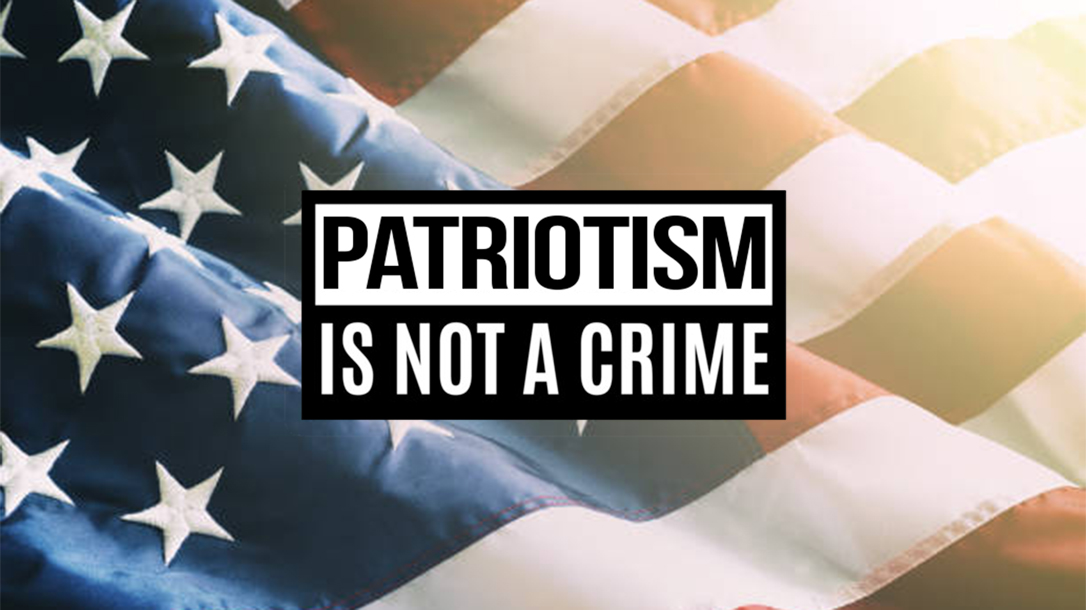 On This July 4th Remember…Patriotism Is Not A Crime!

Not long ago, patriotism was a core tenet of public education in the U.S. The school day began with a recitation of the Pledge of Allegiance, and American history was taught with in a positive light. Recently, however, an increasingly critical view of the United States and its history are being taught, and children are told to take pride in their ancestral heritages and racial differences rather than in the country in which they now reside.

Why July 4th Matters Most

While it is important to acknowledge America’s shortcomings and flaws, we must also take seriously the need to reinforce a healthy degree of nationalism and patriotism. In actuality, patriotism is not merely a luxury or something that should be reserved for war or emergency. It is part of the binding that holds together this behemoth of a nation. If there is too little of it, we risk dissolving from the inside out.

This July 4th, we feel it is vital to discuss the foremost reasons why patriotism should be fostered in schools and in public discourse. First, this should be done to ensure national unity and thus, stability. Second, this should also be done to prevent the persecution of minority groups. Finally, doing so offers our citizens a sense of national purpose, which will allow us to remain competitive internationally.

The United States is the world’s grandest melting pot. Immigrants from all over the world have come to enjoy our security, liberty and prosperity. We have a great number of different racial and ethnic groups, religions and political ideologies living within our borders. While our differences should be celebrated to a point, we cannot expect so many people who are different in so many ways to peacefully coexist without some binding force in common. That unifying force is patriotism.

A Vast Amount Of Cultures

This isn’t to say disparate cultures and customs can’t be preserved or that criticism of the state shouldn’t be allowed. It simply means Americans should be taught reverence for the liberal democratic framework that allows them—and everyone else—to freely exist and express themselves here. Without a healthy respect for the foundational principles of our government and society, citizens cannot be expected to participate in civic life, to make sacrifices for their community, or to have respect for those with whom they disagree.

For many countries, the vast majority of their populations share heritage or religion. In such situations, feelings of goodwill and brotherhood toward society can be drawn from their shared membership in predominant religious or ethnic groups. In America, however, with our immigrant past, no one religion or ethnicity encompasses enough of the population to build a national identity upon. Furthermore, the liberal tenets of our society dictate that national identity shouldn’t be built upon the ground of things like heritage and religion, specifically to avoid persecution of those not included in the majority groups.

So, the only option we’re left with if we want to foster brotherhood and feelings of unity within our country (which we do), is to promote the beliefs that the United States is righteous (despite its imperfections), that liberal democracy and the constitutional liberties we are entitled to are unique and beautiful, and that everyone who lives here is equally a part of the brotherhood that is America—despite our differences.

One of the primary criticisms leveled against patriotism or nationalism is that they can be allied with racism and jingoism. While this concern is not entirely illegitimate, it is important to remember that people cannot be prevented from forming and belonging to groups. Our only hope for preventing discrimination between groups based on things like race or religion is to foster feelings of goodwill and a team attitude among all citizens. Failure to create a nationalist attitude that includes all Americans will only result in the creation of fractured and adversarial groups.

Lately, especially among metropolitan leftists, patriotism has been pushed aside. They hoped that it would be replaced with a vague humanism, wherein people felt connected to all other people around the entire world. They also hoped that decisions would be made based upon what would benefit everyone equally. In actuality, however, the removal of nationalism has simply led people to align with each other on the basis of things like race, religion and ideology. The result is the dangerously high levels of division we see today.

By definition, the existence of any group depends upon the exclusion of those not a part of the group. Saying the entire world is your “group” is precisely the same as saying that you have no group. The most “inclusive” group identity we can hope for in this country is one based on nationalism. This doesn’t mean disregarding the needs of the rest of the planet entirely in our foreign policy, but it does mean putting the interests of each other first in order to avoid pulling apart at the seams.

Never in all of history has a country survived a single day without nationalism. While history is replete with atrocities justified on the basis of ethnic or national allegiance, we cannot afford to let our citizenry to become overly cynical about the nature of this country. The U.S. Constitution has built into it the right for citizens to express any political view, including ones critical of the government. This self-criticism sets the U.S. apart from all other nations, especially repressive regimes, such as China and Russia, who may perpetrate human rights abuses freely because their citizens have no say. And while the U.S. has been imperfect at many times throughout its history, this self-criticism has allowed positive change to come about eventually.

We must allow healthy criticism of our culture and government. We must even teach children that criticizing the U.S. is a part of being a good citizen. However, we cannot become so self-flagellating that we don’t protect our own interests. In recent years, arguments stating America is unfailingly corrupt, racist, evil, unfair and unsalvageable are increasingly common. Many forget that the very fact you can legally burn the flag demonstrates the unique power and freedom our citizens have under the Constitution.

One Nation Under God

For many years, America stood united and became the most powerful nation the world had ever seen, but we now risk becoming too self-critical to function on the world stage. We are, after all, in constant competition with the competing political ideologies of the world. China, for instance, has kept repressive communism alive. They are becoming more powerful, and they seek to overtake us. If they do, the free world which lives under our protective military umbrella may no longer be so free. If we are to compete with China in the coming decades, we cannot afford to be ripped apart from within by those who claim we have no right to exist.

Patriotism is the antidote to the plague of identity politics. While people can and should draw positive meaning from their ethnic and religious heritages, membership to those groups must be seated within a framework of deference for the liberal values on which our country was founded. Failure to instill such a belief in the citizenry will result in the fracturing of our country.

The only way to ensure that patriotism takes hold is through the purposeful teaching of these concepts in schools, especially elementary schools. After all, is it really a stretch to teach children that this country is a righteous place deserving of reverence? Our founders, for all their flaws, revolutionized the way government was thought about. Our successful fight for independence from Britain and the creation of the first liberal democratic constitution started an avalanche of events that eventually freed all of Western civilization from oppressive monarchy.

The society they constructed was initially geared only toward white men, but it made them more equal with each other before the law than they ever had been before, and it allowed the preconditions for those equalities to be transferred to all men and women living within our borders. America, as it stands now, is the most egalitarian, free, prosperous, safe and powerful state to have ever existed. We saved the world from domination by fascism and then by communism in the 20th century alone, and we continue to facilitate progress the world over. Simply put, the world is a better place for having the United States in it, and we should act like it. 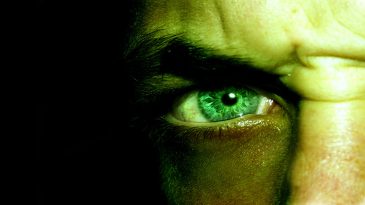 How To Use Anger For Good: Be Like The Hulk But Less Destructive

Dr. Banner said, “You wouldn’t like me when I’m angry.” He said this because his therapist advised him to disclose