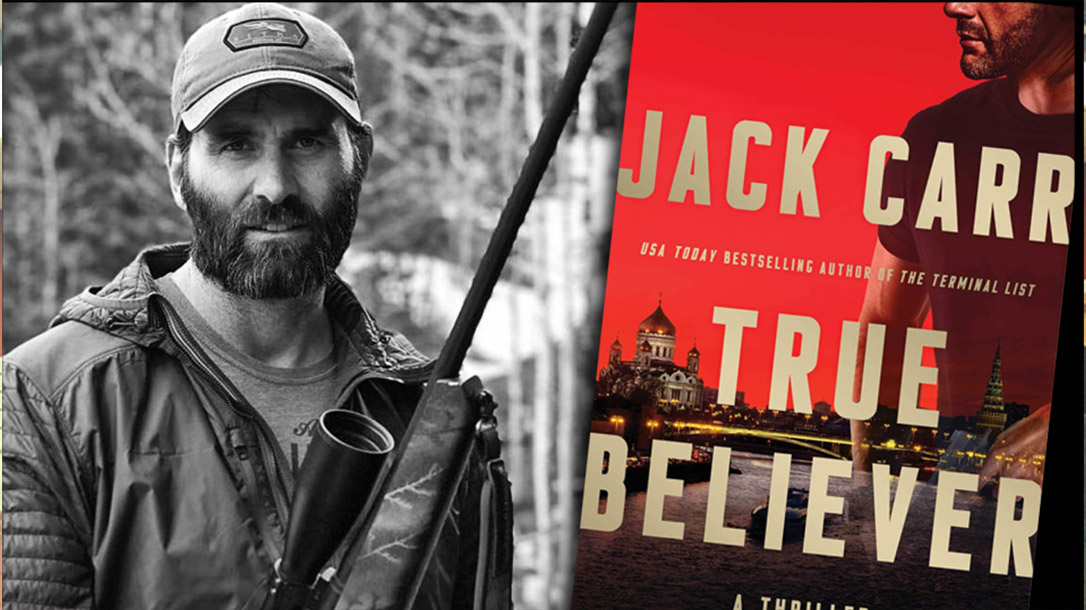 So on July 1, on Amazon Prime, The Terminal List hit Tv screens worldwide. Millions of people instantly fell in love with the James Reese universe. Some have never read any of the books that Jack Carr wrote. Some only tuned in because they saw it on social media or that Chris Pratt and Antoine Fuqua’s incredible talent is in and behind this series.

This article is for the new people to the James Reese universe. It’s an introduction to the main character and a little insight into the awesomeness of Author Jack Carr.

Before we dive into this, I’d like to shine some light and dedication to Jack Carr’s mother. Had she not been a librarian, a lover of books, and a voracious reader, I’m not sure Jack Carr’s books would have ever been written. So let’s all raise a glass or coffee mug and say cheers!

Who is Jack Carr?

We would not have the Terminal List if we didn’t have Jack Carr. Jack Carr has wanted to do two things in his life. One was to become a Navy SEAL, and the other was to write books. After 20+ years in the SEAL Teams, he retired from being a sniper and a Team Leader in the Navel Special Warfare community. He retired, threw himself into this next chapter of his life, and became the writer we all know now. Yes, Jack Carr is a former Navy SEAL ( which is a huge reason the visceral, technical, and tactical parts of his writing are so impactful)

It’s important to understand that the passion and the true joy of his being a student of writers from the past ( David Morell, Stephen Hunter, Anton Myrer, and Steven Pressfield, to name just a few) is a big reason why his novels are page-turners. You can’t wait for the next novel to come out.

As of writing this article, there are five Jack Carr novels based on the character of Navy SEAL Lieutenant Commander James Reece. Now I promise no spoilers. You will only get a very brief synopsis.

The First novel, the one that started it all, is titled The Terminal List. This is a book about revenge; let me tell you, there is a ton of it. We get introduced to his family: wife Lauren and daughter Lucy.

I don’t want to have too many spoilers, especially with this book. All I can say is if you have a family and something tragic happened to them, and you were able to dole out revenge to those that hurt your family, this book will resonate strongly with you. James Reese is more than just a Navy SEAL in the military world. He’s a father, a husband, and a friend, and when someone tries to impact his life about those he loves negatively, he uses the tools he spent 20 years developing and gives us some payback.

The significant part about True Believer is that we get introduced to several characters that will impact future books. You get to learn about how James Reese starts to live again. How he finds redemption in his journey and then does some badass things to bad people.

This was the novel that Jack Carr wanted to write first. However, the characters needed to develop, and we all needed to fall in love with James Reese and the backbone and backstory to his situation. I’m not going to lie. Personally, this is my favorite book of the series. There is so much to unpack in this book and so much awesomeness that I’m not going to say anything more except read them in order but don’t be surprised if you read this one precisely a few more times.

The Fourth Novel – The Devil’s Hand

This book pushed a lot of buttons. When you read it, especially during the pandemic and all the things we went through with the pandemic, this book was getting the vibes of Nostradamus. It was scary and enjoyable and awesome in so many different ways. Great violence, great fight scenes, great intrigue, you’ll love it.

This is a sniper-centric novel of violent resolutions (to us laypeople, one sniper is trying to kill another sniper)

This book is a page-turner, with twists that have you holding your breath.

Remember, all I’ve given you in this article is a small glimpse. I promise you that these novels will have intriguing suspense. It will hit you emotionally, and you will not regret investing time in these books.

The TV series on Amazon Prime was so well done that I’m still in shock and will binge-watch it a few more times. If you watch the series 1st and then read the books, you may or may not make a big deal about discrepancies. There have been fans of the books who have some bellyaching about the changes in the TV series. All I can say is I thought they touched on so many things that were not available in the book that I got a precise balance between the written word and the word coming from the screen. Excellent tactics, honest believable dialogue from all the actors, fantastic soundtrack. I know Jack Carr is happy with the screen version of his books, and I think you will be as well.