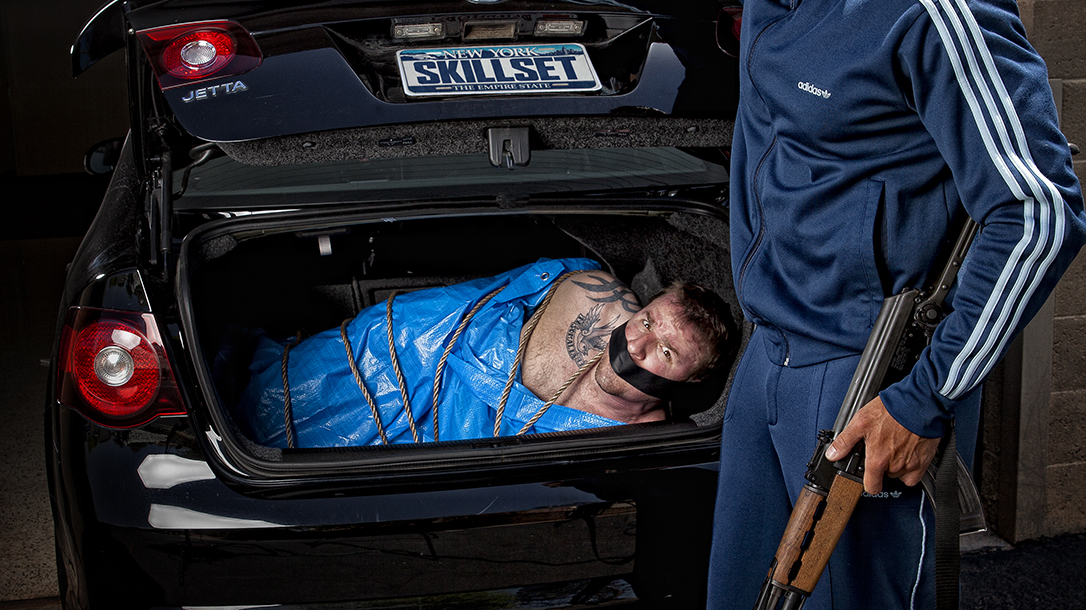 Interrogation Techniques 101: How to Tell if Someone Is Full of Shit

Have you ever been sitting with someone over dinner and as this person was telling you something, you thought to yourself, “This guy is full of shit”? We have all been in situations where we knew the person we were talking to was bullshitting us. Have you ever wanted to know how to pierce through someone’s crap to get to the nitty-gritty truth? Rest assured, there are ways …

I served for more than 20 years as a federal special agent, working street-level crimes for most of that time. I also have children and an ex-wife. It is safe to say that I have been lied to by the best — both professionals and amateurs. If you want to know how to figure out what the hell happened in a given situation or if the person you are talking to is lying and how to get them, as we say in the trade, to make statements against their own best interests, read on.

First, torture is for amateurs and assholes. The idea that members of the U.S. government might have been involved in such a lowbrow approach is professionally embarrassing, in addition to being ethically murky. Besides, torture does not work for long-term, thorough exploitation of a subject. People are unlikely to cooperate fully with their worst enemy, especially when that enemy has spent the last two weeks waterboarding them. Instead, they are more likely to cooperate with someone they perceive as their friend.

That said, if you want to know if there is an enemy tank platoon over that hill in the Ardennes forest, pulling out some fingernails will certainly get you some answers. The problem is the answers you get MIGHT be correct. Or they might not. You just won’t know until you go look, in which case, what good was your torture? Go watch Laurence Olivier torture Dustin Hoffman in the 1976 film “Marathon Man” for a great example. If a guy takes a dental drill to your choppers without anesthetic, you will tell him anything just to make the pain stop. Any man whose wife has awoken him from a dead sleep in the middle of the night to ask just what he meant by that comment over dinner about the waitress being cute very well understands this point.

Second, understand that there is a professional difference between an “interview” and an “interrogation.” Generally, an interview is defined as information gathering with someone who is NOT a suspect, such as a victim or a witness or a subject-matter expert. This is just collecting information, helping you to comprehend a topic better and perhaps arming you for a later interrogation. Interviewees may lie to you for any number of their own reasons. Figuring out how truthful they are being is part of the interview. If their answers suck, they can always move themselves into the “suspect” column thanks to the interview performance. Likewise, an interview can slide effortlessly into an interrogation during the same conversation.

An interrogation, on the other hand, is an accusatory exchange with a subject led by the interrogator, done with someone you suspect of having committed some kind of transgression — you know, that thing you are trying to figure out. That is not to say you, as the interrogator, are going to scream and shout due to a lack of emotional control, though you may at times be more forceful versus being more measured. Everything an interrogator does is intended to get a specific response and is done according to a well-thought-out plan.

That is key to both an interview and an interrogation: You go into it with a plan. There is a structure to your approach. Start your interview by “baselining” your subject. Ask innocuous questions, simple things that are not likely to concern them: Name, address, occupation, dog’s name, hobbies, favorite magazines, whatever. The idea here is for you to see how this person reacts under “normal,” non-stressful conditions in this conversation.

Also, to the degree that you can, control the environment and match it to your plan. If you want the subject at ease, pick a place that is more relaxing. If you want the subject off balance, find that place and work there. And if you have multiple suspects, isolate each from the others. This keeps them from coordinating their stories on the fly and from picking up information in the interview that they did not already have. You can take notes in an interview, but do not do it during an interrogation. Note taking shows a subject that you are getting new information and you do not want to forget it. This is fine during an interview, but is not good during an interrogation.

Although this should be obvious, once things begin, you need to pay attention throughout the entire process. The interview allows you to form your conclusion about the honesty or untruthfulness of your subject. The term “active listening” does not fully capture what you are doing here. You need to not only hear and process what you are being told, but you also need to watch movements, hear vocal inflections and any other “tells” the subject might display during this conversation. Remember this for later, as your questions become more pointed and directed upon the issue at hand, to help you notice any behavioral changes.

Once you have a solid baseline of your subject’s normal behaviors, you can start to ask questions designed to provoke a response. You want to get the interrogee to move off the baseline to gauge his or her reactions. You need to pay particularly close attention here, because little things make a big difference.

What the hell does that mean? It means, without making specific accusations, that you ask more pointed questions. Examples include questions such as: “Am I going to find child pornography on your computer when I search it?”; “Is there cocaine in your car’s trunk?”; or “Are there any candy wrappers under the pillow in your room?” These are pointed questions, but they are not specifically accusatory, and the answers tell you a lot.

Innocent people will answer such questions directly, emphatically and with a minimum of explanation. They want you to understand they are innocent! Is there cocaine in your trunk? Most people will answer that question with some version of “Hell, no! I’m not involved with that crap! Open the trunk and look right now if you don’t believe me!” A drug dealer with five kilos of pure Columbian is going to say something like, “Well, there SHOULDN’T be …” No shit, we know there shouldn’t be, but that is not really answering the question that was asked, is it?

Generally, the longer the answers to such questions are, the bigger the pile of bullshit that is being slung your way. Look for a normal reaction to your questions or a deviation from that norm. While not foolproof determiners on their own, every answer you get provides you information that helps you to build toward your eventual conclusion.

Once you have finished your interview, you can either stop or move directly into an interrogation, depending on your plan. If you choose to move directly into an interrogation, it is a good idea to take a break and leave your subject alone for a few minutes or longer, especially if you think it will help to unsettle him or her. Let the subject stew and think about the interview that just happened and what it means. Remember being called to the principal’s office in school? I do. I was always left to sit in the waiting area before talking to the principal, pondering what I had done, what exactly was known by the school administrator and what was not known. After a while, the adrenaline that hit me when I was summoned would start to drain off, leaving me tired, shaken and off my game.

That shit works on adults too. Use it.

When you resume the interview, the entire tone should change. You are now the disappointed, slightly upset parent. Let your subjects know that you know they are lying. Do not let them get a word in edge-wise. Tell them you don’t want them to talk again until they are ready to tell you the complete truth. Hit them with the facts you know, maybe even some you assume. If you lie here, do so sparingly so that they can later correct you with the truth. Too many lies and you will tip your hand that you are just fishing.

Again, do not take notes here. You want to give the impression that you know everything, that you do not need to hear the subjects’ versions because you already have everything you need to convict them (or ground them or divorce them or whatever). If they do start to respond, interrupt them. Watch their body language. Some will get aggressive, leaning in, locking eyes and thrusting their jaws forward. Watch for these pre-attack indicators. A punch to the eye could be coming.

But also watch for the slumped shoulders, the sagging in the chair, the crying, the sigh of relief from knowing that the lies are over and the truth is out. When you get these behaviors, start to ask open-ended questions designed to get the subject talking about specific confessions. Things like, “I know what you did with him. I know when or I know where. I just have to ask you: Was it your idea or his?” These types of questions often get subjects to leap upon the “lesser” of two misdeeds. They usually do not even realize that in answering such questions, they are confessing to the fact that they did something that they were not supposed to have done. You can then go back and fill in the details with additional questions later.

Professional interrogators are just that — professionals. Their techniques are not rocket science or mysterious sorcery, but they work. Anyone can use them, but like any profession, those who are formally trained in their use and who use them often are better at it than those who are not. The same is true for those who try to beat the interrogator. Try these approaches the next time your 16-year-old comes home two hours late. It’s surprising how much you learn.

And if a professional interrogates you? Shut up and get a lawyer. 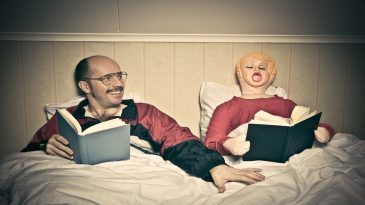 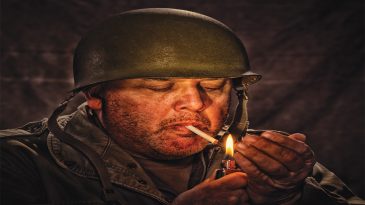